ALISON Hammond was chased away from the I’m A Celebrity castle today by security after trying to sneak in.

The presenter attempted to breach the castle walls for a laugh after being sent to North Wales by ITV’s This Morning. 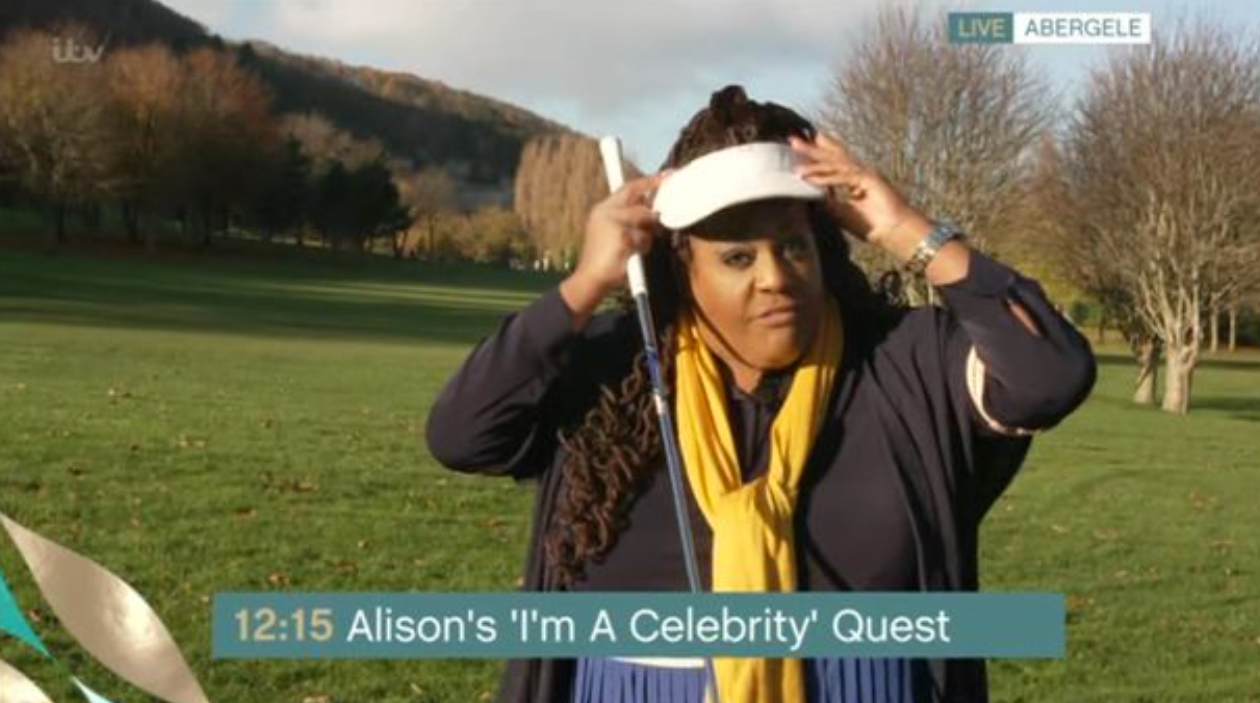 I’m A Celeb fans will remember Alison was in the jungle back in 2010, so she was desperate to get a look at the new Grwych Castle camp where the new set of celebs will live for the next three weeks.

She tried to get as close as she could to the Abergele landmark by approaching it from the golf club next door.

As This Morning hosts Eamonn Holmes and Ruth Langsford giggled in the studio, Alison marched across the course with her golf club in hand.

But the former Big Brother star was forced to hop in a golf buggy and speed off when a security guard pretended to give chase, as she screamed: “I’m a golfer! I’m a golfer!” 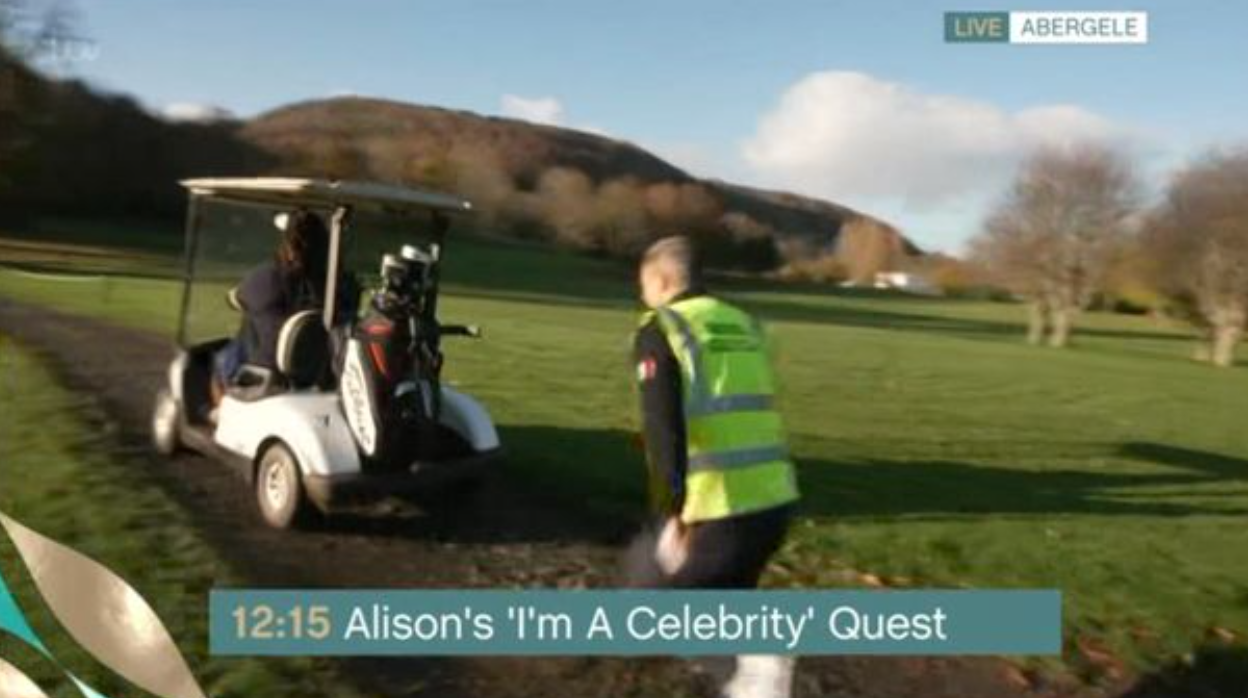 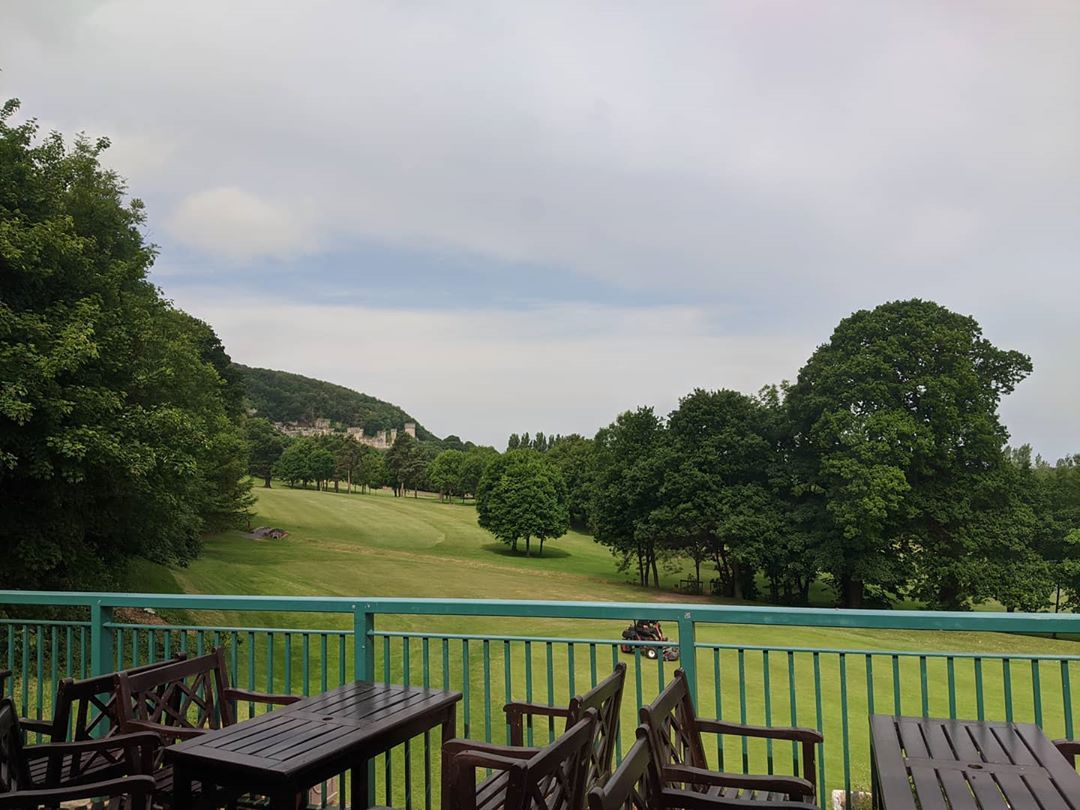 The Sun revealed I’m A Celebrity has banned nosy fans from ruining the series by closing the golf club for a whole MONTH.

Locals hoping to tee-off at The Abergele Golf Club have been told to stay away as the celebrity show is given priority.

The top golf club bordering the I’m a Celeb set has banned “pay and play” £40-a-round golfers while the ITV show is being filmed to keep out prying eyes.

Now only members who pay £730 a year can traipse around the course while Ant and Dec are in town.

Meanwhile, I’m A Celebrity big wigs are considering hosting alternate years between the Australian jungle and the Welsh castle.

Bosses are waiting to see how the new look show goes down with viewers before deciding.