THIS Morning fans were left stunned today by a concerned viewer who phoned in to ask if her pet rabbit is gay. 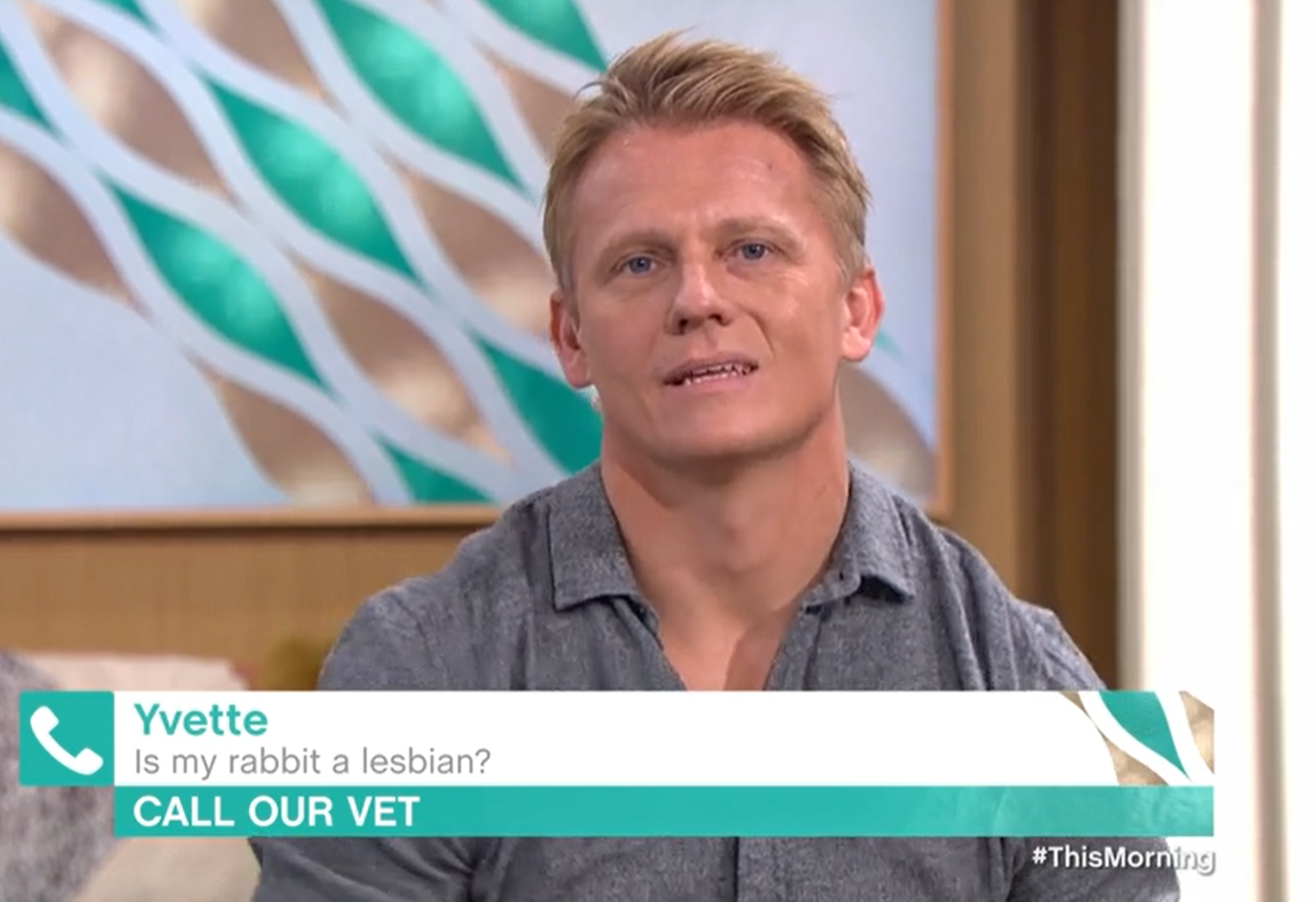 The fan admitted that her query was “a little awkward” when the conversation first kicked off, before going on to explain that she has two sister rabbits called Hovis and Willow.

She told Dr Scott: “Now they’re 21 weeks the little brown one, Hovis, is mounting Willow – the white one – and chasing her around the run.”

Having been briefed on the question that Yvette had initially phoned into the show with, host Dermot O’Leary held back giggles as he asked: “Your specific question, Yvette?”

But while she didn’t directly ask, the headline: “Is my rabbit a lesbian?” appeared on the screen, with Alison Hammond asking Dr Scott the question herself. 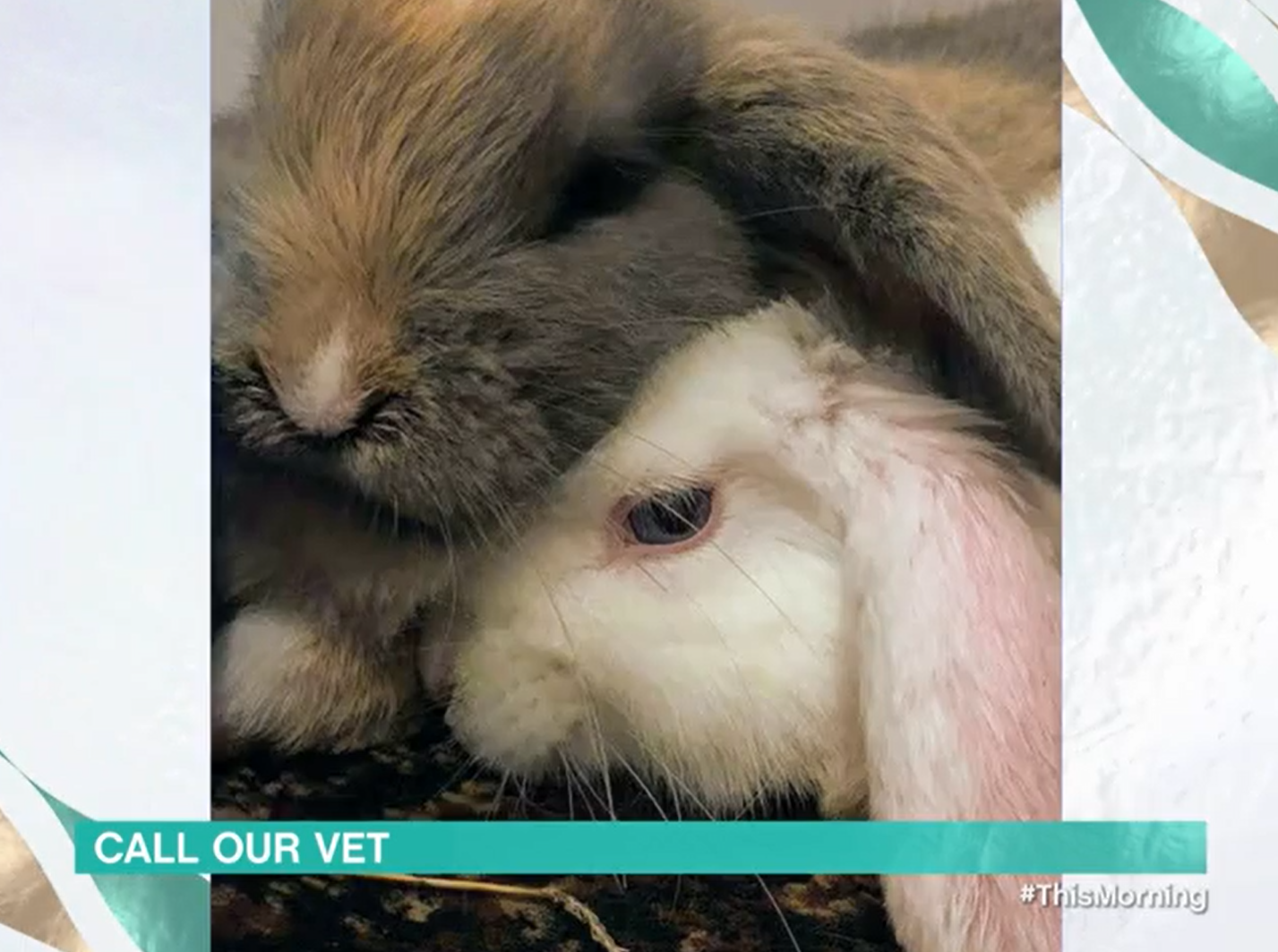 The animal pro was clearly taken aback as he smiled and explained: “A lot of animals can be gay, about 1,500 species of animals are known to show homosexual behaviour so it’s all very, very natural.

“Love is love, but in this particular case it’s territorial – two animals, two sisters, sharing the same room are going to fight. 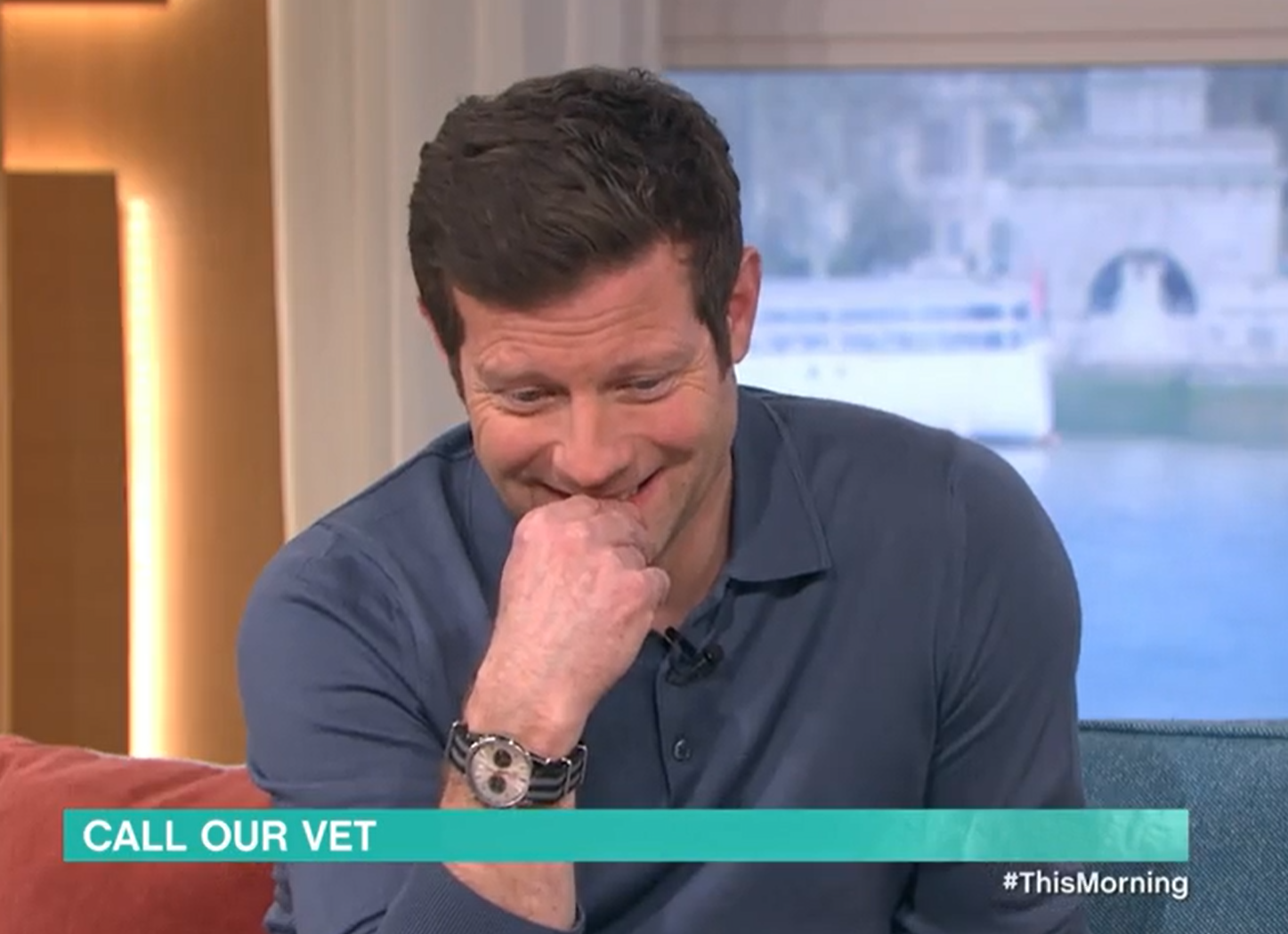 Host Dermot was clearly tickled by the whole thing

He added: “Neutering them will take away that hormonal need to protect their environment but this is very much a territorial thing and once those hormones dissipate those sisters will start behaving and being nice to each other.”

Viewers at home were shocked by Yvette’s concern, and flocked to Twitter to share their reaction to the query.

One fan wrote: “Is my rabbit a lesbian, seriously you are killing me!” 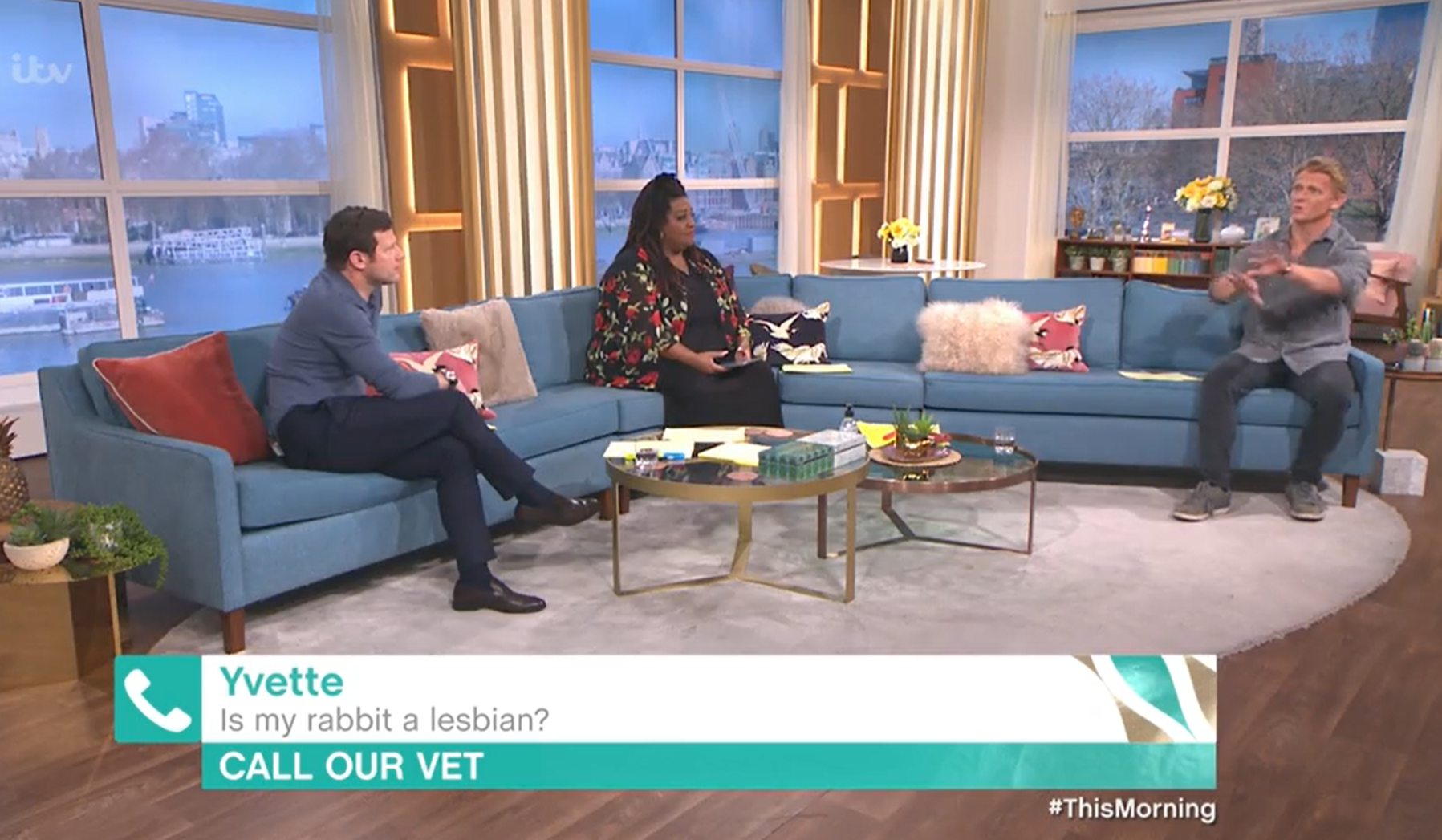 Dr Scott explained that while many animals can be gay, this was actually down to territory

Meet Honey the pet cow who loves watching The Chase, but less keen on Loose Women

Another added: “Just turned #ThisMorning on and saw the tag line ‘is my rabbit a lesbian?’ I love this show.”

A third echoed: “Is my rabbit a lesbian? Crying out loud”.

One more shared: “From aggressive budgies to lesbian rabbits. Oh my days.”

Animals were a huge focus in today’s instalment of This Morning, with fans in hysterics earlier on in the programme when Alison and Dermot interviewed a cow that loves to watch The Chase.