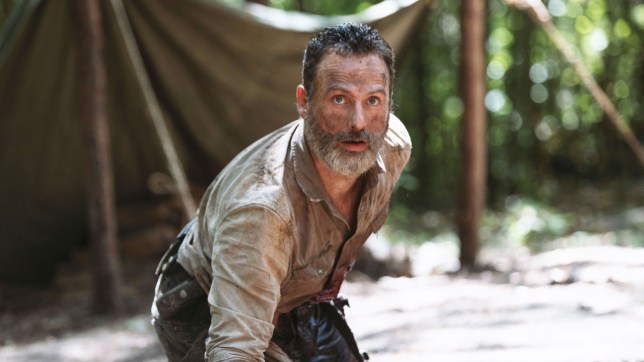 **Warning: This article contains spoilers for The Walking Dead. Read at your own risk.**

The Walking Dead: World Beyond has gone and dropped a major clue in regards to Rick Grimes’s whereabouts.

The character, played by Andrew Lincoln, was last seen being whisked away in a helicopter by Jadis (Pollyanna McIntosh) – who told someone over a walkie talkie: ‘I have a B.’

Viewers had no idea what this meant, as she pressed: ‘Not an A. I never had an A. He’s hurt, but he’s strong.’

And it looks as though we have finally found out what the code A and B stands for – and it’s not Alpha and Beta, thank goodness.

In a post-credits scene during the latest episode of World Beyond, we were treated to even more information about the CRM (the community behind the helicopter and Jadis). 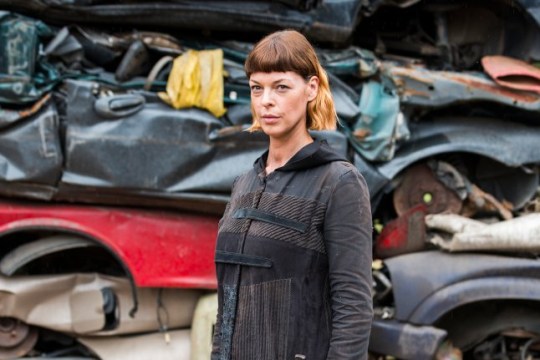 Rick was last seen being saved by Jadis (Picture: AMC)

‘Test subject displays no detectable response to psychological stimuli,’ she said. ‘Necrotic plasma and brain fluid are being drawn for further testing.’

The zombie she is working on happens to be Dr Samuel Abbot of Portland, Oregon – someone she knew before he died and came back to life in walker form.

But it’s what she calls her test subject which is the real clue, as she names her former colleague TSA402, while calling another A403. 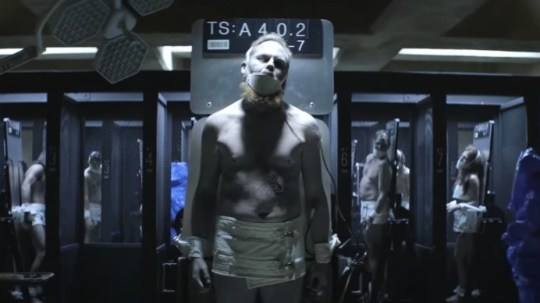 World Beyond revealed the mysterious A and B (Picture: AMC)

For years fans have been guessing what the letters stand for and we finally have an answer.

Those referred to as A are test subjects, and are being experimented on by the CRM with the hope of finding a cure.

And while B hasn’t fully been revealed yet, it’s possible those selected for this category are soldiers forced to serve the CRM.

Rick is currently on course to get his own trilogy of movies, which will reveal what happened to him after he left Alexandria in a helicopter.

Production is under way, although, there is no set release date as to when the movies will hit the silver screen.

Until then, we have season 11 to look forward to which will wrap up the show, as well as an anthology series in the New Year.

The Walking Dead will return to AMC and NOW TV next year.