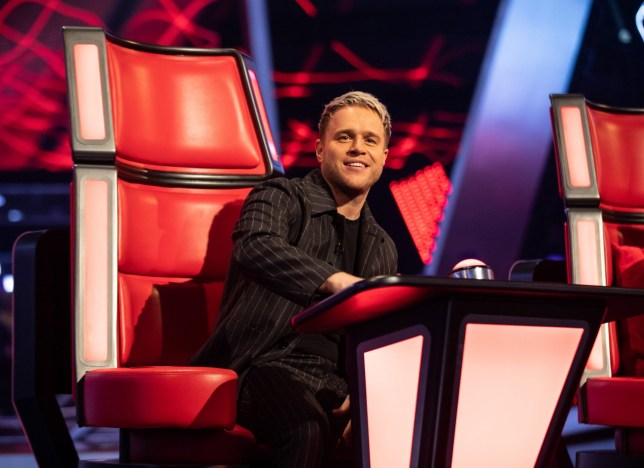 Olly Murs has lifted the lid on what fans can expect from The Voice as series 9 resumes (Picture: Rex)

The Voice’s Olly Murs has revealed the judges won’t be able to celebrate with the series nine winner when the show returns thanks to new coronavirus restrictions.

The current series is finally set to resume on Saturday after it was halted in March due to the pandemic, and it’ll be a very different show compared to when it was last on air.

Not only will Meghan Trainor be joining will.i.am, Tom Jones and Olly via a video link from the United States, but the winning coach won’t be able to hug the new champion once results are announced in the final.

Speaking to Metro.co.uk about the revamped show, Olly shared: ‘If one of us wins the final next week, we’re not even going to be able to celebrate with our contestant, it’s all going to be from a distance.

‘It’s going to be strange.’

The self-professed hugger confessed it was ‘very odd’ coming back to film The Voice with all the new rules in place amid the pandemic. 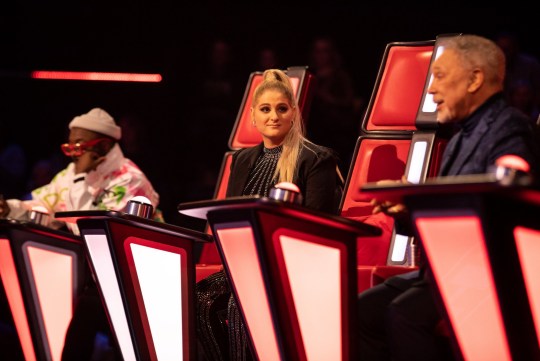 Meghan will be joining the show via video call (Picture: Rex)

‘As a show, it’s different and it’s a little bit strange, but we’re just learning how to cope with it all and make sure everyone is safe and we do the best possible show we can,’ he said. ‘That’s all we can do, really.

‘ITV has got this amazing wrap-around screen, so we’re able to zoom in and chat to different people on the screen at different points. It was really, really fun.

‘I think all us coaches were saying it was really nice to see the real fans in their lounges at home, watching the show. It was kind of surreal really.’

The Voice returns Saturday at 8.45pm on ITV.