LOVE Island is back for the summer and it’s set to be the steamiest season yet – at least according the the villa’s very cheeky decor.

And while we can’t get enough of the hot romantic hopefuls entering the villa this season, it’s their stunning home in Majorca that’s really got people talking.

The islanders’ luxury villa has been given a drastic glow up since last season and many fans have already picked up on some very suggestive details.

The sprawling villa features neon signs, suggestive motifs – including aubergines and bananas – and a bright and bold colour palette everywhere you look.

When the show aired on Monday night, viewers couldn’t help but notice the villa’s cute bunny stools in the vibrant living room.

But some suggested they weren’t as innocent as they first appeared with many comparing them to a very popular sex toy.

The season is set to be the steamiest overCredit: ITV 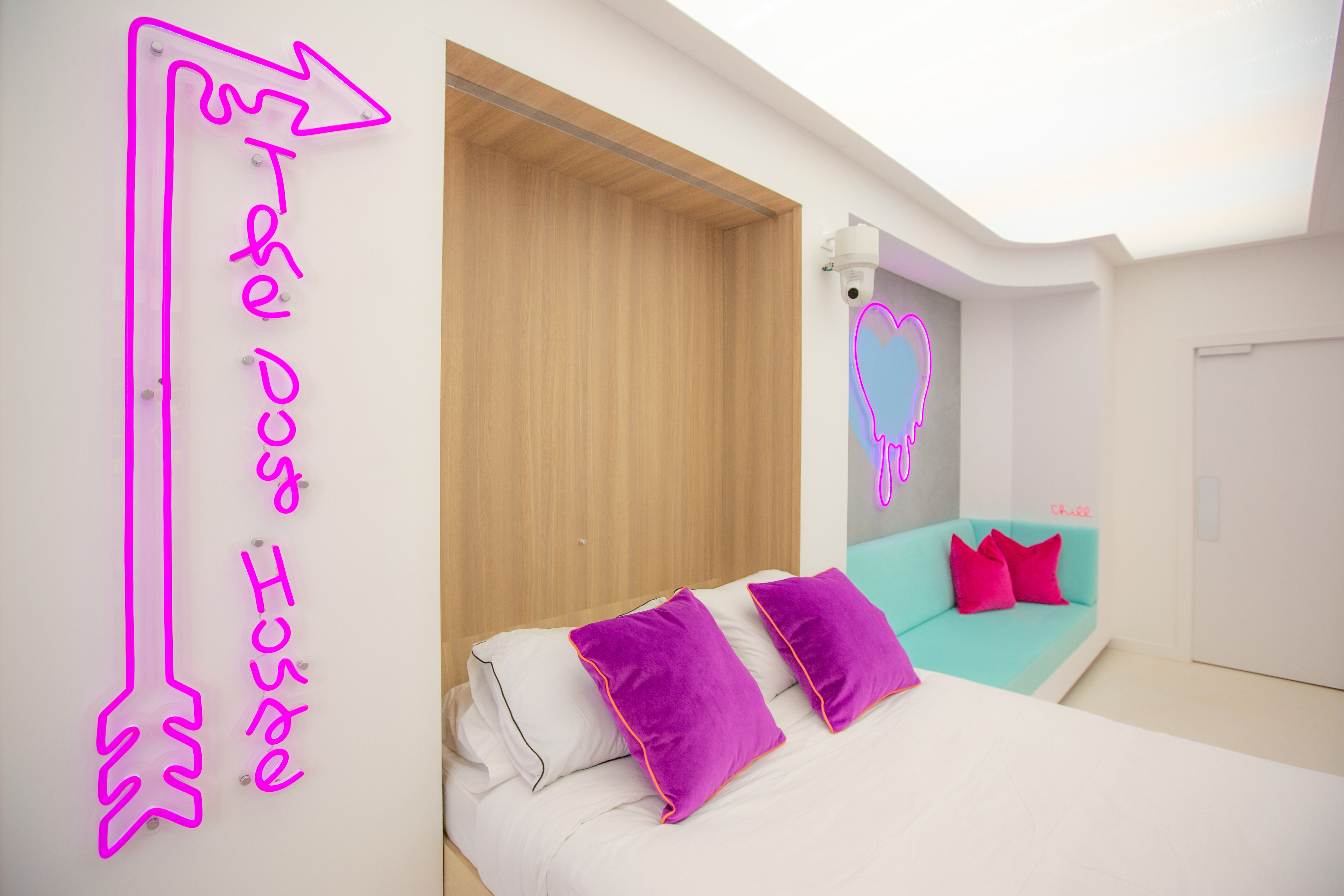 The villa is dripping with vibrant, neon decorCredit: ITV

Discussing their likeness to a Rampant Rabbit, one person wrote: “Is it just me or do those bunnies look like something else 🙃.”

While someone else added: “The decor has never been this sexualized.”

Even expert colour psychologist Lee Chambers agrees, who teamed up with Valspar to shine light on what the villa design actually means.

And he reckons there’s a reason for this cheeky interior design which will have Islanders coupling up in no time.

“If we take a closer look at the design this year, everything is dripping,” he said. 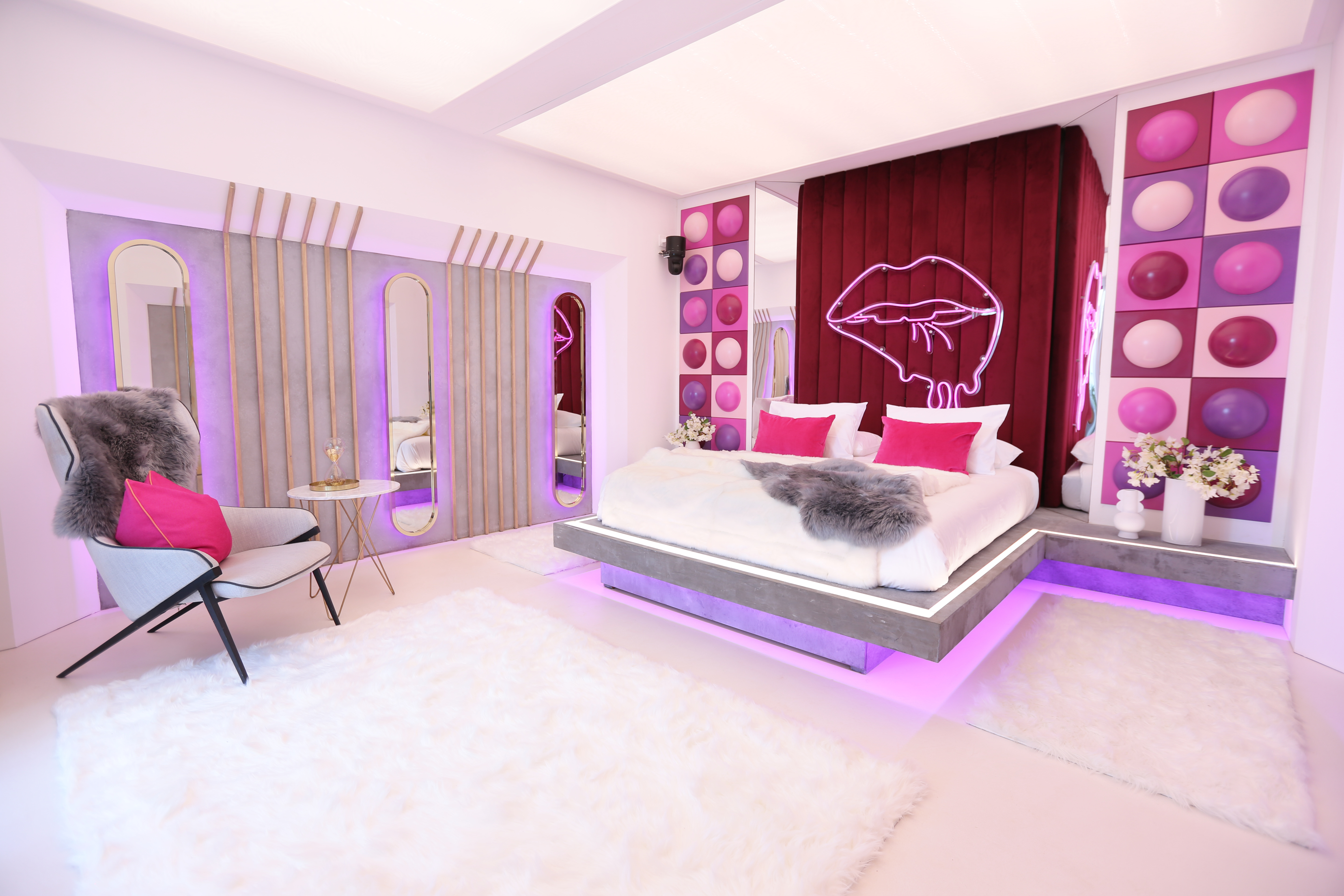 The bold colours chosen for the Hideaway will bring energy and action to the roomCredit: ITV 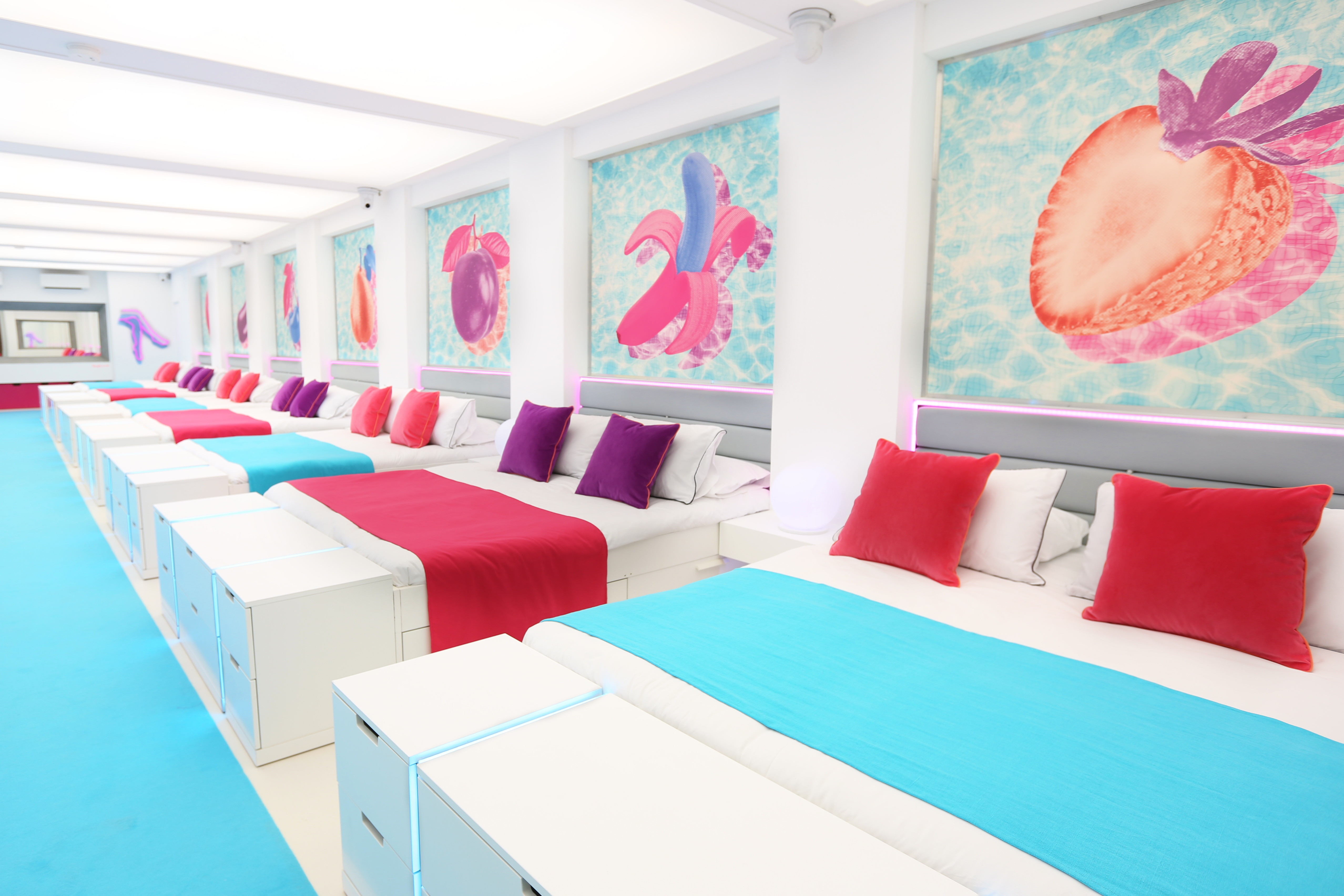 The bananas amplify the vision of eating and having a snackCredit: ITV

“The bananas, the hearts and lips. It is subliminally suggesting that there will be plenty of melting going on, and some fluidity in the relationship and friendship dynamics throughout the show. (And probably some snake-like behaviour being perpetrated, too.)”

He added: “It certainly gives permission for boundaries to be pushed when outlines are being melted away. The bananas also amplify the vision of eating and having a snack, but it’s not exactly a three course meal.”

And we bet there are a lot of singletons hungry for love after a very dry stint in lockdown.

So luckily the vibrant pink hues in the living room will bring “a social energy and encourage islanders to get conversation flowing.” 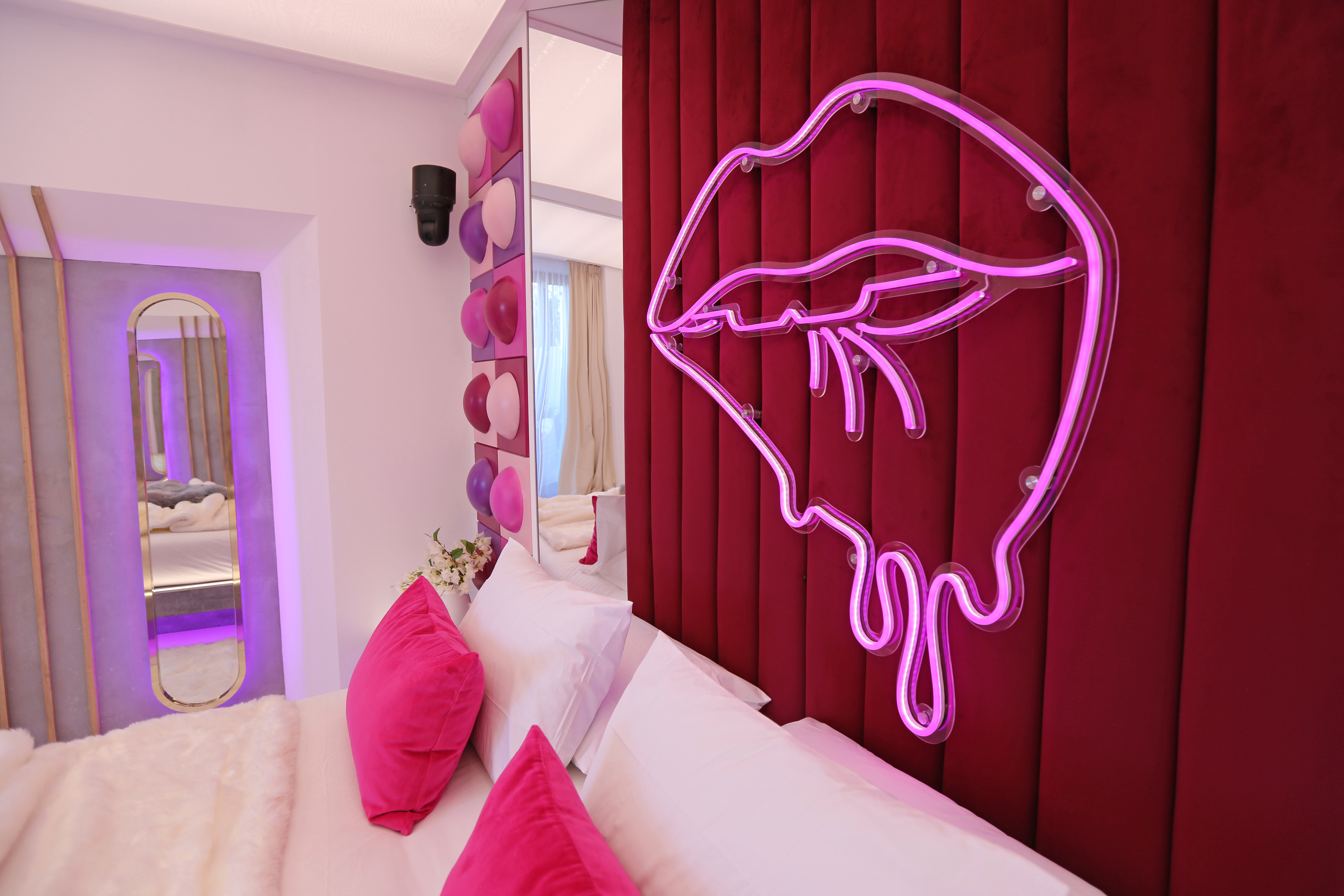 There’s a lot of dripping decor this seaso suggesting that there will be plenty of melting going onCredit: ITV 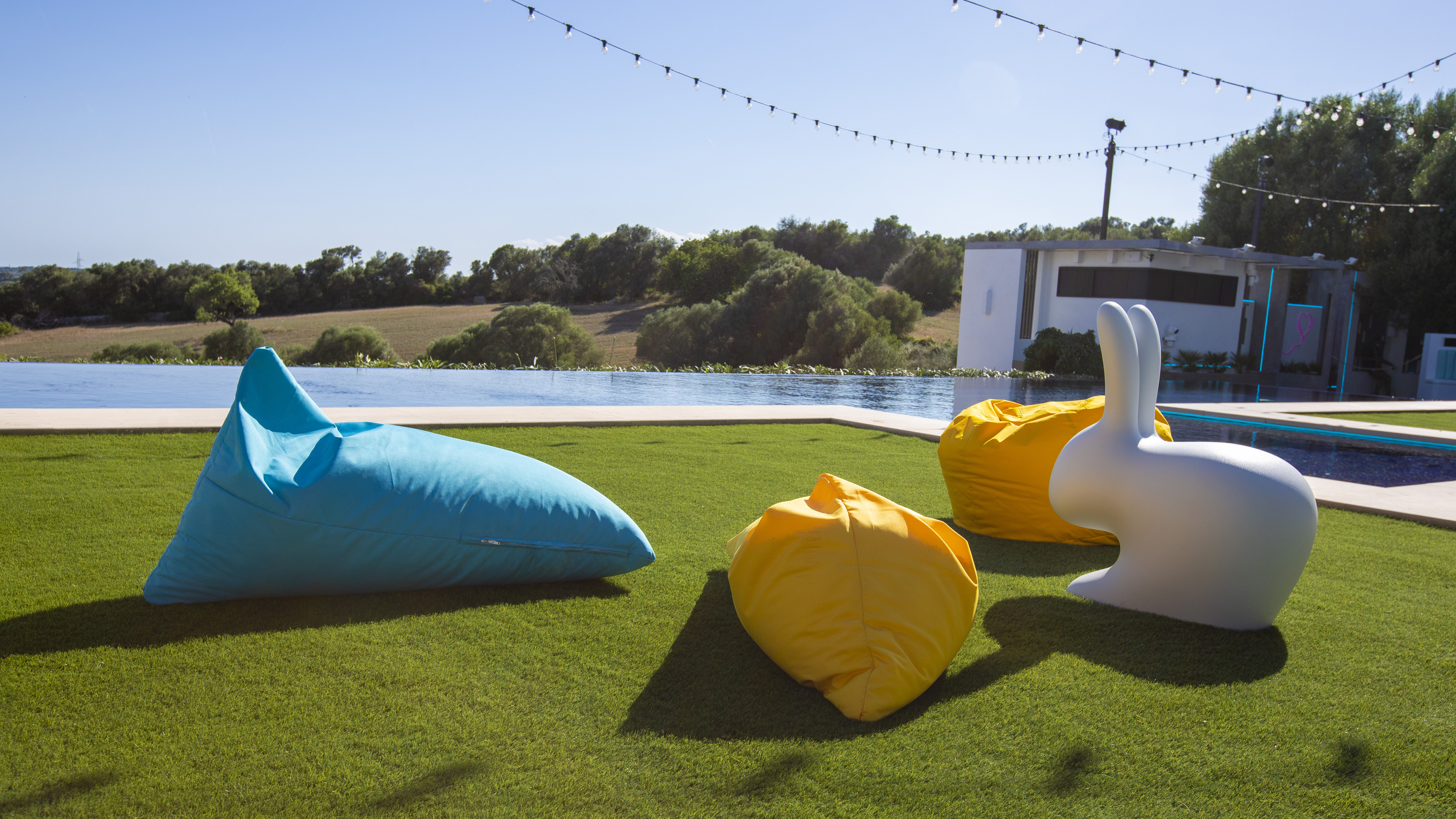 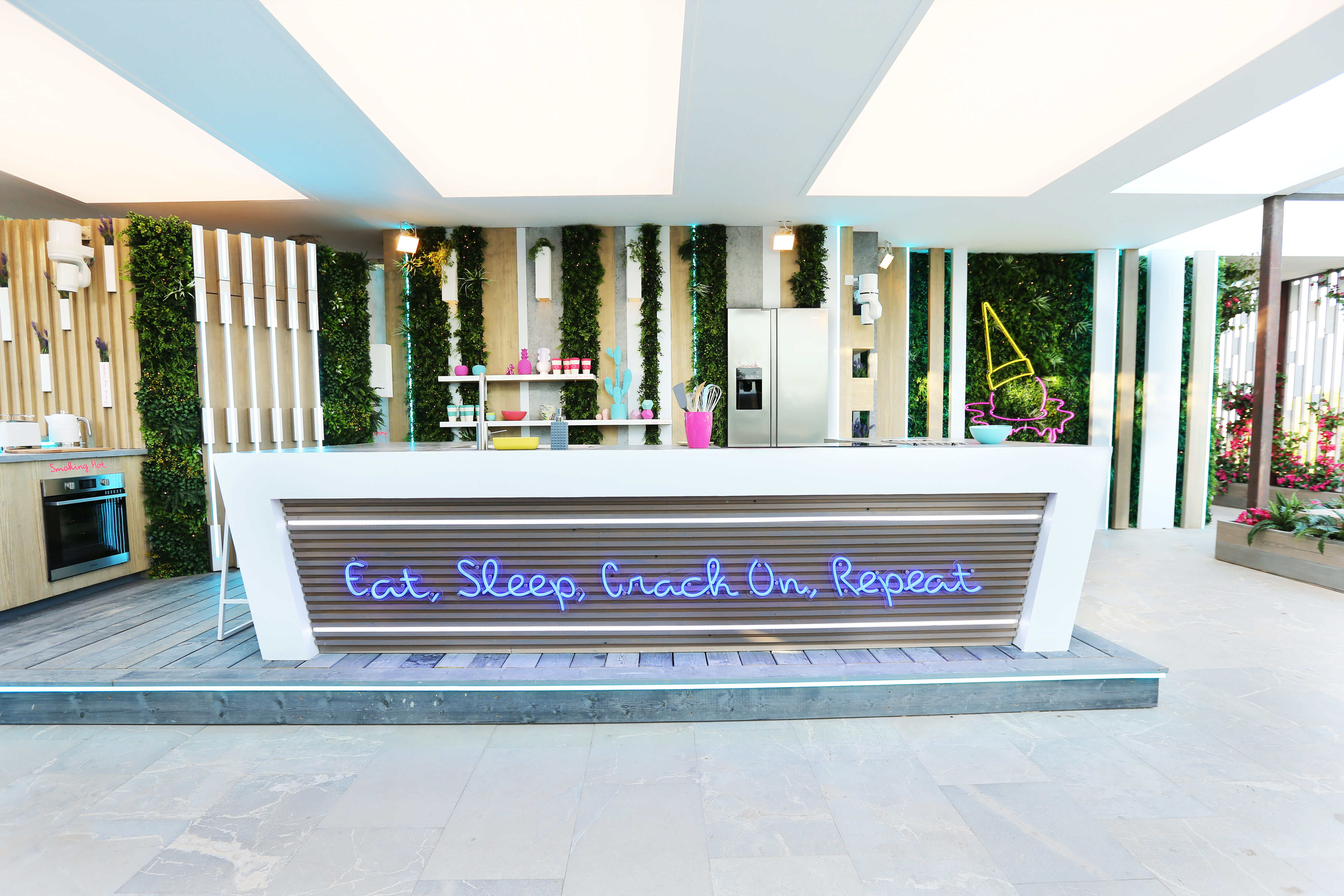 The villa also has neon signs throughout the house which can take us back to our childhoods for some fun and playfulnessCredit: ITV

Meanwhile, “the electric blue accents of the bunnies and decoration are there to promote that calm confidence in anyone who’s feeling just a little shy,” Lee explained

So it might mean sparks begin to fly sooner as the guys and girls begin to feel more comfortable around one another.

“And don’t forget the associations we have with neon colours, as they often take us back to our childhoods” Lee says.

“Expect a few of the lads to become seven year old boys, incredibly curious, asking lots of questions and pranking each other.”

It’s hard to ignore the symbolism of bunnies, bananas and hearts either, as these, alongside the energetic colours, “clearly scream for some quick coupling up.”

Bookies have already predicted that the series, which started this week, will be the raunchiest yet, with contestants set to get steamy within the first week.

The odds hint that this series will be a summer sex-fest, with Ladbrokes offering odds of 2/1 that ­contestants will have sex in week one – and it could be down to the colours chosen in the years villa.

As with previous years, the steamy hideaway is where most of the action happens in the villa as loved up couples become desperate for some alone time.

That being said, it’s “no surprise” then that the room is decked out in shades of deep purple and crimson which is set to bring energy and action to the room, according to Lee.

He says: “It’s no surprise to see bold colours in the Hideaway, as the design fuses the provocative power and royal mystery of purple with the stimulating sexuality of a heated pink. 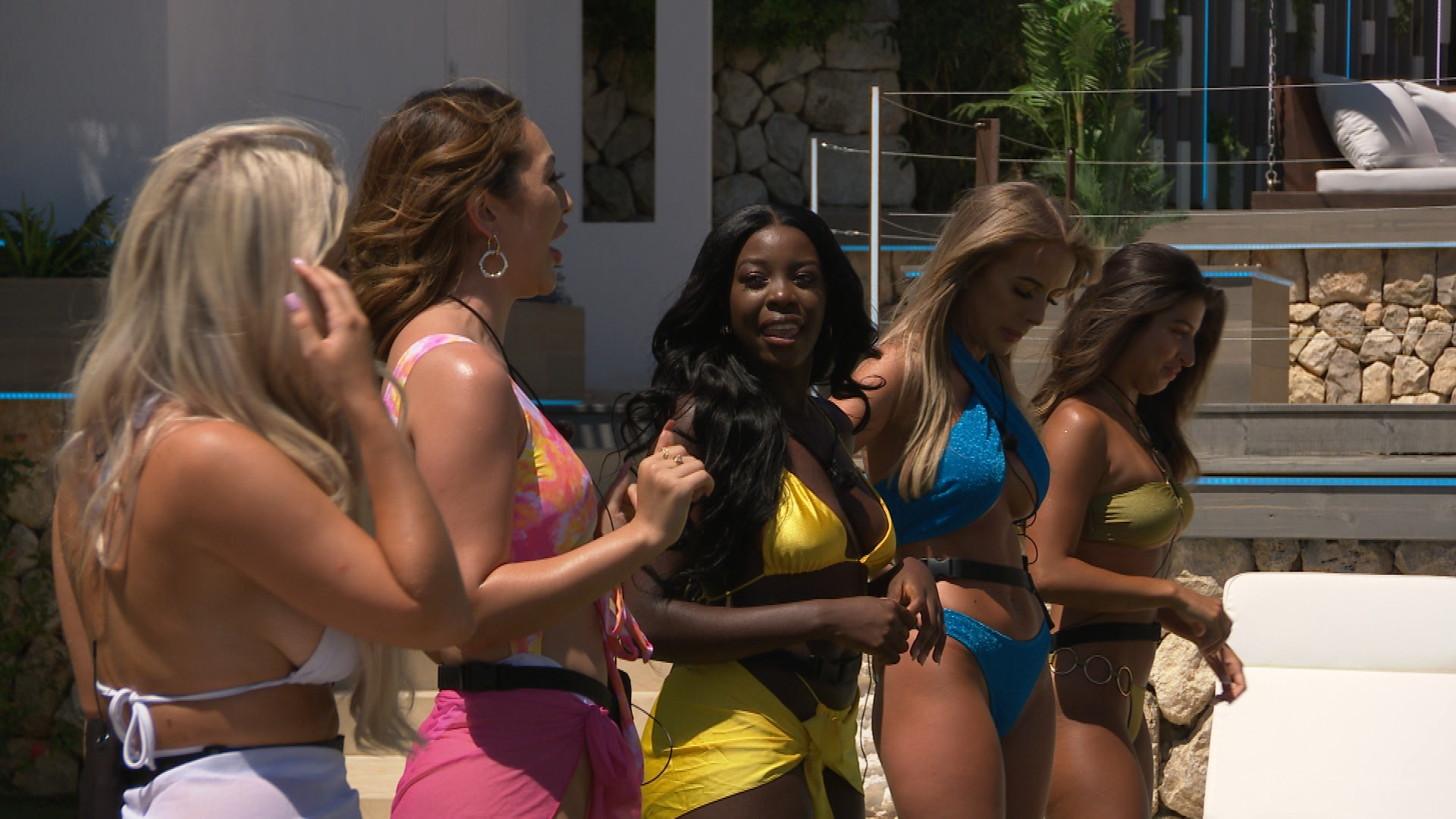 “When combined with fiery crimson, which promotes passion, energy and action, on a clean backdrop of pure and innocent white, the colour is popping – and the romance will be too.”

Even Love Island alumni Olivia Attwood is also predicting that the new islanders will be more keen than ever to have fun beneath the sheets thanks to being deprived during lockdown.

She said earlier this week: “We’ve all been locked up and everyone is ­looking to blow off some steam.

“In general, this could be a ­really good summer to be single and enjoying yourself.

“It’ll be good for the viewers if Love Island goes that way. The new series will be the perfect escapism from ­everything that is going on in the world at the moment and ­provide some light relief.”

For more Love Island news, we revealed which Love Island 2021 contestants are the most compatible according to their star signs?

And we revealed the Love Island secrets from waxing each others bikini lines to what happens when the cameras are off.