Singapore is a small country, its tight-knit music scene one that has historically been populated by a diversity of styles and generations of passionate, dedicated voices.

The latest project telling its story is Scene UnSeen, a documentary film set to premiere this Sunday (November 28) at the 32nd Singapore International Film Festival.

The film paints a picture of Singapore’s underground music history through the words of its practitioners and advocates: punk musicians from self-sustaining DIY communities, nomadic noise artists, starry-eyed indie rock musicians, music nerds with journalistic ambitions – all of whom galvanised a culture of alternative music in the country as best as they could.

The film has a unique story of its own: It was originally spearheaded by director Abdul Nizam, the drummer/singer of ’80s rock band The NoNames, before his passing from cancer in 2016, which halted production.

In the ensuing years, the film’s production team kept it close while embarking on other projects. But pockets of time – and a generous crew of contributors from different eras of Singapore’s music scene – allowed them to finally complete Scene UnSeen.

Now, in 2021, Scene UnSeen is ready to offer audiences both a portrait of the Singaporean underground scene’s colourful history, and an elegy to the individuals and spaces the country has lost since.

Read on for NME’s conversation with producer Panuksmi Hardjowirogo about the film’s six-year-long production process, working on the film with and without Nizam, and weaving an under-told narrative for a wider audience.

How did the project Scene UnSeen start and how did you get involved?

“I first met Abdul Nizam when I came to live here in 2004. When this project came to us, Abdul Nizam was the first person that I thought of because of the fact that he straddled the two worlds of music and film. It’s what was very entrenched in him – knowing the community – that really helped us connect with all its members.

“He passed away in 2016 when we were supposed to finish the edit of the film. We always agreed to make it a feature documentary. That was always the plan with Nizam but things happened – your life happens, you have projects – but we always had this in our minds.

“We knew it would be really time-consuming. We had the footage shot with Nizam, but [there was also the question of] how we were gonna tell the story. It could have been told in many different ways. But when he passed away, we continued to speak with people in the community as I worked closely with my partner Michel Cayla from M’GO Films.

“We were very fortunate during the unfortunate lockdown in Singapore that many of our projects were slowed down. So we took those months in lockdown to go through everything. Writer Mark Ravinder Frost, with Michel, devised the story of the film that you see in Scene UnSeen. We had a lot of footage, but we needed to tell a story that people here, and people outside of Singapore, would understand.”

As a filmmaker, how were you able to translate these stories to people who wouldn’t know these Singapore music scenes at all?

“I think we were trying to talk about it as a history of underground pop culture in Singapore. The music is the device of telling the story but, in fact, all these people have different situations that they live to continue working with their art, which is challenging here. I think one thing [was] to show a community that works within a DIY structure, who are able to stay perseverant, resilient, and sustainable through decades.”

“I think he wouldn’t have featured himself in the film as much as we did [in the final cut]. When we did find that footage, we felt it was important because he was no longer with us and he should also be part of the film.

“I was very fortunate to collaborate with Mark and Michel on this because, when you have different points of view, and so much footage, you have to find new things that would not make the film didactical.

“We also had two other people: we had Nina Chabra, who is an arts worker here, who helped us connect with the younger people in the scene, and also Shaiful Risan, who is a gig organiser for DIY shows.”

There’s a certain poignancy of the movie coming out now – we’re in a Singapore where Nizam and Chris Ho have passed on and where several underground or independent music venues, like the Substation, have shut down. How did you feel, when you finished editing the movie, to see what the country has lost?

“It’s interesting that you say that. When we were editing the parts [about] the Substation, we had already heard rumours that it might shut down or be revamped. Despite that, we felt it was even more important that we inserted it into the storyline because of someone like what [Substation founder] Kuo Pao Kun represented, and how he championed this community – the idea that, even though you weren’t a mainstream artist, you were always welcome to perform there.

“And I think there’s a little bit of that ethos in what different punk spaces were representing, and, at one point, Aliwal [Arts Centre]. You’re talking about spaces that are also representative of the ethos of the people who founded them, like Substation.”

“With a lot of people I’ve talked to about this project, they’ve said, ‘I didn’t know a scene like that existed in Singapore’”

The film is credited to “Abdul Nizam & friends”. Could you tell us more about the people behind the film?

“In the credits for the film, it’s ‘a film by’ and not ‘directed by’. For a film, unless you’re doing a documentary, it’s impossible to do it yourself. In this particular film, the credit covers the people who shot gig footage, devised the film, wrote the final narrative, edited the film. But it’s also the people who were generous with archival footage like [filmmaker] Eric Khoo, Suhaimi Subandie, Francis Frightful who gave us their old VHS tapes. The full list of names is really long.”

In the film, you explore the DIY scene in detail. It’s a self-sustaining scene that operates under most people’s radar. Was there any difficulty in getting people to share their stories?

“I think that’s where the ‘friends’ helped in this one. For example, Chris Ho only wanted to be interviewed by Nizam. Some of the interviews with punk musicians were done with Nina and Shaiful, because they’re part of that community. That was why we were able to get what we got – we did need people who can get an honest and candid response to some of the questions. You need somebody who can connect with them. That was important for us.” 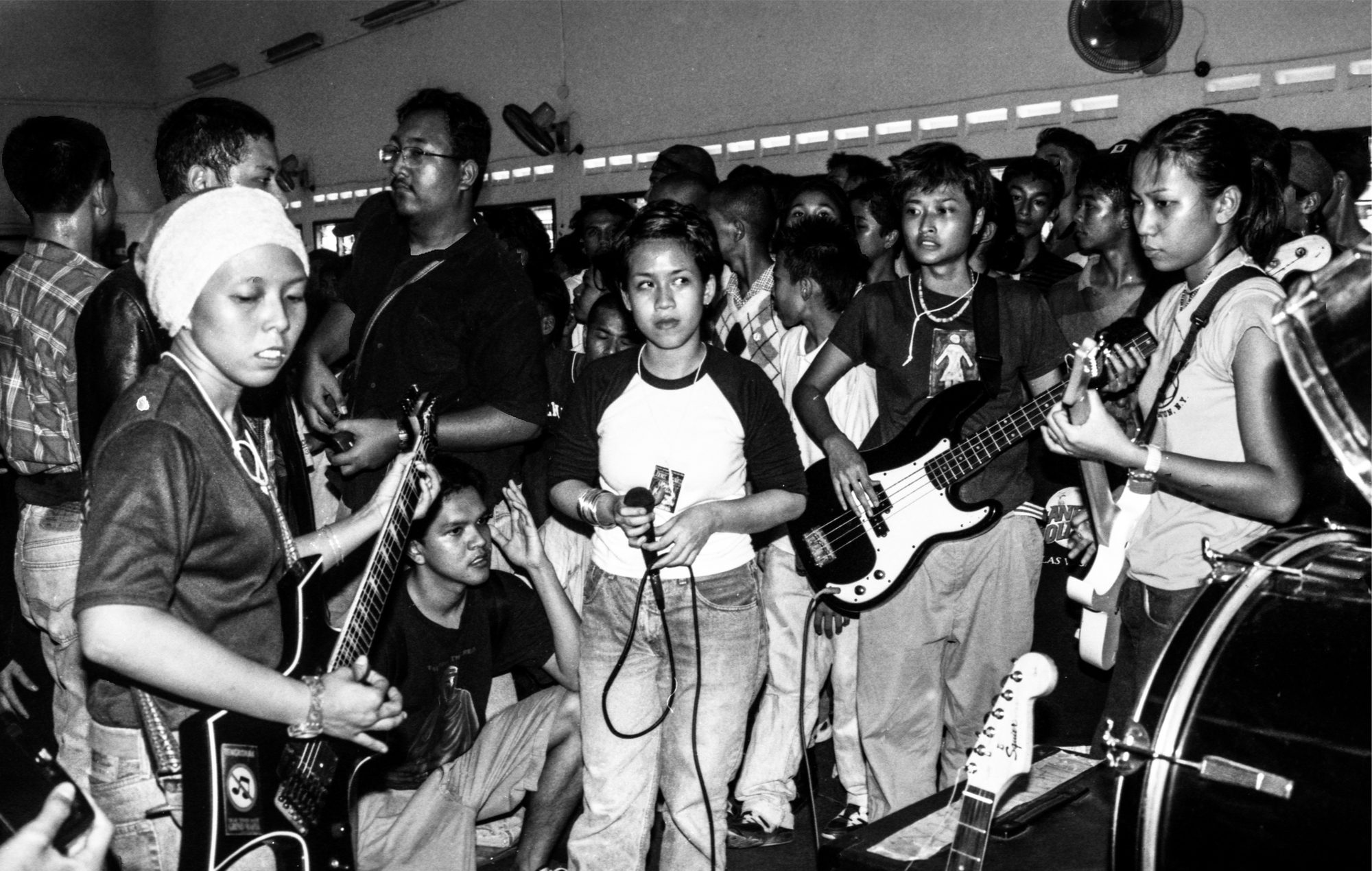 One narrative that hadn’t been covered as much before this film is the women in these scenes. How important was it for you to tell that side of the story?

“I would love to do that story alone, as a female producer. When we were doing the film, I saw these women in bands and I wanted to have a chapter in the story to talk about that.

“The more we delved into it, we realised that even though they were carving their own space, they have had to go through situations that have not been very comfortable. But the women in the scene are a bunch of courageous women, especially when they go on stage.”

Now that Scene UnSeen is finally coming out, what do you want audiences to take away from the film?

“I think the beauty of the film is that, depending on who you are, you’ll take away something different.

“Someone unfamiliar with this scene might walk away by saying, ‘Wow, all of these people are here’. But for people from the scene, they’ll be able to take another layer – they’ll understand the challenge of carving out these spaces.

“With a lot of people I’ve talked to about this project, they’ve said, ‘I didn’t know a scene like that existed in Singapore’. For me, it was just important for people who don’t see themselves in the mainstream. They still have their stories to tell.”