When officers arrive at the scene, Kathleen is dead, and found sprawled at the bottom of the staircase, in a pool of her own blood.

Now, this phone call – and the subsequent trial that saw Peterson sentenced to life in prison for the murder of his wife Kathleen – are the subject of a finely acted, absorbing, and affecting mini-series, The Staircase, from executive producers Antonio Campo and Maggie Cohn.

Bafta and Oscar winner Colin Firth stars as Michael Peterson, alongside Toni Collette as Kathleen Peterson, who both deliver weighty, complex, encompassing and dynamic performances, leaving us hooked after only seeing five of the eight episodes, with the last three currently unavailable to the press. 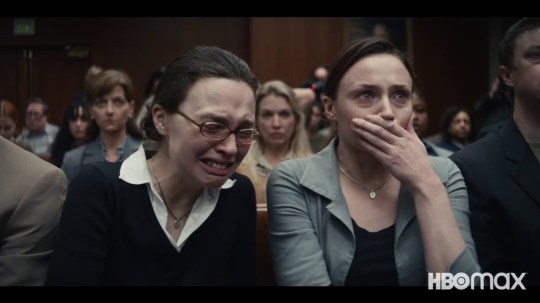 The series is a dramatisation of a French team’s initial mini-series called The Staircase documenting Peterson’s trial, which was directed by Jean-Xavier de Lestrade, and was released in 2004.

In 2012-2013, Lestrade returned to film Peterson and his family, covering the following developments in the case, which were released in a two-hour special – which was released on Netflix as a 13-part series in 2018.

During his defence, Peterson claimed that he’d been outside at the pool on their Durham residence at the time of Kathleen’s ‘fall’, and that his wife must have lost her footing after mixing alcohol and Valium, leading to her untimely death. 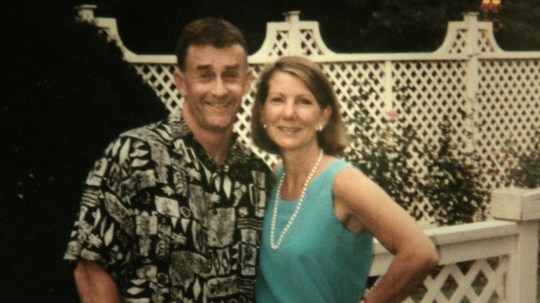 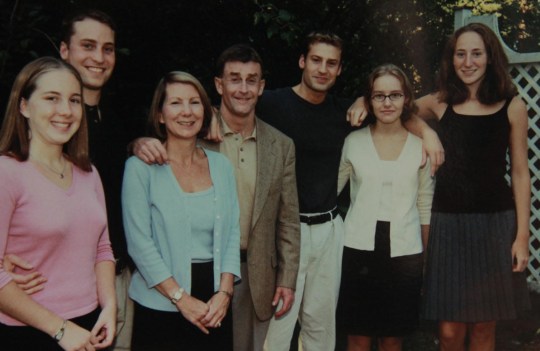 The series is based on the true-crime documentary by a French company that followed the trial (Picture: WhatsUp / Netflix)

However, an autopsy found that the wounds on Kathleen’s head were consistent with blows from a blunt instrument, and police at the time said it would have taken her 90 minutes to two hours to die from her wounds, after significant blood loss.

During the trial, it was suggested that the lacerations on Kathleen’s head were caused by a ‘blow-poke’, a hollow instrument that had been a gift from Kathleen’s sister but had gone missing from the residence during the investigations. 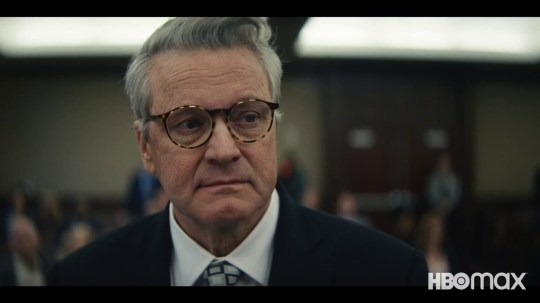 Colin Firth is psychologically complex in his depiction of Michael (Picture: HBO Max) 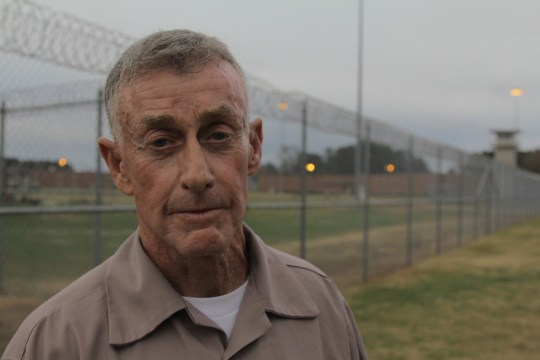 Michael Peterson went to jail for 89 months for the murder of his wife Kathleen (Picture: Netflix)

Peterson was then linked to the death of another woman – Elizabeth Ratliff – a friend of the Petersons and godmother to their children – who had died in similar circumstances to Kathleen in Germany in 1985, with Peterson the last person to see her alive.

There were also a number of clues that led the prosecution to Peterson, and he was found guilty of her murder in 2003 – serving 89 months. However, in 2017, he was allowed to walk free after entering a plea deal that allowed him to maintain his innocence but acknowledge that the prosecutors have enough evidence for the conviction, with the official verdict labelling him guilty (known as an Alford plea). 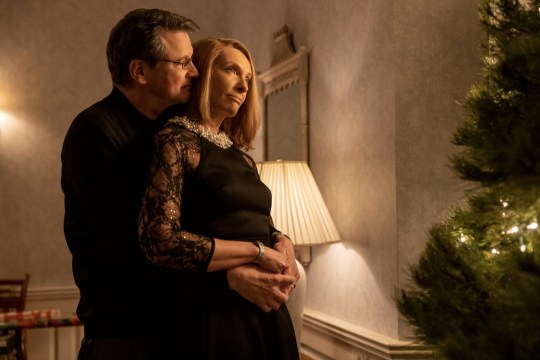 Firth is captivating as our protagonist, and he manages to embody much of his complexity, as well as the inability to really pin him down psychologically – bringing all the disparate parts of his character into a single thread.

Despite maintaining a tense and taught atmosphere throughout, in episode 5 we’re taken more deeply into the story of the French production team, and Binoche’s character is explored, which does mean some of the suspense is lost.

Overall, however, The Staircase forces us to confront many of life’s big themes: be them sexuality, death, appearance and reality. It’s smoke and mirrors: what’s real and what isn’t will never be determined, all we can do is plough ahead and piece together the evidence that’s available.

At the end of the original docuseries, we see Peterson, alone. He speaks to the camera, revealing that he’s unsure what life is really about. The camera pulls in for a close shot on Peterson’s face, as he reads from Shakespeare’s Romeo and Juliet.

‘All are punished’, he says, as he looks behind the camera’s lens, towards the producers and into the horizon.

The Staircase is released on Sky Atlantic and Now TV on May 5. It will also be released on HBO in the US.