Speaking exclusively to NME, the show legend – who was one of the original writers on the animated sitcom in 1989, said: “One of our writers, the guy whose episode predicted Donald Trump as president, said it best: ‘If you write 700 episodes, and you don’t predict anything, then you’re pretty bad. If you throw enough darts, you’re going to get some bullseyes…’”

The show’s most recent prediction came true earlier this year, and centred around Virgin Galactic boss Richard Branson spending time in space (which they included in an episode that aired in 2014). In years prior, fans have commented on scenes that seemed to predict the tragic events of 9/11, Vegas entertainers Siegfried and Roy being attacked by a tiger and even the emergence of COVID-19.

“The 9/11 one is so bizarre,” says Jean. “In the World Trade Center episode, [‘The City of New York vs. Homer Simpson’], there was a brochure reading $9 a day with an 11 styled up like the towers. That was in ’96, which was crazy, like this insane coincidence. But mostly it’s just educated guesses. Stanley Kubrick made the movie 2001: A Space Odyssey in 1968 and there’s Zoom and iPads in it – but that’s because he had futurologists helping him construct what the world might look like in 30 years time.”

The Simpsons recently celebrated Disney+ Day (November 12) with a new short film, entitled The Simpsons in Plusaversary. It’s the third Simpsons short since the cartoon’s acquisition by Disney in 2019 – and follows March’s Star Wars/Simpsons mash-up The Force Awakens from Its Nap’ and July’s Simpsons/Marvel collab The Good, The Bart and the Loki. Disney+ Day commenced 10 days of new content releases and fan experiences taking place around the world. 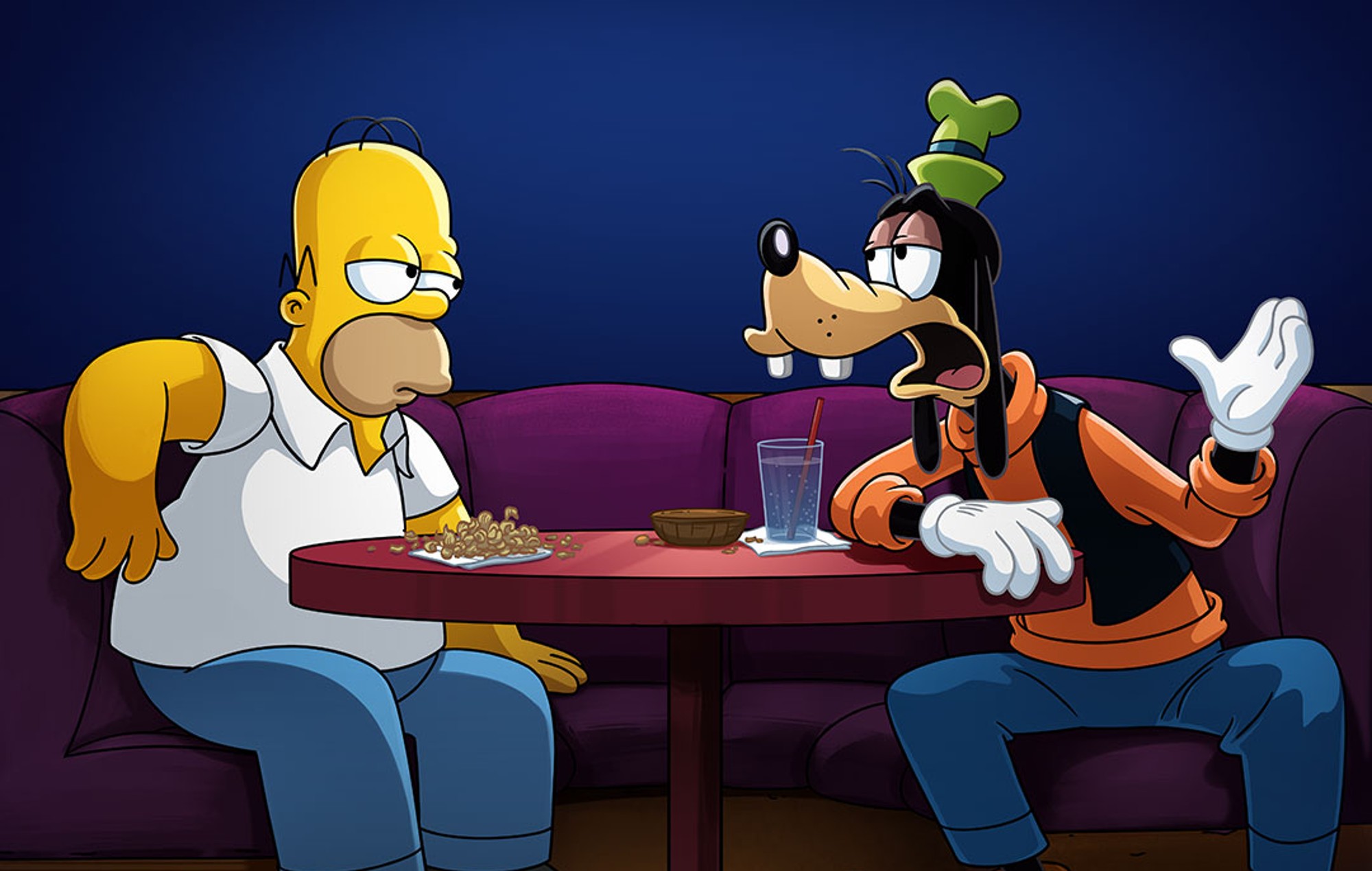 Jean also went on to say that he wouldn’t be surprised if there was another Simpsons movie at some point down the line.

“We’re cursed by high ratings,” he says. “We’re still on the air as a TV show and that takes up a lot of time. I worked on the [first] movie simultaneous to the show, and it nearly killed the animators. But we have an idea, it’s just that we’re waiting to see what the environment is. Do we want to do it as a streamer? In theatres? Animation has been the slowest to come back to theatres. But now that [ages] five and up are getting vaccinated [in America], the business might resume. We’re in a wait-and-see mode. But there’s definitely the germ of something there.”