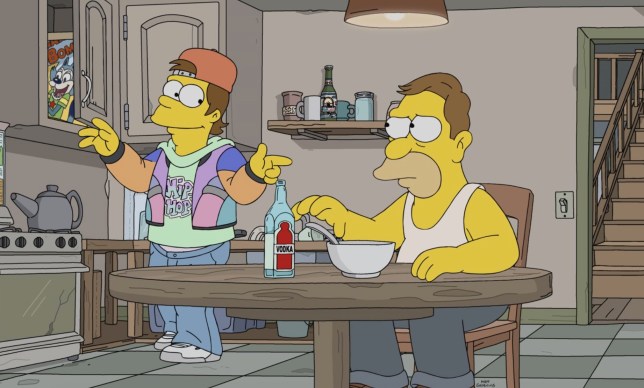 Homer is given a makeover in the new episode (Picture: Fox)

The Simpsons’ has rewritten its own history in the latest episode of season 32 – and fans aren’t happy about it.

The future-predicting animated sitcom took a trip to the past this week in Do PizzaBots Dream of Electric Guitars?, with Homer remembering the 90s as a teenage wannabe DJ.

While this does fit in with his permanent age of 39, its inclusion throws years of show history out of the door – including Homer and Marge meeting at high school in the late 70s.

Seeing as the series launched in 1989, most of the early episodes are (in theory) blipped out of existence.

The Simpsons has never been afraid to tweak its own timeline in order to adjust to current events, and previously Homer was seen joining an early 90s grunge group, but for some reason this latest flashback episode has left fans thinking its a step too far.

In theory, it means an adjustment of their entire timeline – meaning classic episodes now either ‘didn’t happen’ in the Simpsons world. 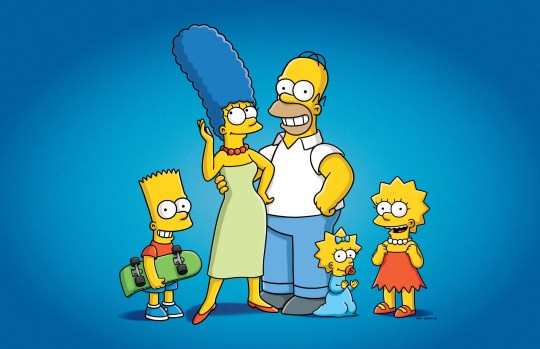 The cartoon family have remained the same age since 1989 – and that’s caused a couple of problems (Picture: Fox)

‘Homer was now a teenager in the late 90s, meaning his hypothetical birthday is later than Bart’s was at the start of the show,’ one wrote. ‘Homer is now younger than Bart. HOW LONG CAN THEY KEEP IT UP THO.’

Another argued: ‘…this means Maggie (who wasn’t born) didn’t shoot Mr. Burns. Perhaps it was the young 90s kid Homer.’

Others supported the move from a logical standpoint, and said: ‘I mean, technically that makes sense. As the show moves forward but the characters don’t age their birthdays would keep moving up. Homer is in his late 30s/early 40s so he’d have been born in the early 80s, making him a teen in the 90s.’

‘I don’t care because lol who’s still watching The Simpsons,’ added another. ‘But it is funny that they even make the effort to do this.

‘They’re thinking way harder about their sliding timeline than a sitcom should ever have to.’

Do PizzaBots Dream of Electric Guitars? featured JJ Abrams as a guest star in a flash back episode about dreams not being achieved.

In the episode, Homer’s DJ career stalled quickly at a kids pizza joint Razzle Dazzle’s, where he got to create songs dedicated to the joy of pizza and control animatronic animals.

However, after finding success with his song parodies, his world collapses when it’s discovered Razzle Dazzle’s was a drug front.

The series has been renewed for at least another season, with the show passing a landmark 700 episodes.

The Simpsons is available on Disney Plus in the UK.