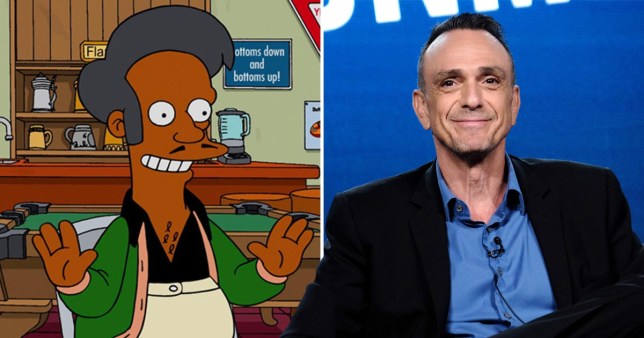 Hank Azaria has apologised for voicing Apu on The Simpsons (Picture: Fox/Getty)

The Simpsons voice actor Hank Azaria has apologised for portraying Apu Nahasapeemapetilon and says he feels like he needs to ‘apologise to every Indian person’ in the US.

It was announced last January that the star would be stepping down from the role after years of controversy surrounding the depiction of the convenience store worker as an over-the-top accent was used by a white man.

‘I really do apologise,’ Hank said as he addressed his departure from the character.

‘It’s important. I apologise for my part in creating that and participating in that.

He continued on the Armchair Expert podcast hosted by Dax Shepard and Monica Padman: ‘Part of me feels like I need to go to every single Indian person in this country and personally apologise. And sometimes I do.’

Hank’s comments come after he previously said he was happy to step aside for someone else to take over the character. 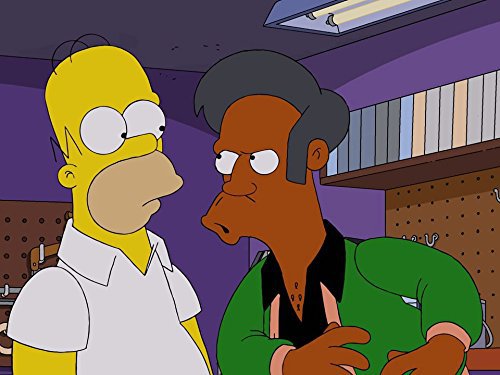 Apu will be recast (Picture: Fox)

‘All we know there is I won’t be doing the voice anymore unless there’s some way to transition it or something,’ Hank told SlashFilm.

He added of the main character’s future: ‘What they’re going to do with the character is their call. It’s up to them and they haven’t sorted it out yet. All we’ve agreed on is I won’t do the voice anymore.

‘We all made the decision together. We all agreed on it. We all feel like it’s the right thing and good about it.’

Last year show creator Matt Groening confirmed that Apu won’t be written out of the long-running show despite the accusations of racism.

‘Yes [he will stay on the show]. We love Apu. We’re proud of Apu,’ Matt told a young fan during Disney’s D23 Expo in August, as reported by Variety.

The Simpsons is available to stream on Disney+.