THE One Show’s Alex Jones fought back tears after a tribute to a hero doctor took an emotional turn.

A segment in the BBC programme showed a retired doctor receive a special thank you for her hard work in the community. 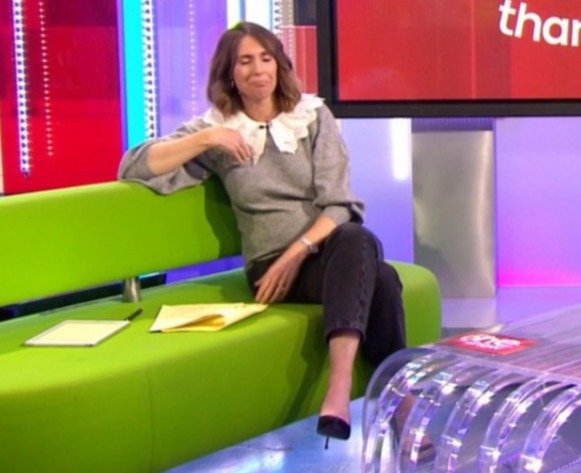 Alex Jones fought back tears after the show’s tribute to a hero doctorCredit: BBC

The 44-year-old presenter was choked up after she watched the emotional clip.

Alex said: “We are so grateful to people who have gone above and beyond in this last year.

“And every Thursday as you know we like to say than you to one of those people.”

Co-host Amol Rajan added: “When the pandemic hit, retired doctor Kate was considered clinically vulnerable and had to shield, but it’s safe to say she’s kept herself busy.” 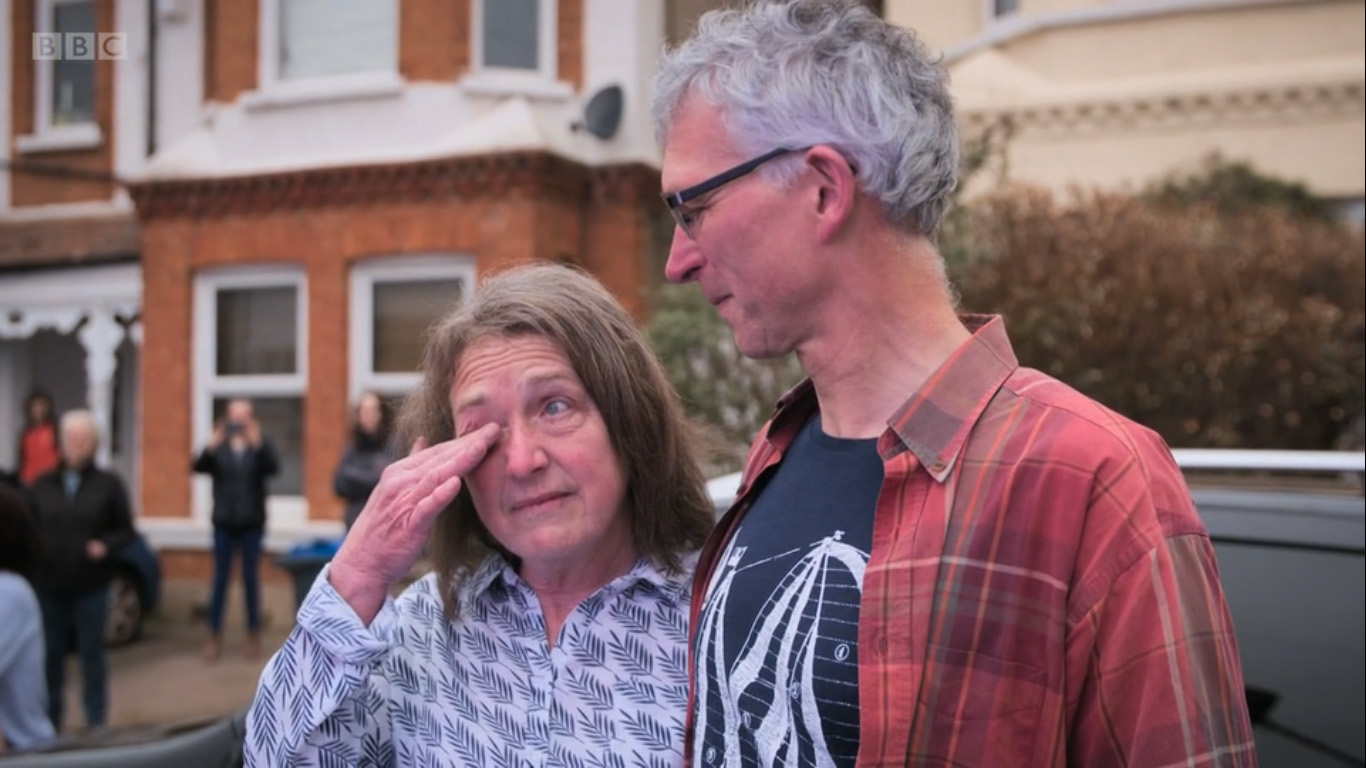 Retired doctor Kate got emotional after she was surprised by her communityCredit: BBC 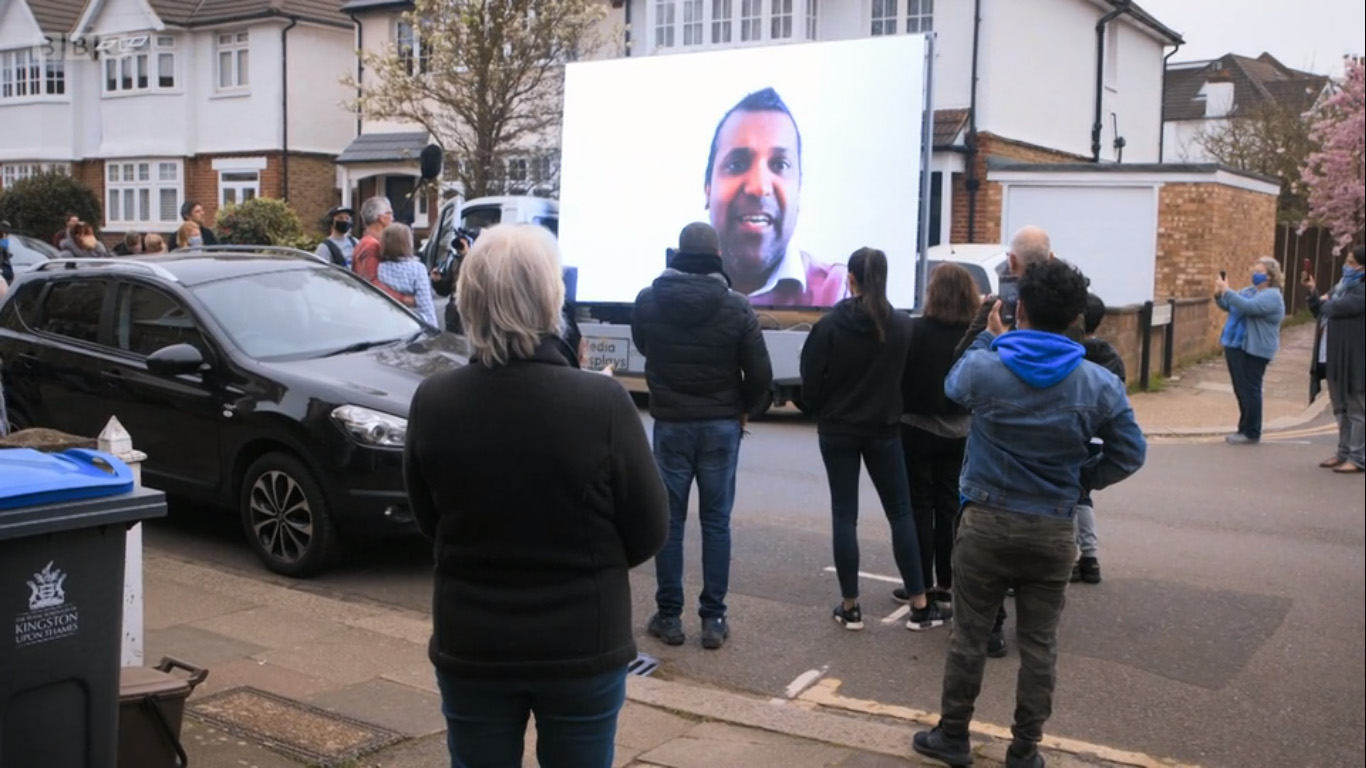 A series of people from the community thanked Kate for her supportCredit: BBC

Kate’s friend nominated her for The One Show’s big thank you, explaining: “I want her to appreciate the impact that she has had.

“She was frustrated by the lack of PPE available. She was one of the founding members of sewing for Kingston, who made and distributed over 50,000 items to front line workers across the UK.”

Another friend explained that she was determined to rally teams of together and found ways of allowing people to use their talents to support front line workers.

Kate has also provided help for refugees, homeless and anyone who needs additional food or clothing. 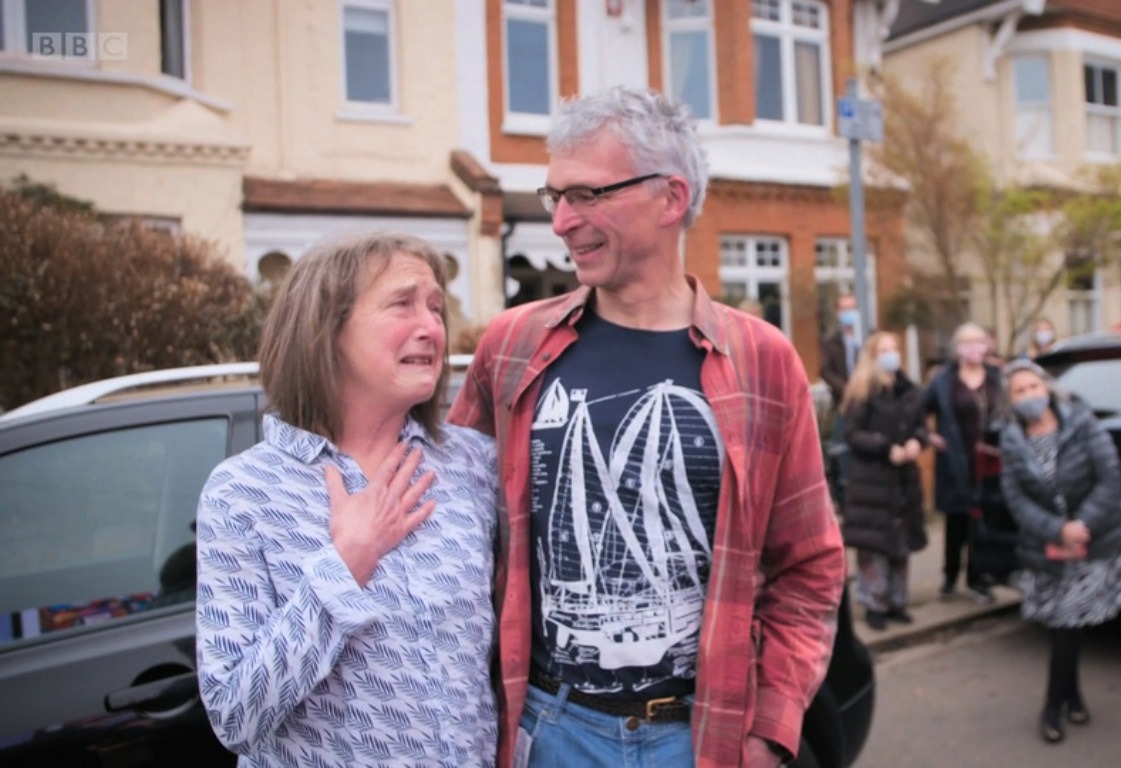 The touching messages left her in floods of tearsCredit: BBC

Kate was left in shock after the team surprised her by getting presenter Dermot O’Leary to phone her up live from Radio 2.

Dermot asked Kate to step outside her front door where she was met by a crowd of people cheering her on.

The retired doctor immediately became emotional as she watched a series of clips from family, friends and people in the community thanking her for all the hard work she had done.

Kate was left in floods of tears as she listened to the touching messages including from some famous faces like journalist Andrew Marr and comedian Joe Lycett. 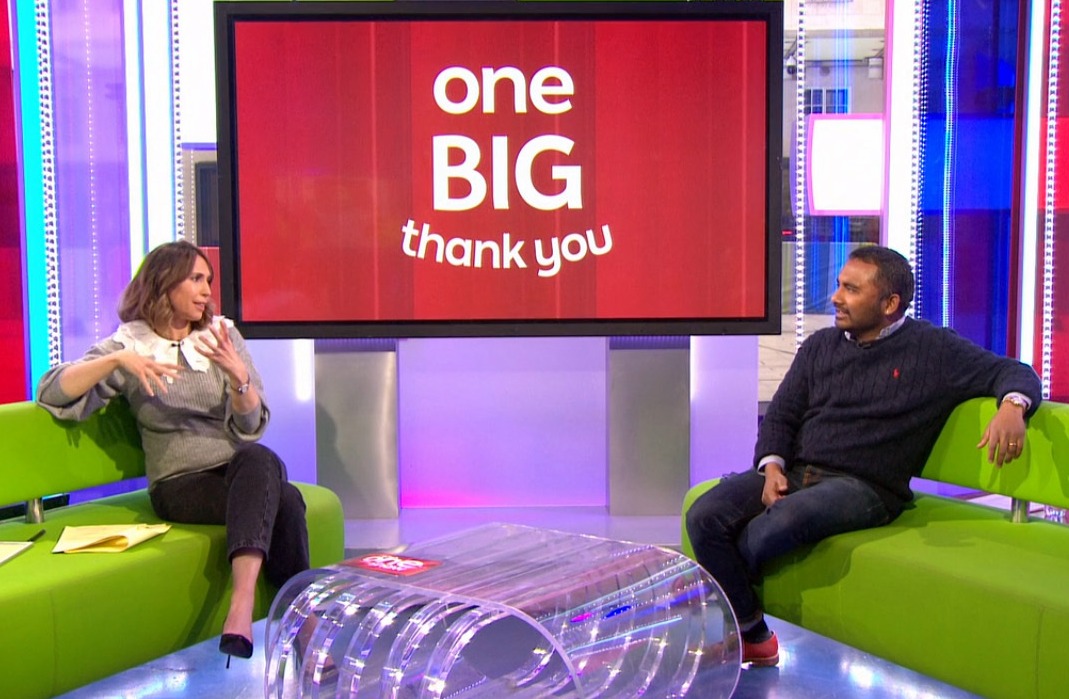 Alex was touched by the clipCredit: BBC

Following the segment, an emotional Alex said “one of the best” [thank yous] they had done.

Amol agreed: “That’s got to be one of the best of all time.”

The Welsh star fought back her tears, adding: “One of the best. And the way her husband was looking at her. That got me.”

The TV host recently showed off her baby bump in a floral dress after revealing she is pregnant with her third child. 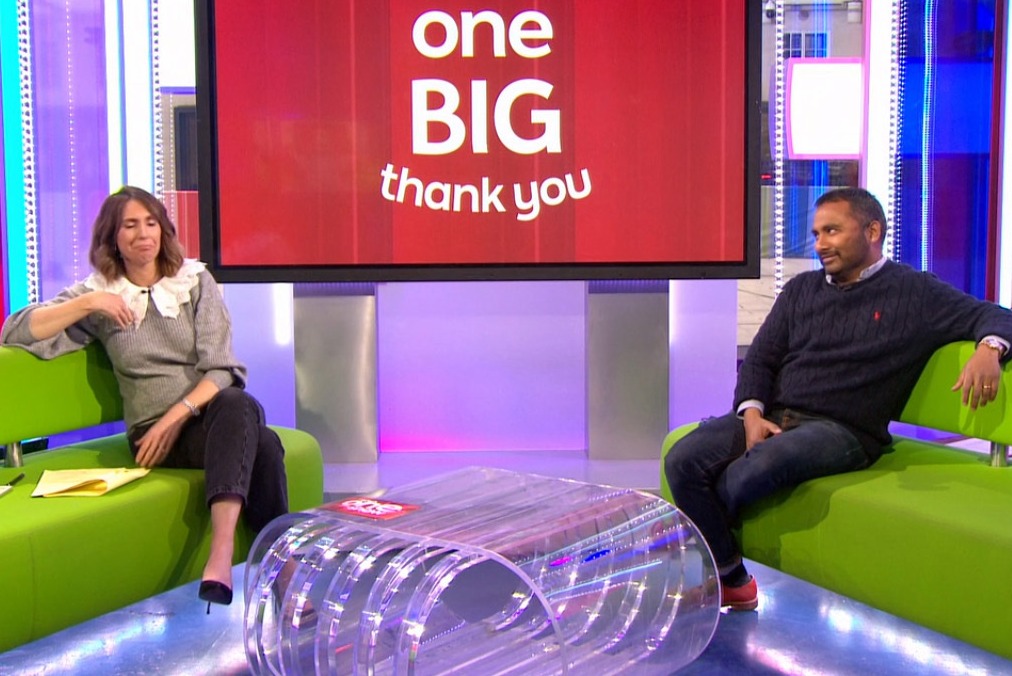 Alex was nearly burst into tears after the segmentCredit: BBC

She shared the delightful news that she is expecting a baby girl with husband Charlie Thomson last month.

Alex took to her Instagram Stories to thank her followers for their lovely messages in response to her news and show off her little bump.

Wearing a pretty floral dress, Alex smiled for the camera before turning to the side for the second shot to highlight her bump.

She wrote alongside it: “There she is” alongside a love heart emoji. 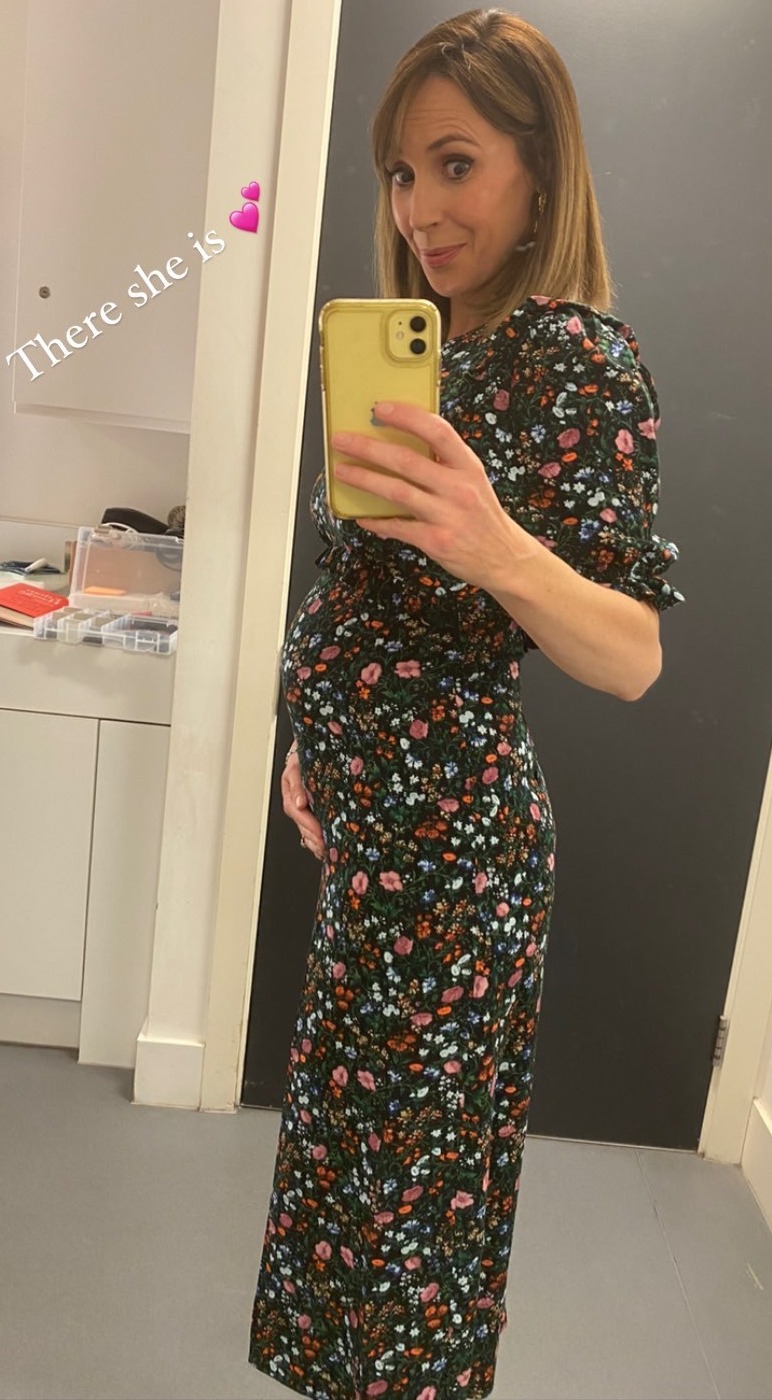 Alex showed off her growing baby bump in a stunning floral dressCredit: Instagram

Last night, Alex also shared a montage of the messages she had received, and wrote across it: “Sitting in bed reading your lovely messages.

“Thank you SO MUCH!! I was really nervous about posting our news and telling everybody tonight on @bbctheoneshow but your kind words have put a huge smile on my face.

“Thank you to every single one of you. Loads of Love.”