The Northman stars had to take extra precautions to keep their ‘bits’ safe during a naked battle scene (Picture: Focus Features)

The Northman director Robert Eggers has explained the reasoning behind the film’s use of computer-generated genitals.

Eggers’ thrilling Viking film hit cinemas across the UK in April and has so far enjoyed stellar reviews.

The film centres around Skarsgard’s Viking prince character on a brutal and bloody quest to avenge the death of his father, and one particular scene features a totally naked sword fight.

However the stars weren’t exactly letting it all hang out for the film, with Eggers revealing they added computer-generated genitals to the scenes in post-production.

And it wasn’t to protect their modesty, but to prevent accidental injury: namely, ‘no one wanted to get their bits chopped off’ (fair enough). 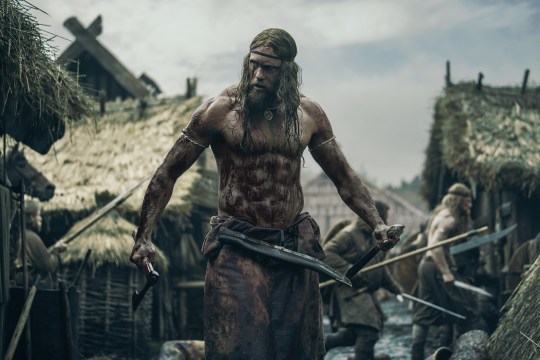 Alexander Skarsgard stars as a Viking prince who spends much of the film ‘naked from the waist up’ (Picture: Aidan Monaghan)

The director spoke to The Hollywood Reporter in a red carpet interview where he said the film’s crew had to ‘add things digitally because [the stars] were wearing thongs… no one wanted to get their bits chopped off.’

‘So we actually had to add some CG genitals for certain shots so they didn’t look too Ken doll-ish.’

In a tongue-in-cheek comment sure to drive fans wild, the director joked: ‘You’ve got to make it look real, so I’m sure we did some full-body scans of Alex. They’re out there.’ 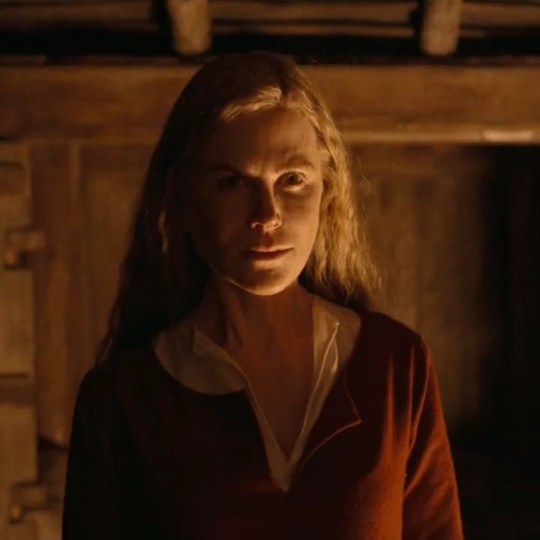 Skarsgard himself was quizzed about the revealing scenes in a recent episode of Lorraine, though the question was about being ‘naked from the waist up’ for much of the film rather than the naked swordfight.

The actor was asked by Ranvir Singh – who replaced Lorraine Kelly while she was on holidays – about what it was like to ‘inhabit this huge Viking prince character, because physically it’s different.’

As he started to speak about the fitness routine he embarked on for the role, the actor admitted that ‘this is very uncomfortable’ while laughing nervously.

‘I don’t look exactly like a bear, but I wanted to,’ he said, and recalled bulking up with ‘basically five meals for breakfast’.