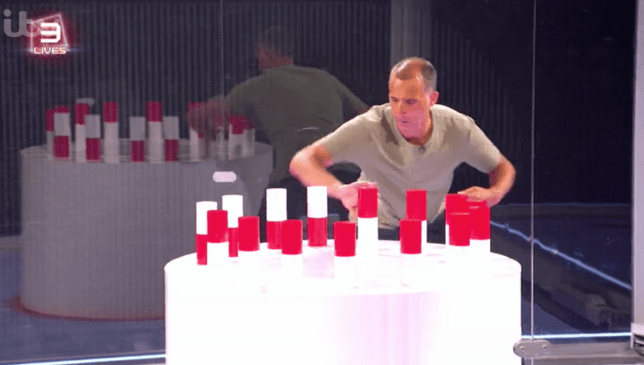 The Million Pound Cube viewers were left shocked when one particular contestant ‘demanded a review’ after losing a life on a round.

On tonight’s edition of the ITV game show, we saw father-and-son duo Adam and Rhys compete to win the top prize, after they had already managed to bag themselves £25,000 in the previous episode.

However, the stakes were high as they took on the fifth round of the game, hoping to increase their prize fund to £100,000.

For this minigame, one of the pair had to flip several cups into an upright position on a podium within the allotted time.

With five lives, dad Adam took on the challenge and gave it his all, but after losing his fourth life, he wasn’t left too happy with the outcome.

Although he had knocked over what he believed to be his final cup just after time ran out, he thought that it had happened within the allowed time frame.

‘That needs to be reviewed,’ he said in frustration. 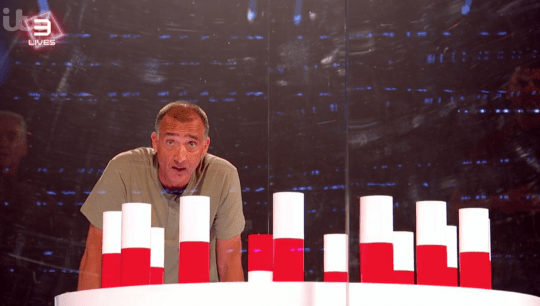 Adam was not able to complete the round in time, costing him a life (Picture: ITV)

However, Rhys was then quick to point out to his dad that he still hadn’t have turned over the last two cups, which he had not noticed  – therefore meaning he would most likely not have won either way.

‘There was two you didn’t do!’ host Phillip Schofield then said. ‘We can review it all you like.’

‘I didn’t even notice those,’ Adam replied. ‘That’s crazy isn’t it.’

Following this, Adam then chose to use a simplifier to make things easier – much to the disagreement of his son. 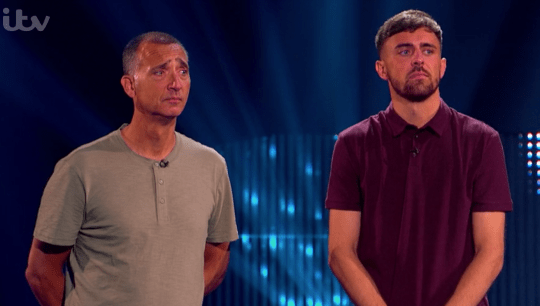 Adam and Rhys ultimately walked away with the cash prize on their third attempt of the round (Picture: ITV)

Over on Twitter, fans of the show were quick to judge Adam’s comments, with one writing: ‘“That needs to be reviewed”, hahahahaha I’m dying.’

Another added: ‘“I want it reviewed”, the equivalent of “I want to speak to the manager.”’

While one other viewer suggested: ‘The only thing that needs to be reviewed is him winning that game.’

Ultimately, with just two lives to go and the aid of the simplifier, Adam and Rhys were able to beat the minigame and secure the £100,000 prize.

They decided to walk away with the money rather than continue any further, as they felt they would not be able to win the next round.

Also on tonight’s show were brothers Ivan and Samraj, who gave up the game after winning £25,000 in the fourth round, walking away with just one life left.

The Million Pound Cube continues tomorrow at 9pm on ITV.