What a treat! (Picture: ITV/Rex)

The Masked Singer viewers quickly expressed their disbelief after learning Dame Joan Collins would be taking a seat on the panel of the ITV series next weekend.

Actress Jaime Winstone and footballing legend Michael Owen were the famous faces forced to take off their masks, as the competition continues to narrow down.

But there were more surprises in store at the end of tonight’s episode, as another guest judge was unveiled for the upcoming semi-final.

Fans were buzzing after being told the news at the end of the show, taking to social media to express their excitement. 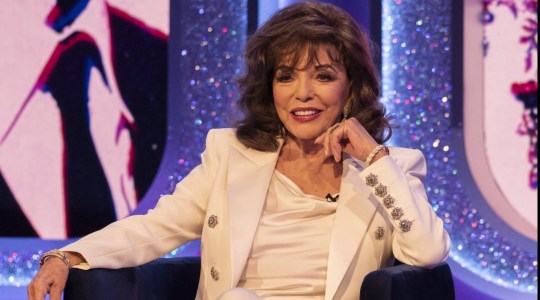 Dame Joan Collins is going to be trying to work out who the secret stars are (Picture: ITV/Rex)

One asked: ‘How did they get Dame Joan Collins on the show?! #MaskedSingerUK’

‘”Well, that was a bit of an anti-climax. I don’t know if I’m going to watch it next wee…..JOAN COLLINS!” #MaskedSingerUK.’ joked a fan. 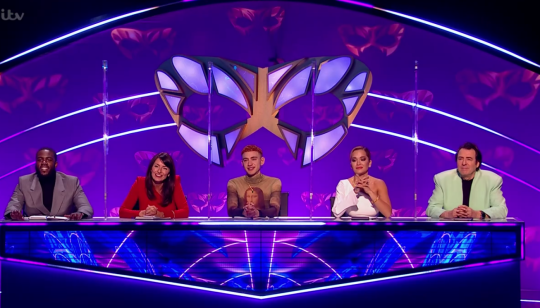 Olly Alexander was a guest judge on this week’s panel (Picture: ITV)

‘Excuse me, WHAT?! WHAT?! Joan Collins on The Masked Singer next week?! I won’t miss that, even if I’m dead. #MaskedSingerUK.’ a viewer added.

Another wrote: ‘F**k off, Joan Collins on next week’s #MaskedSingerUK. That’s telly gold right there.’

The Hollywood legend will get her detective hat on to try and guess the remaining five singers – but will she get any right?

The panel is no stranger to a guest or two, with this week seeing the addition of Years & Years’ hitmaker, Olly Alexander.

Others who’ve tried their hand out as a judge include former winner Nicola Roberts and Alan Carr, who both appeared in season two.

The Masked Singer continues next Saturday at 7pm on ITV.