The happy couple got married in 2019 (Picture: Getty)

Joel Dommett is back again tonight for another episode of The Masked Dancer.

The ITV dancing competition returns to the small screen tonight this Saturday for its second series after the first proved to be a massive hit with viewers.

Runner-up was actress and singer Bonnie Langford, who appeared in Dancing On Ice back in 2006 and finished third in the overall rankings.

The comic has been married to model Hannah Cooper since 2019, but what does she do?

Who is Hannah Cooper? 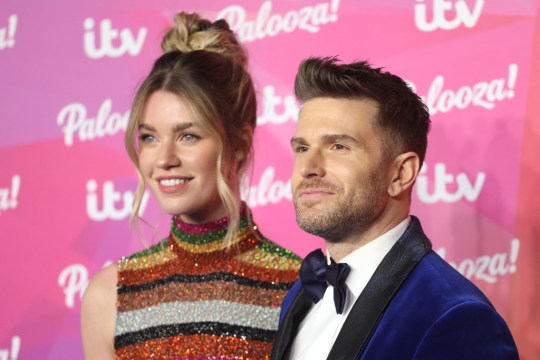 Joel is not a fan of Valentine’s Day(Picture: Getty)

Joel and model Hannah tied the knot on the Greek Island on Monday almost two years after they got engaged in December 2017, following a year of dating.

Joel shared the news in a typically funny nature – tagging Hannah in the post, he shared a video of a toilet door lock changing from vacant to engaged on Instagram.

Speaking with Metro.co.uk about the engagement back in 2018, he said: ‘This is the person I want to spend the rest of my life with. It’s easy. Nothing feels difficult about talking about the future.’ 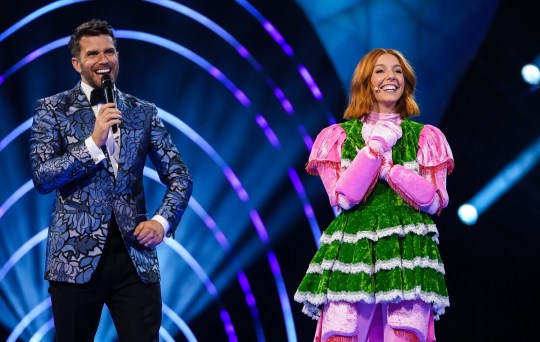 Joel is back for another wild and wacky episode tonight (Picture: ITV)

Hannah has appeared in several editorial shoots for the likes of OK! Magazine and Grazia.

During a chat with the panel on Loose Women, Joel revealed: ‘We met on Instagram. She sent me a cat emoji with the heart eyes.

The Masked Dancer returns tonight at 6:30pm on ITV.