Daniel Radcliffe has tapped into his inner James Bond villain for his latest part in The Lost City, and it is nothing short of iconic.

The Harry Potter star, 32, joined forces with Channing Tatum, Sandra Bullock and Brad Pitt for a new action comedy, which is released in cinemas on April 13.

In the flick, he plays eccentric billionaire Abigail Fairfax, who kidnaps romance novelist Loretta Sage (Sandra) so that she can lead him to a lost treasure.

Alan Caprison, the loveable cover model of Loretta’s books, portrayed by Channing Tatum, rushes to save her but ends up causing even more trouble for the pair.

Speaking in a featurette ahead of the release, Daniel’s co-stars couldn’t help but rave about his ‘unexpected’ stint as the blockbuster bad guy.

‘To me, the most exciting character in this film is the Daniel Radcliffe that they will not expect,’ Sandra teases.

Daniel Radcliffe was an iconic villain in The Lost City (Picture: Paramount) 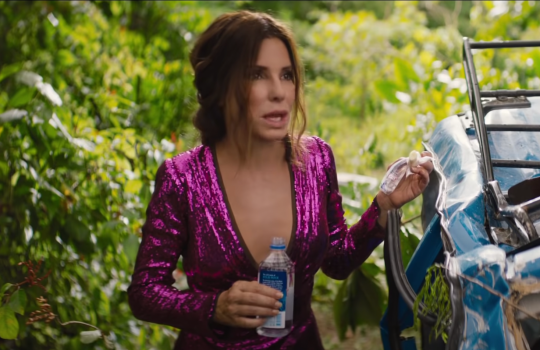 ‘The brilliance of our villain is that he has to be the most affable, seductive, non-threatening villain at first.

‘His transformation into the evil part of Fairfax is brilliant.’

Channing also got in on the action, enthusing: ‘He is just hilarious and engaging, and just an insanely talented actor.’

The Lost City is finally getting a UK release this month, nearly two years after it was initially announced – in the height of the pandemic. 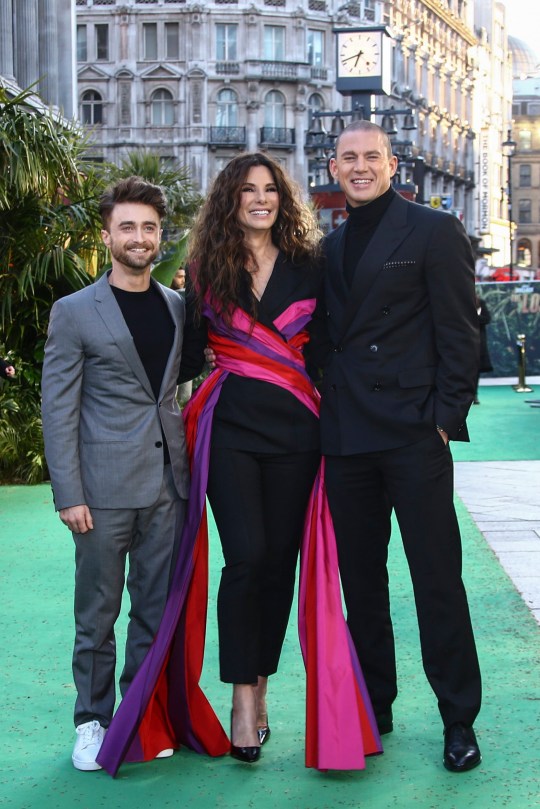 Speaking on the red carpet at the premiere last week, Sandra revealed how close she has become to Daniel during filming, admitting they have been inseparable.

‘Me and Daniel have been attached at the hip for the past few months,’ she told Metro.co.uk. ‘I admire him. You just fall in love with him!

‘You think you know someone and you assume he would be a certain way having had so much success at a young age.

‘He’s glorious, he is the loveliest human and I would go anywhere Daniel would ask me to go.’

We’d go along on that journey as well.

The Lost City is exclusively in cinemas from April 13.