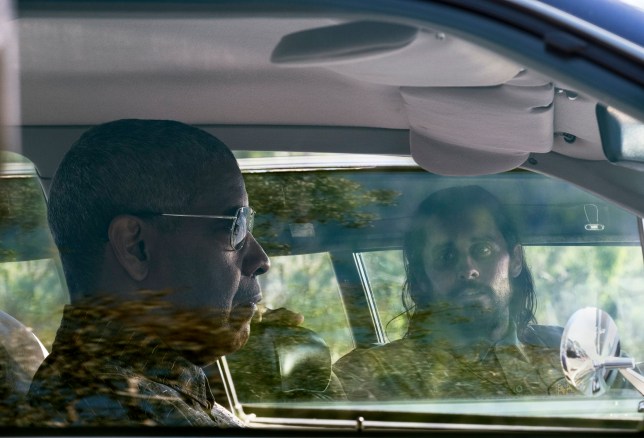 *** Warning: The article is going to reveal the ending of The Little Things movie ***

The Little Things follows Kern County Deputy Sheriff Joe ‘Deke’ Deacon (Denzel Washington) as he’s sent to Los Angles for what was meant to be a simple evidence-gathering assignment.

However, he soon gets intrigued by the search for a serial killer who has been terrorizing the city. L.A. Sheriff Department Sergeant Jim Baxter (Rami Malek) has unsuccessfully been leading the search for the killer and is about to have the case taken away from him.

Impressed by Deke’s reputation as a great detective, he hopes to team up so that Deke’s instincts can help him find the missing pieces to the puzzle. What Baxter doesn’t realize is just how much this case mirrors another from Deke’s past, and the dark secrets the deputy sheriff is still haunted by as a result.

Albert Sparma (Jared Leto) quickly becomes the lead suspect but he spends the whole film toying with the cops, who can’t quite pin him down for the crimes. Neither can the viewer!

What happened at the end of The Little Things? 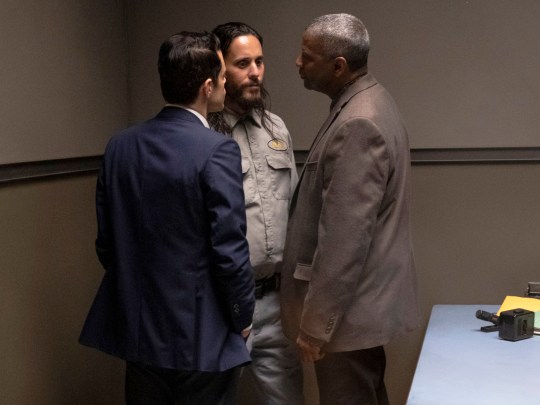 Sparma somehow convinced Baxter to drive out to the desert so he can reveal the body of Rhonda Rathbun. After a whole load of fruitless digging, it start to become clear that Sparma is royally screwing with the detective – which has been happening throughout the whole film.

However, we weren’t prepared for Sparma’s taunts to make Baxter snap – with the detective whacking Sparma’s head with a shovel and accidentally killing him. The murderer hunter has now become a killer. Eek.

Deke arrives to find Baxter freaking out over Sparma’s dead body. This leads to a flashback of Deke’s case five years ago where he accidentally murdered a missing girl after discovering two other bodies in a forest moments before.

In the present day, Deke helps Baxter to cover up his crime – just like he did five years before. He urges Baxter to never do anything connected with Sparma because ‘it’s the little things that get you caught.’

The next scene shows Baxter freaking out internally at home when a package arrives from Deke with a red barratte – an item belonging to the dead victim Rhonda. Yay, Deke found it at Sparma’s home before the murder and that means Baxter killed the right person.

Well, not quite because the final shots show Deke burning all of Sparma’s belongings… and a package of hair barrettes with the red one missing.

So the package Baxter received from Deke was actually a random barrette to help ease his conscience. The viewer never learns if Sparma did commit the crimes. 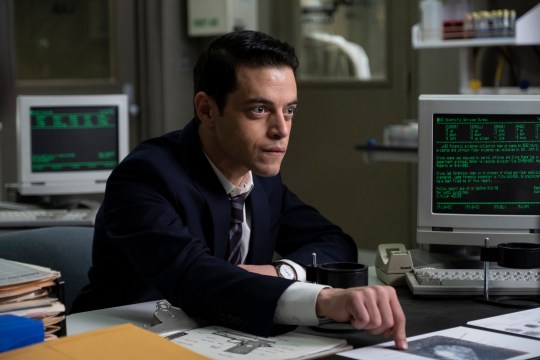 Is the killer still on the loose? (Picture: Nicola Goode/Warner Bros. Pictures/AP)

What has The Little Thing’s director said about the film’s ending?

When asked if Sparma was the killer, John Lee Hancock told EW: ‘Honestly, when I wrote it, I just tried to build in as many things pointing to his guilt as points to his innocence. I think there is an equal number of each in the script. I can make an argument either way.

‘I mean, he does say, “I’ve got to work tomorrow, come on let’s go,” which is a hint that nothing’s going to happen out there. If he was taking him out there to go and find a body, then he certainly wouldn’t be going to work the next day. Or is he lying?’

‘Either he was guilty and the crimes are going to stop or he’s not and the crimes might keep going on. So, it’s an ugly ending any way you look at it, it’s all about the grey.’

The director continued: ‘He said, “I think I have to come to a decision about this.” I said, “I understand that completely, just don’t tell me.” So he made a decision for himself and we were there to capture it.’

Well, that’s that then.

The Little Things is out now in the UK, and available to stream on HBO Max in the US.