The Hunger Games is one of the most successful franchises (Picture: Snap Stills/REX/Shutterstock)

If you thought you’d seen the end of The Hunger Games, do we have news for you.

The franchise is returning to cinemas with a blockbuster prequel titled The Ballad of Songbirds and Snakes and, hear that, that is the sound of punters volunteering as tribute.

Now, we’ve known this for quite some time, but now studio bosses have confirmed it’s slated to hit cinemas in November 2023.

Much like all the other movie news we’ve been welcomely bombarded with this week, an update on the film’s release date was unveiled during a presentation at the CinemaCon event in Las Vegas on Thursday.

Casting for the movie has yet to be confirmed, but film bosses revealed director Francis Lawrence, who directed the last three movies in the franchise, will return to helm the latest installment.

The Ballad of Songbirds and Snakes will be based on the latest book by The Hunger Games author Suzanne Collins which was released last year. 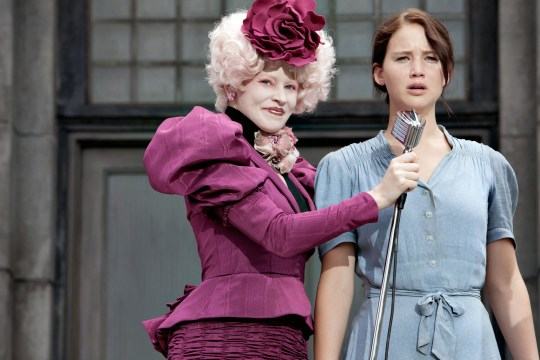 The story is set years before the events of the first films and follows a young Coriolanus Snow, who was played by Donald Sutherland in the OG Hunger Games films.

In the original movies, Snow was the cruel ruler of Panem, but in the prequel, he will be seen mentoring a young tribute in the 10th Hunger Games.

He is assigned District 12 tribute, Lucy Gray Baird, who gains attention by singing during the reaping.

In the book, the games are disrupted when one of the mentors, Arachne Crane, is murdered by her tribute, while Snow is later accused of cheating and stealing food.

The first film was released in 2012, and spawned three sequels which concluded with The Hunger Games: Mockingjay – Part 2 in 2015.

The Hunger Games remains one of the most successful franchises in cinema history grossing a staggering $2.9 billion (£2.3 billion) collectively.