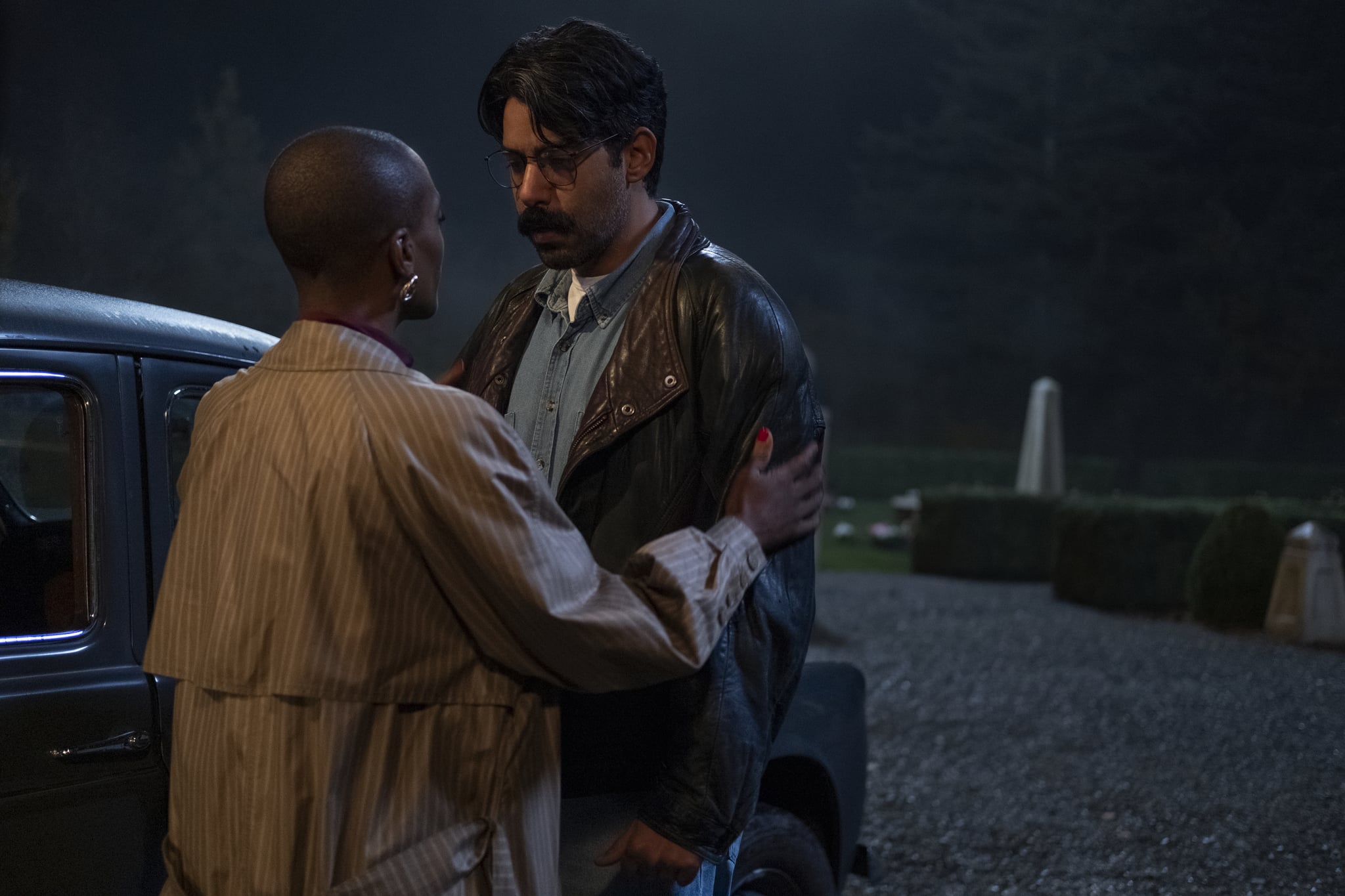 The Haunting of Bly Manor ties up its intricately woven ghost story with an ending that’s both sweet and heartbreaking. Dani’s sacrifice keeps the Lady in the Lake at bay, and both residents and spirits cursed by Bly find some semblance of peace. Flash forward 20 years, the end also takes us back to the wedding in 2007, where we learn how the storyteller and bride relate to this emotional tale. Ultimately, The Haunting of Bly Manor concludes with a happily ever after that bears an inkling of tragedy. There’s a lot to unpack in what it all means, so let’s get to it.

How the Curse Get Lifted

The end begins with the Lady in the Lake dragging Dani back into Bly Manor. After Flora’s pleas, the Lady lets Dani go and takes Flora instead. Meanwhile, Peter Quint is fully possessing Miles. Uncle Henry feels in his bones that something is wrong and drives straight to Bly — only for the Lady in the Lake to knock him out when he’s there. Likewise, Owen and Jamie go straight to the manor as well, and Hannah, now aware that she’s a ghost, directs them to the lake. When the Lady in the Lake, aka Viola, comes close to drowning Flora, Dani frantically says, “It’s you, it’s me, it’s us.” When Dani lets Viola in, she effectively lifts the curse on Bly Manor, freeing the spirits from Viola’s grasp. After, everyone packs up to leave Bly. They find Hannah’s body down the well, and Owen takes care to clean her up because of how much he loves her.

Where Everyone Goes After Bly

Henry takes the children to America, and Flora gives Dani her doll before leaving. Because she invites Viola into her, Dani now must live with Viola in the back of her head. Jamie promises to keep her company, and they have many happy years together in the United States, opening a flower shop and moving in together. They informally marry, celebrating in France at Owen’s restaurant. Owen tells them about the Wingraves — the children are all grown up now, but they don’t remember anything about Bly.

After years of bliss, Dani finally sees Viola in reflections. The Lady in the Lake initially frightens Dani, but over time, Viola’s presence wears down on her, and Dani begins to lose herself. Worrying that she would hurt Jamie, Dani returns to Bly. Jamie later finds Dani at the bottom of the lake. In fact, Dani is now the new Lady in the Lake, though a much more peaceful one than Viola. Following Dani’s death, Jamie leaves doors slightly open, looks into reflections, and holds water in the sink and tub — just in case Dani returns to her.

What Happens to the Narrator and Bride

After the story ends, we return to the year 2007 after taking a deep dive into the ’80s. The bride and storyteller share a moment alone. The bride wonders if the narrator made the story up based on her middle name, Flora. Coincidence? Probably not.

At the reception, the narrator raises her glass to the Englishman who toast the couple at the beginning. He’s standing next to a younger gentleman. When the shot switches, we see Owen and Miles as they appear in 1987. The camera then moves to the bride and an older man. Again, when the shot switches, a younger Flora and Henry appear. And at last, we see young Jamie staring out at them wistfully.

When Jamie gets back to her room, she looks into the tub and sink, searching for any hint of Dani. Before sleeping on her chair, Jamie leaves her door slightly ajar. In the final, bittersweet shot, we see the back of Jamie’s head (now with darker hair) as a hand rests on her shoulder. The hand has a ring on it, and the arm is covered by a mauve sweater, similar to the one Dani used to wear at Bly Manor. Could Dani be tucking her away? Hopefully, she’s dream hopping to the sweetest memory.

Let’s keep our fingers crossed for this heartfelt horror anthology to get a third season — maybe Flora has some extra talismans for good luck.

Brooklyn Nine-Nine: Every Halloween Heist ranked from best to worst