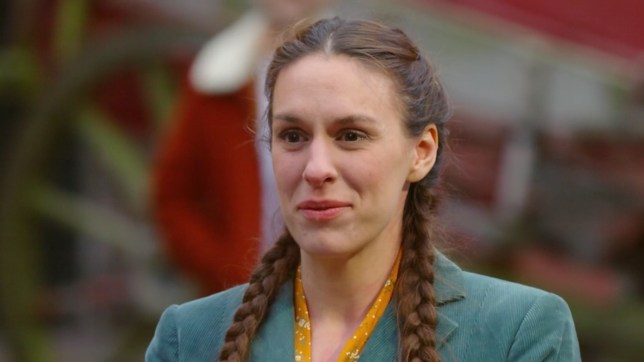 Jodie is the winner of The Great Pottery Throw Down (Picture: Channel 4)

Jodie has been named the winner of The Great Pottery Throw Down 2021 after impressing the judges with their delicate work with clay.

In the final of this year’s competition, hosted by Siobhán McSweeney, finalists Adam, Jodie and Peter were tasked with creating a 1920s Art Deco-inspired party set for their main challenge, being given four hours to work before their clay pieces were set aside to dry.

The party sets were required to include a punch bowl, a ladle, six hanging cups and two decanters with stoppers.

For the potters’ second challenge, they had to showcase their attention to detail by creating miniature dinner sets fit for a dollhouse.

After receiving critiques for their miniature dinner set creations, Peter landed in third place for the second challenge, with Jodie finishing in second and Adam in first.

But in the end, it was Jodie who was named the overall winner of the Channel 4 series. 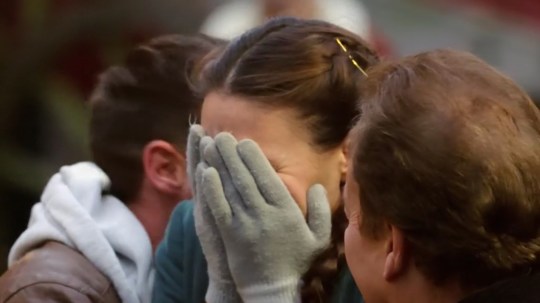 ‘They see something in me obviously, so I’m starting to think I can do it,’ she added, expressing how ‘happy’ she felt.

Judge Keith Brymer Jones, who shed tears on multiple occasions throughout the final, said: ‘I’m wonderfully proud of Jodie. She’s showed us so much skill, so much passion.’ 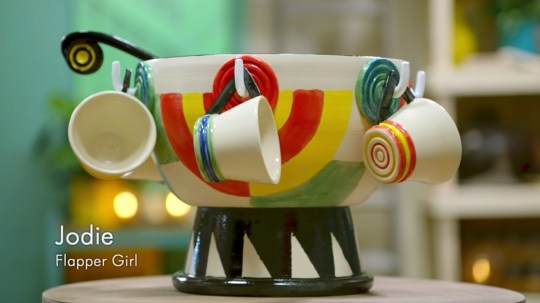 ‘A well deserved winner and the tears are flowing!’ another fan said.

A number of people praised the show for bringing so much joy and warmth, while expressing their sadness that it’s now over.

‘What a thoroughly lovely and heart warming way to end the week and to finish off the series. Thank you all those involved in #PotteryThrowdown we’ll miss you on a Sunday night,’ one person tweeted.

‘PotteryThrowdown has been such a joy of a show. Absolutely gorgey huns, the lot of them. I’m really going to miss it on a Sunday evening,’ another added.

Before the winner of The Great Pottery Throw Down was announced, Adam, Jodie and Peter were treated to a surprise visit from their loved ones.

Jodie’s father, Colin, was brimming with happiness when she was announced as the winner of the competition, his daughter hugged by her fellow finalists as she covered her eyes in shock.

The Great Pottery Throw Down is available to watch on All 4.