The motor series presenter, 60, shared the unfortunate event which must have been very scary for co-host Richard, 50. 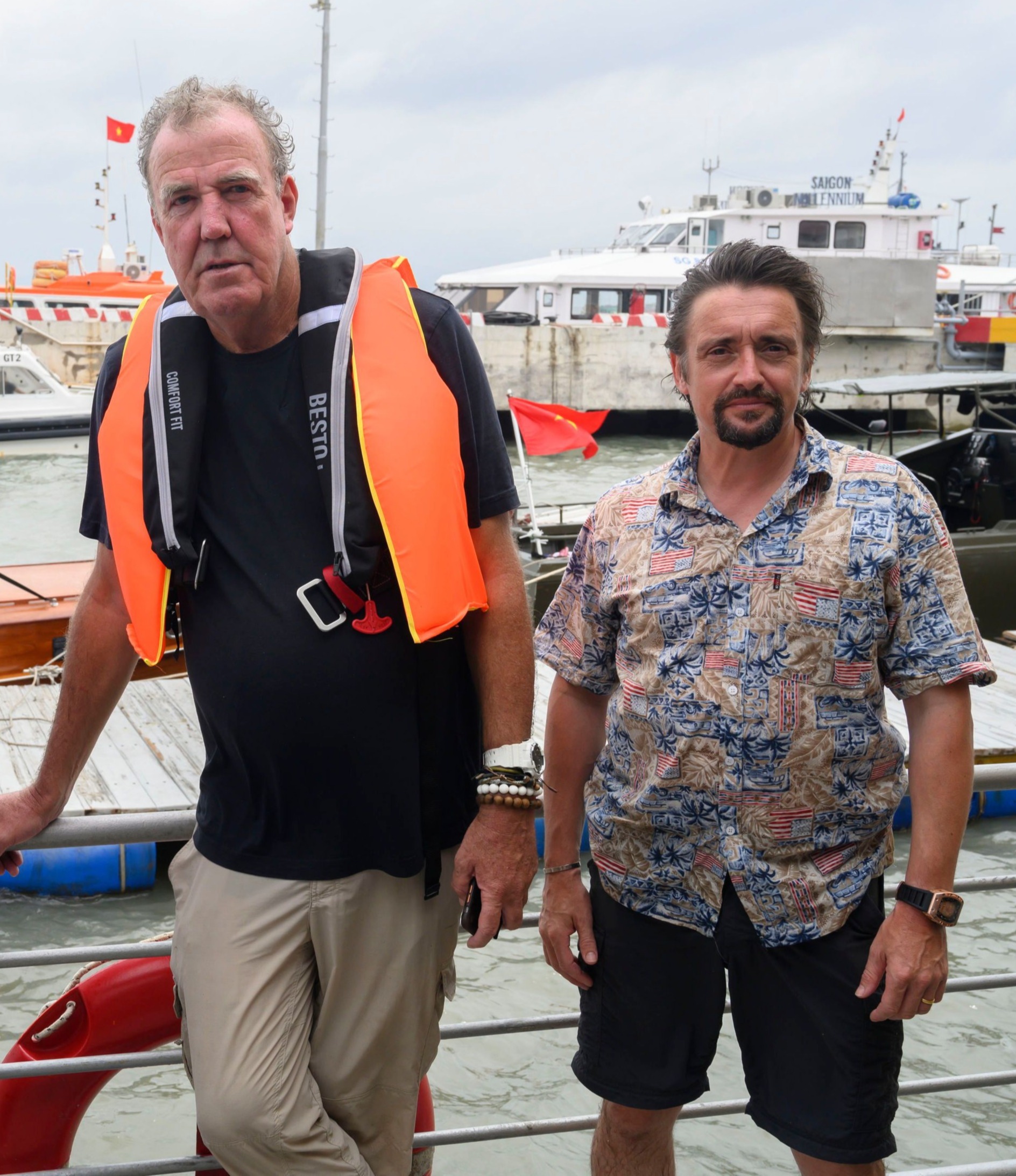 The mishap occurred while the pair, along with fellow co-host James May, 57, were filming the new series.

Clarkson confirmed the accident happened when he revealed: “He really did burn his b******s with an army ration meal, which was hotter than he expected.  That’s a very funny scene. “

Hammond expanded on the incident, sharing that he burned himself with the “self-heating ration pack.” 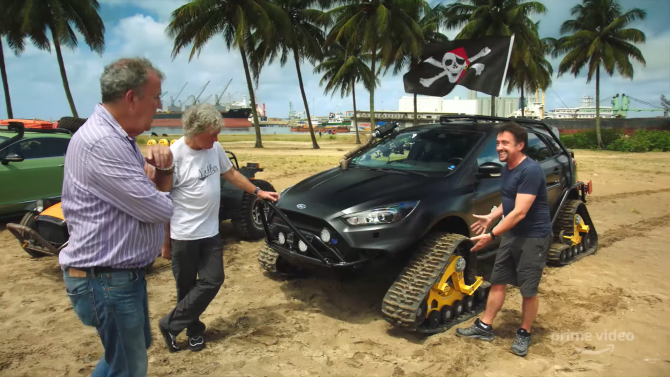 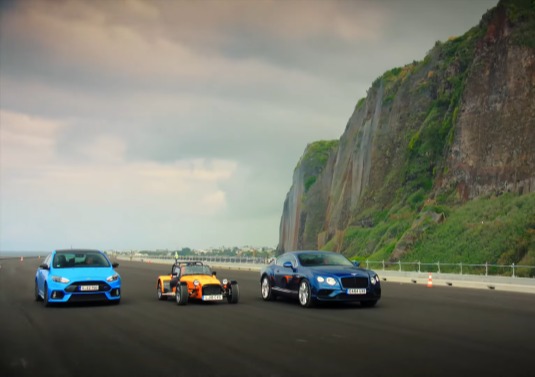 He explained: “We then went swimming and snorkelling and when we got back, we were told that the day before, a man had been eaten by a shark. Exactly in that spot, off that same beach, inside  the reef where we were snorkelling.

“So, this French man was clearly saying, ‘Don’t go swimming’ and Hammond was saying ‘I  like to go snorkelling on Wednesdays.’ Half of the world’s shark attacks are off Réunion and we went swimming there like idiots.”

The host of Who Wants to Be a Millionaire? continued: “Everyone on the beach was staring at us like, ‘What on earth are they doing…?’ And this was all because Richard Hammond thinks he can speak French.” 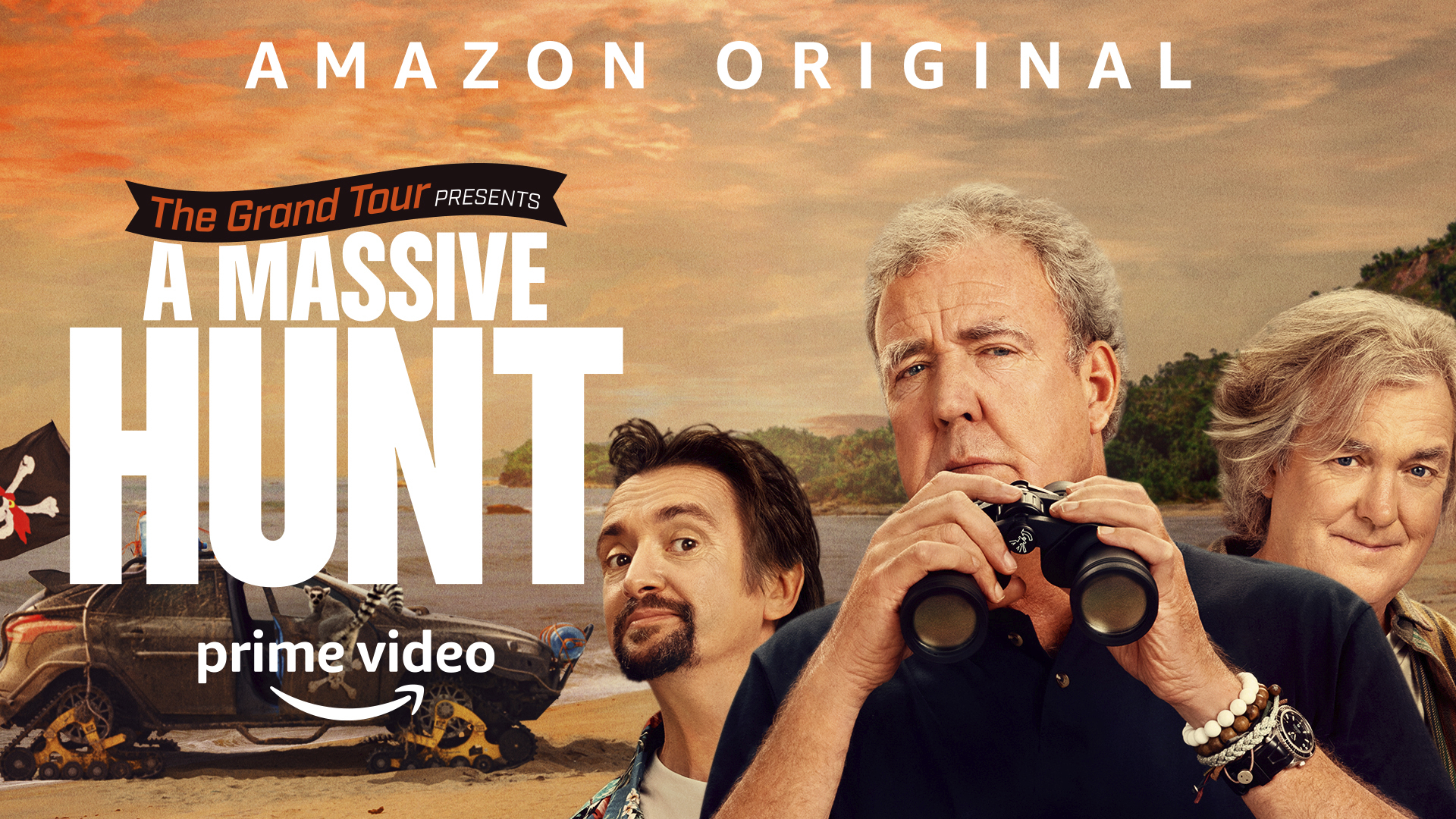 Fans will be able to watch The Grand Tour from 18th DecemberCredit: Amazon / GRAND TOUR

The trio of Jeremy, Richard and James share great chemistry both on and off screen, but there was a rather scary moment for Hammond who was left stranded by his co-presenters.

He recalled: “You know it’s probably going to happen at some point.

“So, you always  know if you’re not plotting a terrible scheme to inflict upon the third person then the other two  are going to do it to you.”

James May, Richard Hammond and Jeremy Clarkson talk to The Sun about the ‘The Grand Tour’ Special in an exclusive interview