The Flight Attendant’s Kaley Cuoco has ruled out the return of Michiel Huisman in the show’s second season.

The former Big Bang Theory star said that fans are unlikely to see the actor back as character Alex Sokolov in upcoming episodes.

Alex ended up dead in season one, so perhaps it’s not the most surprising thing that he won’t be playing a part in season two. However, he did appear throughout the series as a figment of Cassie’s imagination.

But Kaley, who stars as Cassie Bowden, told the Entertainment Weekly that she ‘doesn’t think’ fans will be seeing him again.

She added: ‘Cassie is going to have to face some of her own demons in the mind palace, especially now trying to stay sober.’

The Flight Attendant, the first season for which premiered last year, follows a flight attendant called Cassie (played by Kaley) who wakes up next to the dead body of a male passenger who she spent a boozy night with. 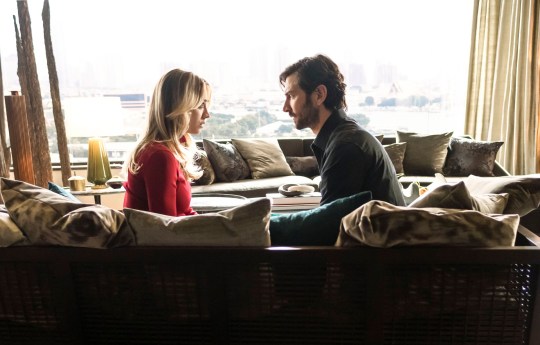 Sadly, Alex won’t be back for season two (Picture: AP)

Earlier this year, the actor said that she wants the protagonist to ‘go ballistic’ in the upcoming episodes.

‘I would like to go ballistic again and keep spreading my wings, because it just became its own entity and I don’t even know what I did half the time,’ she told TVLine. 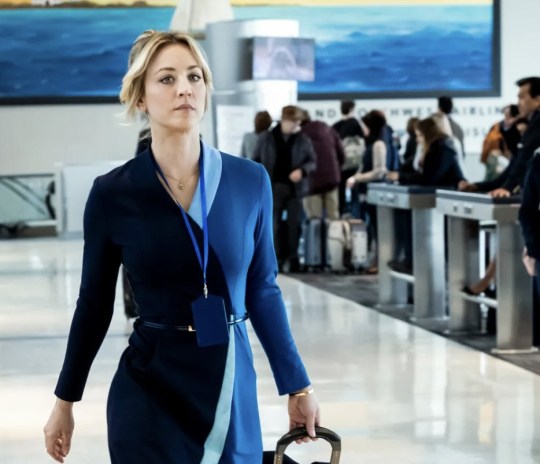 Kaley also recently admitted that she found it ‘hard’ filming The Flight Attendant without the familiar ‘clapping audience’ she was used to on The Big Bang Theory.

The Flight Attendant is available to watch on Sky One and Now TV in the UK and HBO Max in the US.