While it’s more common to see it flung, usually ignorantly, at experimental or non-violent indies, its games like F2P Tarkov-like The Cycle: Frontier that most warrant the question: what even counts as a game, anyway? Is navigating several, byzantine, premium and non-premium currencies a game? What about deciding whether to wait for mobile wallet-drainer style timers to tick down, or whether to skip them by paying currency that’s only a few steps away from effectively being real money?

Is that a game? How about engaging in firefights with other players who, if not at a hard numerical advantage after having spaffed their dollarydoos on top-tier gear, at least have a leg-up?  The Cycle: Frontier is far from the worst offender to even come out this month, of course, and there’s clear passion and talent buried underneath all this nonsense. But hey, why go easy on the pigeon who stole your chips just because another pigeon stole your iPhone? It’s all greed at the end of the day.

The Cycle takes place on the planet of Fortuna III, which sounds, fittingly, like a casino, but is actually a lush, tempestuous world of swamps, jungles, and caverns, inhabited by chitinous bugliens. You and up to two great mates play as prospectors, aiming to drop to the surface, scrounge up valuables and samples of local flora and fauna, then catch a dropship home before getting bodied by either the local wildlife or other players. If you die, you lose any gear and loot you had, but you can spend currency before dropping in to ‘insure’ your shiny equipment, guaranteeing either a replacement or a payout. Back on the station, you progress your reputation with three different factions, giving you access to more missions and better gear. There’s also a massive crafting system utilising dozens of different resources, complete with a dopamine-prodding rainbow of rarity colour-coding, because of course there is.

The biggest question you need to ask yourself before investing in The Cycle’s 30GB download is this: Do you have at least one dedicated friend, who either likes this sort of thing or owes you a massive favour, to play with? If not, prepare to spend a lot of time running into roving pairs of loot-hungry bastards, getting killed in seconds, losing your gear, and repeating the process, or else sneaking through the undergrowth in the vain hope you might grab a couple of useful bits and evac, just to make the tiniest sliver of progress towards your next objective. You might be an FPS god, of course, in which case I’m truly happy for you, as long as you never mention it. If not, prepare for a sneaky, frustrating game of stamina management, exacerbated by a painfully slow default walking speed, no doubt tuned to entice you toward stamina-boosting trousers. Two-on-one fights aren’t impossible, just naturally stacked against you. Fine when PvP is the whole game, less so when you’re trying to find your footing by finishing a slew of multi-tiered quests without going through the rigamarole of death, followed by shopping for more gear, dropping in at a random location, and hoofing it back across the planet to where you were previously. 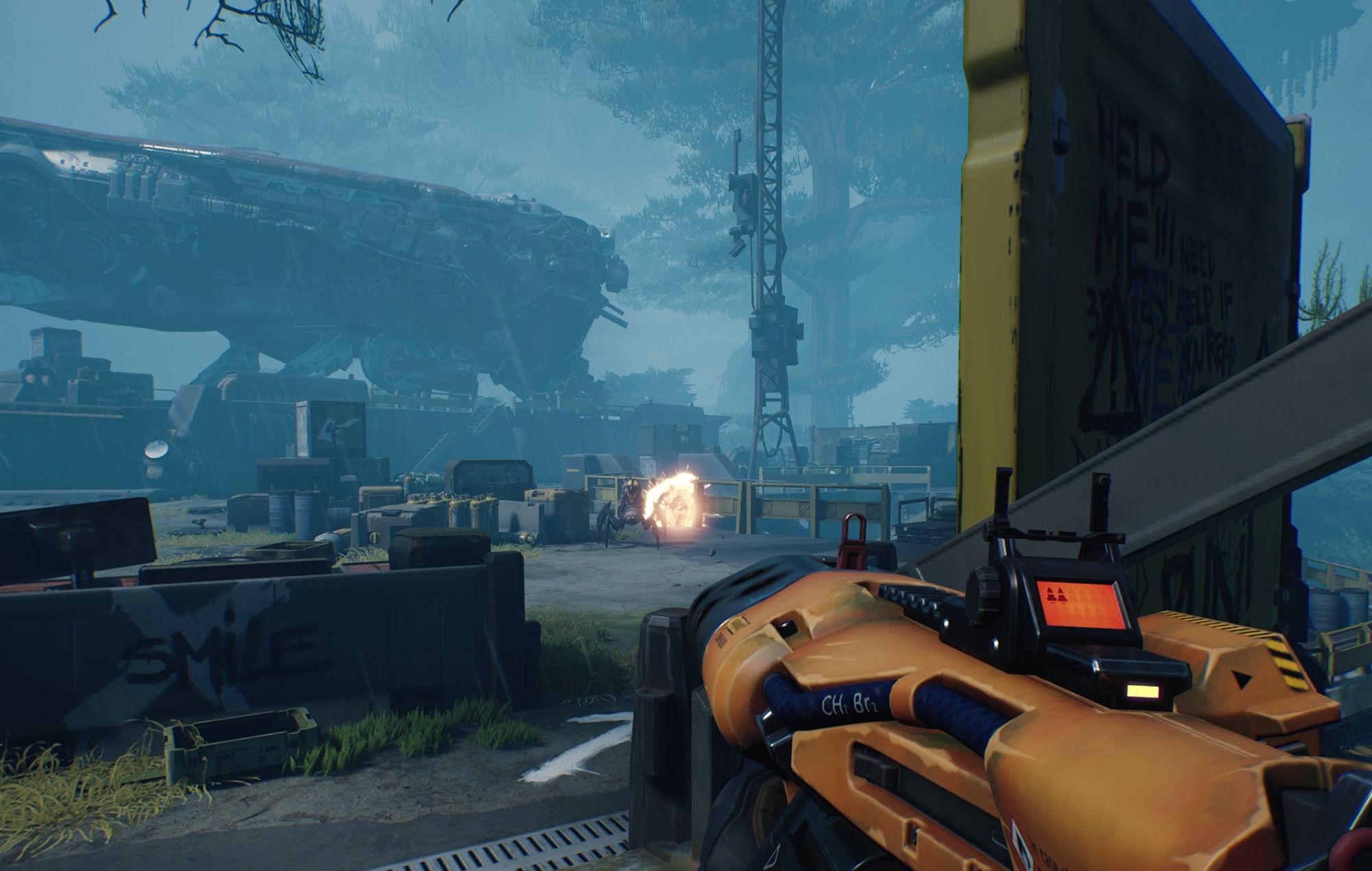 With two players, some of The Cycle’s better qualities shine through. At its best, things can feel tense, measured, and tactical, mainly due to clever and varied environmental design. Other players’ footsteps are loud, and the sense of never quite knowing what’s waiting for you – of always having to check your corners – never quite disappears. Again, the world design does the heavy lifting here. There are currently two large maps, one to cut your teeth on, and one for high-level shenanigans. Each map consists of open spaces, dotted with named locations. These are where the action is: each is full of the gear and secrets you’ll be hunting, but also, naturally, a hotspot for both aliens and other players. Fortuna is a world of walkways and waterfalls, holes in fences, places to sneak, to snipe, to have open firefights. It’s both a living planet and a giant strategic playground stuffed with secrets, and neither of these elements diminish the other.

When firefights do kick off, they’re solid enough. Guns feel weighty, aided by thunderous, chunky sound design, and there are a few types of grenades and other combat gadgets to vary things up. Aliens fall into a few different subspecies. Tiny, angry basketballs with legs that rush you and nip your heels, but go down easily. Not-Chryssalids from XCOM that spray streams of acidic Fanta at you from a distance. Big blue shithouses that try to hug you to death. It’s rare to encounter any of these in groups of more than three, though, and low numbers are traded off for a noticeable sponginess. Player fights are bare-bones FPS fare with few mobility tricks or twists to make them stand out . This isn’t Apex: Legends, no matter how much the colour palette may try to convince you otherwise. 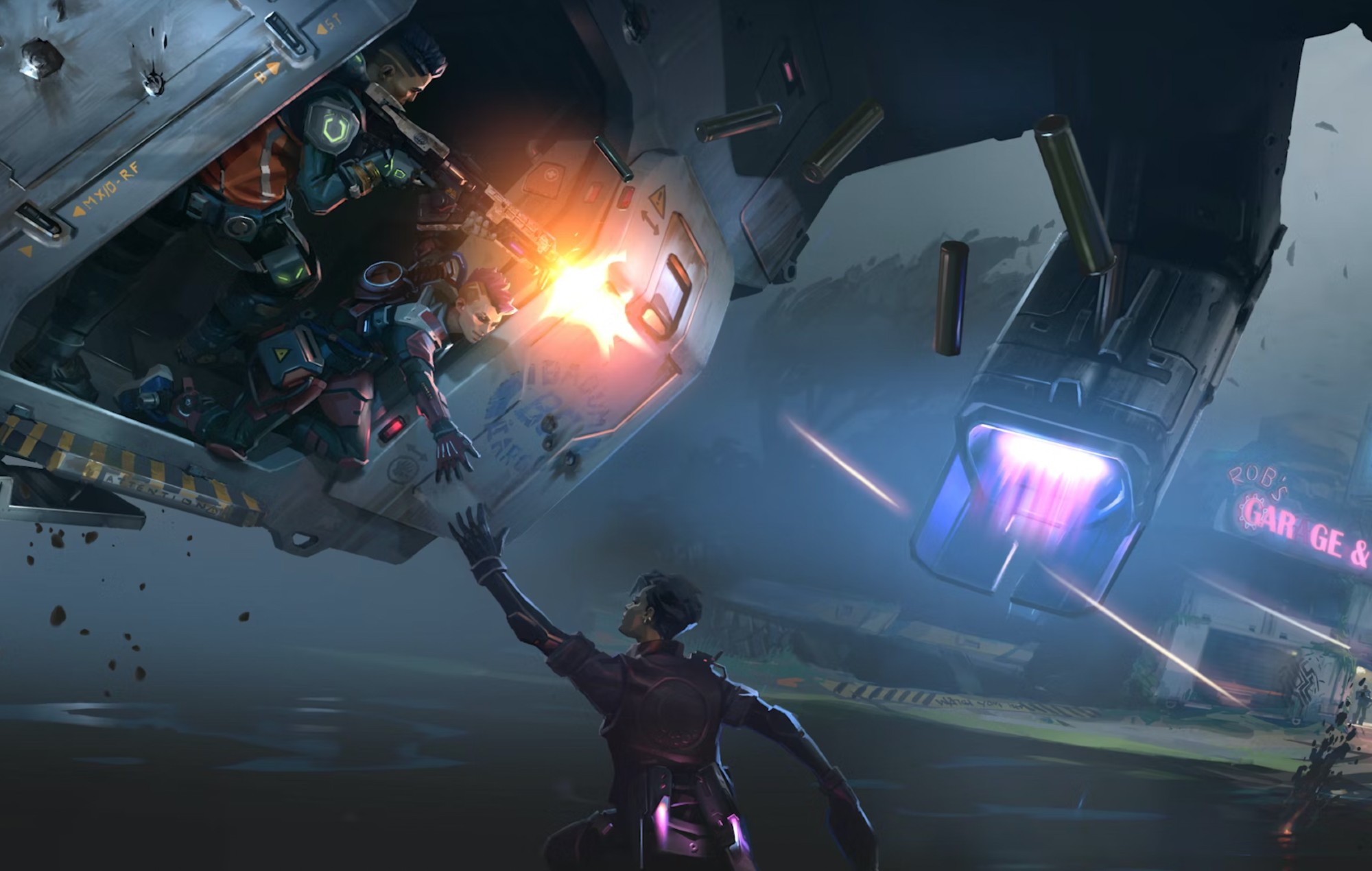 There are some other bits in The Cycle that deserve nothing but praise. As I’ve said, the guns sound great, and the actual map design is incredibly inventive. But Fortuna itself is also gorgeous, packed with alien plant life and full of environmental details that tell bitter stories of doomed attempts at industrialisation. Primordial swamps bubble as you wade through thick fog. Flocks of alien birds scatter in your presence, perhaps alerting wilder, nastier things nearby. Azure waterfalls glisten under alien suns, and the moss-slicked husks of colonial outposts and structures haunt the skyline. As seems so often the case, the sense of friction between talented, passionate art and design teams and reptilian, grasping monetisation direction oozes from The Cycle’s every clogged pore. There are two wolves inside this game, and I’d love to stare in awe at the cheesecake one just baked me, were it not for the fact the other just coiled one out on my rug.

So any immersion in this world that the lushness of Fortuna might provide grates sharply against the utter cynicism that the station blasts you with on your return, from the NPCs selling battle passes to the billboards linking you to Discord and the console advertising ‘Twitch Drops’. Nice worldbuilding you’ve got there, mate. Be a shame if someone late-stage-capitalismed all over it, never letting you forget this is a product first, game second.  The only time sci-fi should ever remind the audience that ‘Influencers’ is a term we’ve somehow all just accepted is if it’s depicting a grim dystopia, and even then, only one whose major selling point is that it’s chiefly populated by wankers. Honestly, let the bugs have the planet, and also my eyes.

There’s no need to take my word for any of this, of course. The Cycle is free to play, so you lose nothing but your time by giving it a go. I can definitely understand the high level appeal of the more casual Tarkov or Hunt: Showdown, but since the tension is still the most interesting thing about The Cycle, toning down the stakes and impact of that tension, while keeping the potential frustrations, seems like an ill-considered trade-off. That said, this game does at least let you have a taste of that sort of experience without first paying for it. I should also point out that we’re currently in the pre-season, which presumably means there’ll be some more numbered bars to fill up for cosmetics in a week or two, or whatever, but hey, things might drastically change for the better. Personally, I’d rather go hunting for scrap metal in an actual swamp while being shot at with real guns than spend any more time with it.

The Cycle: Frontier released on June 8 on PC.

There’s a great game somewhere inside The Cycle, and lush world design, clever environmental layout, and solid gun feel all point towards it. Unfortunately, it’s all rendered into tedious, cynical nonsense by a mobile-game style approach to progression and monetisation, and a thin, repetitive core loop.

The post ‘The Cycle: Frontier’ review: not exactly vicious, but close appeared first on NME. 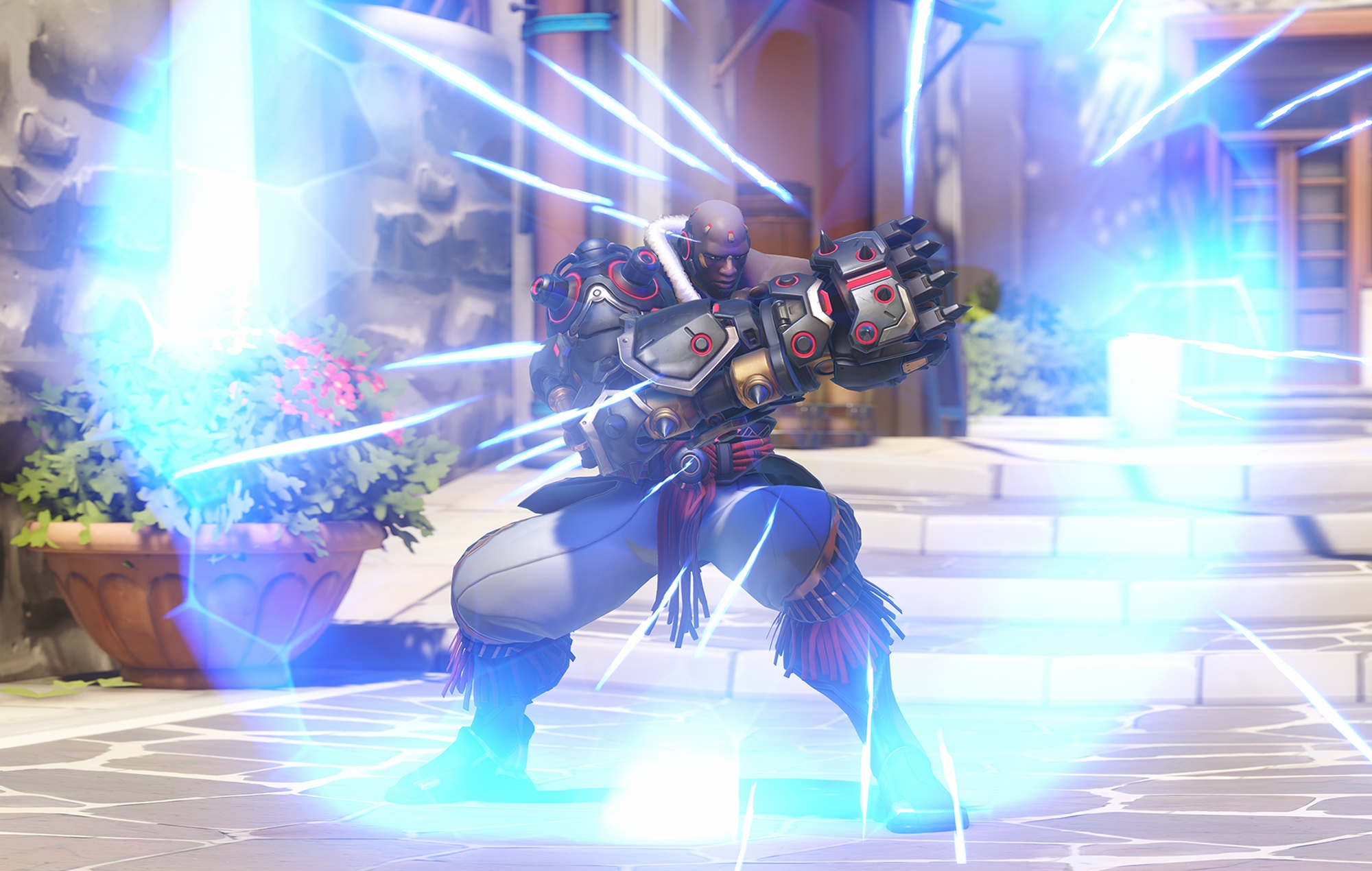