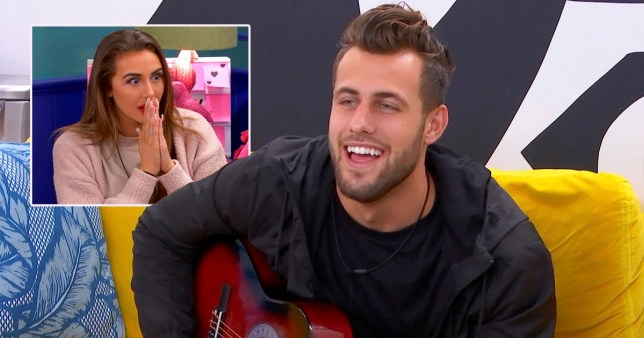 The Circle US stars Chloe and Mitchell have got very close since season 2 ended (Pictures: Netflix)

*WARNING: Spoilers for The Circle US season two below*

The Circle US star Chloe Veitch revealed things are seriously heating up with Mitchell Eason, after their time on the show came to an end.

The pair went up against each other on season two of the competition, which is currently airing on Netflix now.

However, Mitchell was sent home just before the finale in the latest episode when River – aka catfish Lee – blocked him as the ‘super secret influencer’.

Chatting to Metro.co.uk ahead of Wednesday’s final, Chloe confessed that the pair had become close after filming ended, and she’s already planning to see him over in the US.

Spilling the beans on who she found it the most awkward coming face-to-face with, she confessed that she just ‘wanted to eat’ her co-star from the second she laid eyes on him. 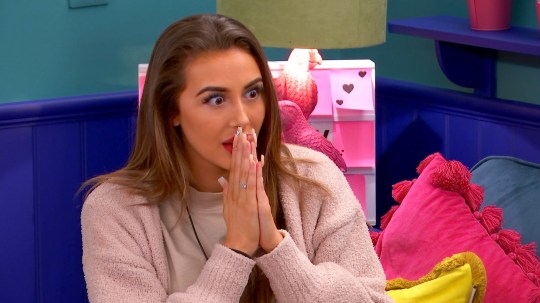 Chloe is already planning to visit Mitchell in the US (Picture: Netflix)

‘Mitchell… Because I really, really fancied Mitchell,’ she told us. ‘It was really awkward because I just wanted to eat him.

‘He’s just so sexy. We shared a…’ she teased before erupting into a fit of giggles.

When asked if there was a spark between the pair, Chloe continued: ‘Oh, yeah. I’ve spoken to his mum. His mum said I’ve got her approval.

‘I’m going over to America hopefully in the next couple months, all depending on Covid-19 regulations and stuff, and whether I can. But yeah, I’m really excited to see him.

Chloe had a rollercoaster time of it on the show, and flirted up a storm with ‘Trevor’ – completely unaware that she was being catfished by Trevor’s wife, Deleesa.

While their ‘romance’ might have resulted in some awkward scenes to watch back, the star, who also appeared in Too Hot To Handle, revealed they are still close pals to this day.

‘I still haven’t spoken to actual Trevor yet. I think I should FaceTime [them] and get Trevor on FaceTime, I think people would love to see that.

The Circle US finale drops on Netflix on May 5, with all other episodes available to stream now.