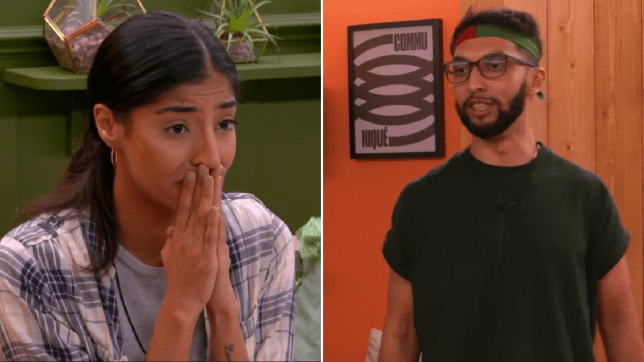 The Circle is getting all the more dramatic, with Manrika Khaira left in tears and players starting to turn against Andy Smith.

Get the popcorn out – it’s all kicking off.

After Vithun’s blocking, tensions were high, with Manrika and Andy not being sure where they stood with each other.

Later on in the episode, ‘Syed’ (who’s actually Hashu Mohammed, catfishing as his uncle), checked in on Manrika, which resulted in some majorly emotional scenes.

With Manrika hoping to help her mother out with the £100,000 prize money, she told ‘Syed’: ‘Uncle Syed, I can’t tell you how warm my heart feels right now.

‘For me, the prize is the look on my mum’s face when I tell her she never has to worry again. I want you to know how much I value you and I PROMISE YOU, I will always have your back.’ 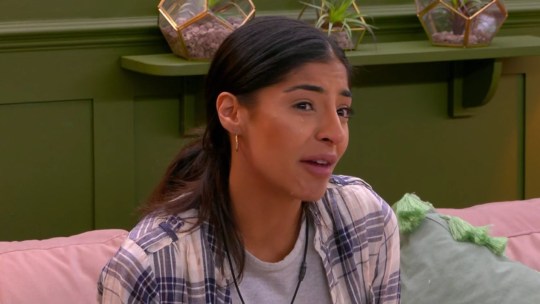 She wants to help her mum with the prize money (Picture: Channel 4)

‘The conversations we are having are just genuine and unlike anyone else Uncle speaking to. That is why he appreciates you being here the most. Uncle is so proud of you and the strength you always drawing from inside of you.

‘Your mother will be so proud of the unique snowflake you are.’ 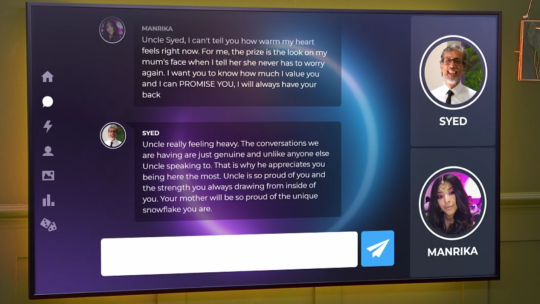 The messages from ‘Syed’ left her emotional (Picture: Channel 4)

Manrika was left with tears streaming down her face from the heartfelt messages, going on to say that, even if ‘Syed’ turns out to be a catfish, whoever is behind the profile will be a part of her life forever.

However, later on in the episode, tensions started to rise again as Manrika, Pippa, and Femi privately chatted.

Manrika branded Andy ‘sly’, accusing him of making her look bad in the group chat.

With Femi and Pippa agreeing with her, things don’t look good for Andy.

The Circle continues Sunday at 10pm on Channel 4.