Tim Burgess celebrated The Charlatans’ 30th anniversary over a Zoom call with his bandmates during lockdown (Picture: Getty Images)

The Charlatans frontman Tim Burgess, 55, on Listening Parties by his father’s death bed and Zoom celebrations with his bandmates.

You play live, write songs, write books and host album Listening Parties on Twitter. How do you prioritise?

Wow. On any day all kinds of things can happen. One time I was driving to Rockfield Studios [in Wales] to make some music and I got a text saying Kylie would like to do a Listening Party so how was I fixed?

So I spent a lot of time just on the side of the road saying, ‘Yes of course,’ and how we would go about it. I was there for about three hours organising it. So my day can change. Lots of it is random.

Do you have an order at the start of your day?

I am a creature of habit. I wake up and have a small amount of coffee and then post morning tweets on Twitter. Then I meditate. I do 20 minutes’ meditation in the morning and 20 in the evening. I find that really helps keep an order for me. 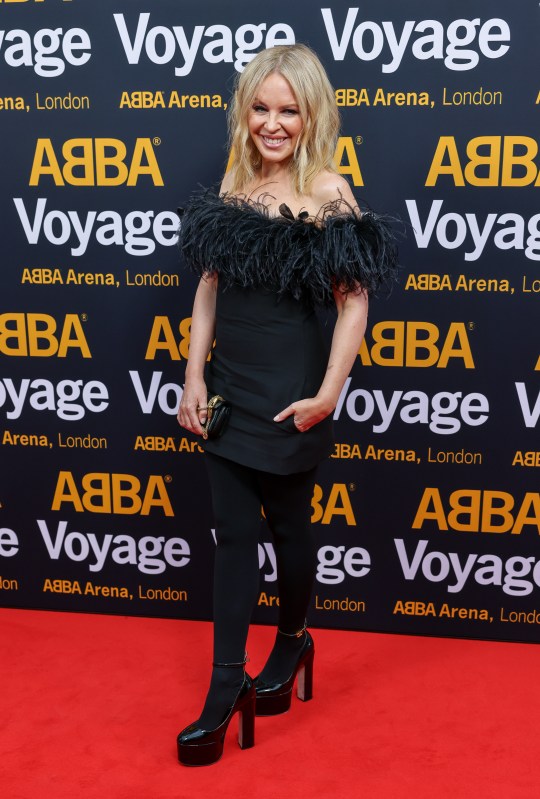 Tim was surprised to receive a text from Kylie Minogue, asking him to organise a Listening Party (Picture: Dave Benett/Getty)

Did lockdown change the way you feel about The Charlatans either creatively or personally?

In lockdown we were supposed to celebrate our 30th anniversary with a career-spanning Greatest Hits and unearthed songs, demos and all that kind of stuff.

We ended up celebrating on Zoom, which was fine: Mark Collins champagne, Martin Blunt beer, me Diet Coke and Tony Rogers Diet Coke. It felt good to celebrate.

You’ve sadly lost two band members, Rob Collins and Jon Brookes, along the way but are there certain things about the DNA of The Charlatans that never change?

We always seem to write best when we are all in the room together but it’s increasingly difficult as time goes on.

Mark lives in Portugal and Tony lives in Ireland. That just leaves me and Martin but we will happily wait around for everybody.

We are writing. There’s no rush but I love it when we are all sitting in the same room. 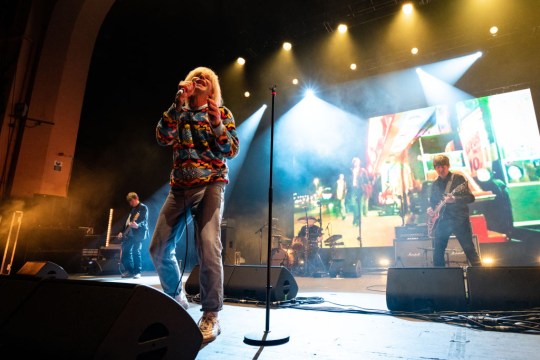 The Charlatans are still performing despite the loss of two band members (Picture: Lorne Thomson/Redferns)

You’ve said that being a fan has been everything for you since you were six years old. What is your earliest happy memory that’s connected to a song?

I grew up when there was lots of brilliant music on the television. The whole family used to listen to the chart rundown on the radio on a Sunday. We all used to watch Top Of The Pops and later on I used to watch The Tube.

I remember seeing The Vibrators perform Automatic Lover and I declared myself a punk from then on. I saw videos of Sid Vicious on the telly doing Eddie Cochran songs. Those are the things that connected me and my dad. My dad was a big Eddie Cochran fan.

You did some of your Listening Parties at your dad’s bedside through his last days in care. Was that a comfort?

I don’t know what it was, really. It was just strange, obviously.

I started the Listening Parties at the end of March 2020 and then got a call in April that my dad wasn’t going to make it for much longer. Really fortunately I was allowed to be by his side because he was in a different ward to the rest of the people in the home. So I could go there with my mum.

It was kind of amazing to spend the last three days with him even though I don’t know whether he knew I was there or not. I think he did. If he was aware he would have been really proud of what I was up to because he was always like that anyway.

How have the Listening Parties changed the way you feel about music?

I think I knew beforehand how I felt about music. But during lockdown, it confirmed to everybody how important music was and how crucial it is for bringing people together. Not just in hours of darkness. When everything else fails, music wins.

The Charlatans recently played a Heritage Live gig at Kenwood House in London. How do you feel about heritage bands?

It’s a strange word for me, heritage, I don’t know how I feel about it. Perhaps it’s an accurate description.

If I was 18 I wouldn’t go and see a heritage act but our band attracts lots of 18-year-olds. For who that word is aimed at, it’s fine.

The Charlatans are still creating music. Would you want to do the band if that wasn’t the case?

Well, no, because I would like to become a crooner. 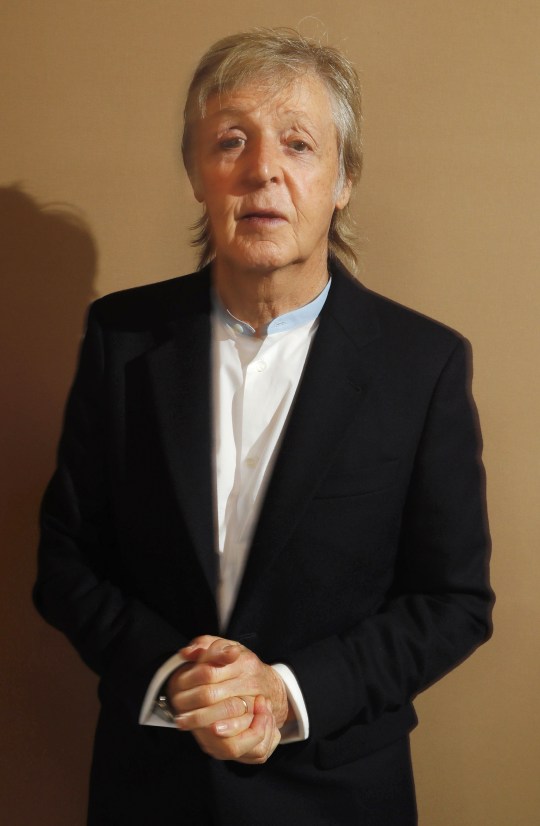 Where would be your ideal place to croon?

I’d say Kenwood House or a cruise ship. It would be a strange kind of crooning. It would be like Barry Manilow on acid. I would definitely be getting some dance moves on.

Is there an album you are dying to play your son when he hits a certain age?

I do play him things. Really early on I played him Paul McCartney. The one he loves most is Little Lamb Dragonfly off Red Rose Speedway, which is my favourite McCartney song ever. It’s the most incredible song. He loves The Charlatans. Different Days is his favourite.