The Boys star Laurie Holden has revealed her character the Crimson Countess had shoes fit for some of the biggest kings and queen of pop, including Lady Gaga and Elton John.

Season three of The Boys has been pretty wild so far, to say the least, with Crimson Countess one of the newcomers bought in for the latest batch of episodes.

She was introduced to fans as a member of Payback and the former lover of Soldier Boy.

However, when she learnt Soldier Boy was still alive, it wasn’t long before the pair reunited, and things quickly went south, after she betrayed him.

In epic scenes, Soldier Boy got his revenge as he released his energy discharge which destroyed the Crimson Countess’s home and reduced her body to a smouldering skeleton. 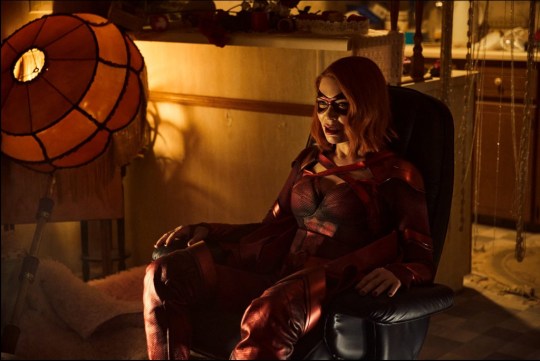 Crimson Countess was brought in as a former lover of Soldier Boy (Picture: Amazon)

A pretty casual way to go, if you ask us.

Of course, this is The Boys, meaning it’s never completely out of the question we won’t see her again.

And Metro.co.uk recently caught up with Laurie, who plays the superhero, who revealed all about the process behind getting into character.

She told us the wild schedule of getting prepared: ‘I had to fly to Los Angeles for 10 weeks because they built my superhero outfit from scratch. 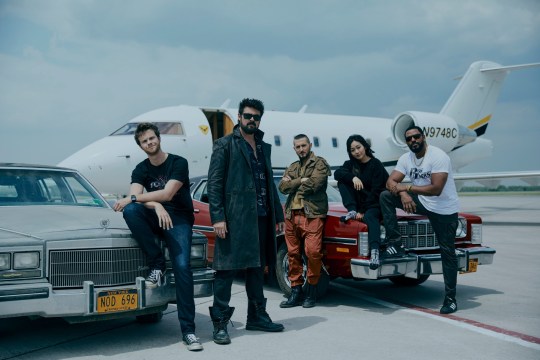 ‘I would go in once or two twice a week to model it and they built it. The creative team were extraordinary. The guy who did my boots does Elton John and Lady Gaga and Cher’s.’

Sharing what it was like to see the incredible footwear, she added: ‘I mean it was epic, just to go in and see the shoes for pickup for all of these icons.

‘When I would go in for my fittings and it was like “Oh these are Elton’s boots, these are Lady Gaga’s boots.” I was like “Oh and these are my boots!” It was insane, it was amazing.’

Meanwhile, she discussed her journey of having to quickly get into shape ‘in just 10 weeks during the Covid pandemic, which was achieved with the help of trainer Tony Martin.

She explained: ‘It’s a mental thing, because at first, you’re like, ‘Wow, I have to within 10 weeks be in a skin-tight superhero costume in front of millions of people all over the world.

‘I have a personal trainer who I’ve worked with in Ireland, Tony Martin. We did strength training three times a week virtually.’

Laurie told us she went on a Keto diet and used an app which tracked her different dietary requirements and energy levels, as well as monitoring aspects of her body.

As The Boys continues to surge in popularity, Laurie admitted she didn’t feel any ‘pressure’ coming into a show that was already so loved by its fanbase and praised showrunner Eric Kripke.

She went on: ’The reason [I didn’t feel pressure] is because Eric Kripke as the showrunner, was hands down the most gracious collaborator in the history of television. I cannot sing his praises more.

‘It all comes from the top, he’s the captain of the ship up and every single department and all the people that I worked with were so wonderful, so supportive. I didn’t feel that pressure because I made a lot of friends and creatively, it felt like anything was possible.

‘I take nothing for granted because I’ve worked on other shows where it was challenging in that department on this one and I felt like there was nothing I couldn’t do because I was supported with such open arms.’

The Boys can be streamed in full on Amazon Prime now.