If you were going to see The Batman, you’d want the full experience, right?

Sure, but this full experience would probably amount to a dark, quiet room and plenty of popcorn, to allow you fully immerse yourself in the film.

What you probably wouldn’t be hoping for in your immersive, cinematic Batman experience, is an actual live bat flying around your head.

But that’s exactly what one group of cinemagoers in the US got as they packed out the theatre to see the new film over the weekend.

Audience member Jeremiah took a video of the bizarre moment the critter began sweeping across the cinema, and said in a slightly bewildered tone: ‘I’m at The Batman movie.

‘There are bats in the movie.’

The Batman got a bit too much bat for their buck at the US cinema (Picture: Twitter)

Other cinemagoers can be heard laughing in disbelief, some appearing to get up and leave but others looking almost excited, as Jeremiah’s camera tracks the bat flitting from one side of the cinema to the other.

The cinema – identified as the Moviehouse & Eatery by Cinépolis in Austin, Texas – had to pause the movie and turn on the lights to try and get the creature out.

A second video sees a staff member explaining they will try to bait the bat into flying out of the screening by turning off all the lights in the room, including the projector.

If you’re thinking a bat gatecrashing a Batman movie is just too wild of a coincidence to possibly be true, well, you might be right.

According to The Associated Press, staff at the cinema suspect the bat was brought into the theatre by a customer as a prank, not a bizarre coincidence. 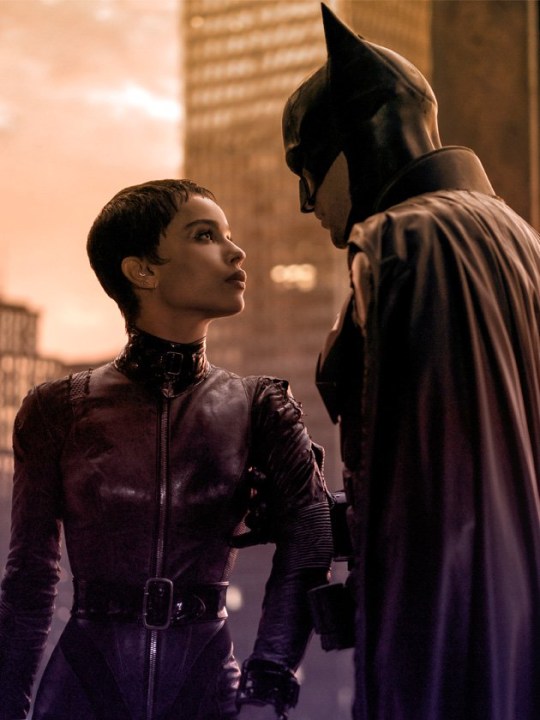 Moviehouse & Eatery general manager Heidi Deno said they will be ‘adding additional security and checking all bags upon guest entry’.

Thankfully nobody was worse for wear after the incident, and at the end of the day, Batman fans will always be able to tell this story at parties.

The film, directed by Matt Reeves, and starring Robert Pattinson as the pitch-black Caped Crusader, Zoe Kravitz as Catwoman, and Paul Dano as the Riddler, also achieved the best opening weekend of 2022.