The Avalanches have announced a plans to play a livestream DJ show to celebrate the release of their forthcoming album ‘We Will Always Love You’.

Filmed on the rooftop of Melbourne institution Curtin House, the duo will be spinning tunes from their own back catalogue, along with tracks from their eclectic record collections on Saturday, December 19.

The performance will be streamed three times across three time zones, including a performance at 8pm GMT in the UK. Tickets are available here.

“What a year! We are extremely grateful to have been able to release music during this tumultuous time and in some small way continue to connect with you all,” the duo said. 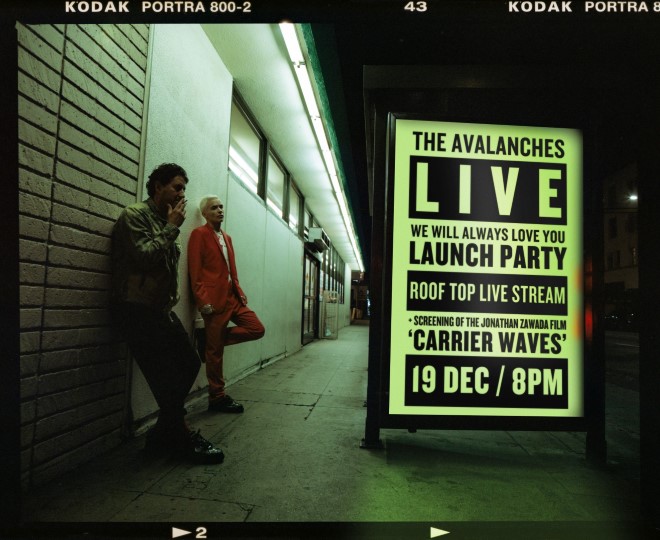 “We would be thrilled if you would join us for our live stream event to help us celebrate the launch of our new album, ‘We Will Always Love You’. We will be putting our hearts and souls into this performance and we hope it will uplift you as much as it does us. Let’s end this year on a fucking great note! Come dance with us.”

The Avalanches’ live set will be followed by a screening of Jonathan Zawada’s short film Carrier Waves, a visual companion piece to ‘We Will Always Love You’, which also features music from the album.

Of the short film, The Avalanches said: “Carrier Waves explores the transcendent nature of music itself. Beginning with the physical, we become the ephemeral, escape the confines of the planet before we are bounced back by celestial objects. On our return we have changed, enmeshed in the universal fabric. Having shed physical form, we become one.”

Zawada added: “This film is about how we can move from the unsure human condition to a liberated state of positivity and freedom.”

Set for release on December 11 via Astralwerks, ‘We Will Always Love You’, is the follow-up to the Australian duo’s 2016 comeback album ‘Wildflower’.

The Avalanches have already shared a number of songs from the album this year, including the Rivers Cuomo-featuring ‘Running Red Lights’, their Jamie xx and Neneh Cherry collaboration ‘Wherever You Go’ and the title track, which features Blood Orange.