Nick has caused quite the stir so far (Picture: BBC)

Fans of The Apprentice can’t deal with candidate Nick Showering turning into an unintentional comedy genius, after surviving yet another boardroom on the BBC show.

Nick was placed in team Diverse for the latest challenge, where viewers watched the candidates have to design the interior and exterior of a driverless pod.

Led by Sophie Wilding, Diverse ultimately lost the task after producing confusing branding, resulting in a party bus that was too niche for many buyers to take an interest in.

However, whilst it was project manager Sophie who got the boot from Lord Sugar, he very nearly bit the dust in a double firing as he raised his firing finger to Nick.

He instead told him to go back to the house, with fans left delighted to get another week of the candidate in the competition.

Whilst he continues to provide plenty of laughs and brilliant moments, some viewers are even convinced Nick is, in fact, an undercover journalist or comedian who’s snuck his way into the process. 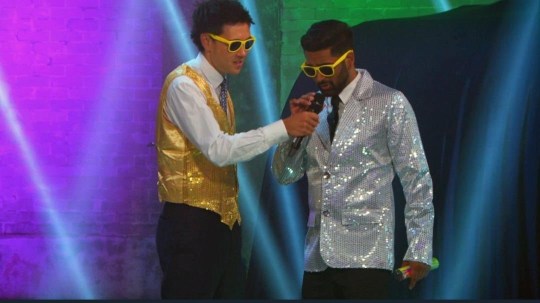 One fan shared: ‘There is nothing you can say to convince me this man isn’t undercover. Not sure yet if he’s a comedian, journalist or in witness protection that went too far #TheApprentice.’

‘Nick Showering is a comedian that has been planted in this series, I’m absolutely convinced #TheApprentice,’ joked another. 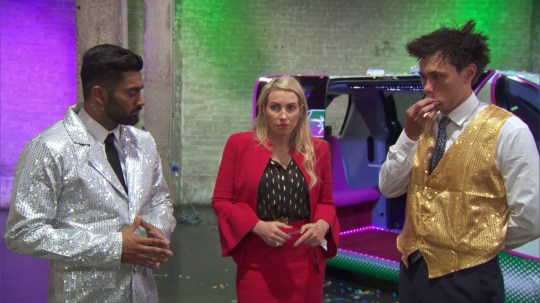 Sophie wasn’t having any fun with the party pod (Picture: BBC / Naked)

‘Hands down my favourite candidate this year,’ said someone else, in response.

‘There is no way Akeem and Nick are real people #TheApprentice,’ commented a viewer.

A fan joked: ‘I am 100% convinced that Nick will be revealed to be a Sacha Baron Cohen character #TheApprentice.’

Previous episodes have seen Nick try his hand at being a train tour guide with mixed results, as well as his non-alcoholic drink creation, which surprisingly led his team to the win.

He’s even got himself onto social media platform TikTok, where he has over one million likes on his clips related to his time on the show.

Fans are rooting for Nick and fellow candidate Akshay Thakrar to make it further on into the competition after the latter got through his fifth boardroom without being fired.

Despite it seeming as though Akshay was at strong risk of a firing, Lord Sugar fought his corner as he acknowledged he was not responsible for the failure of the task.

One commented: ‘I’m gunning for an Akshay Nick final I don’t even care #TheApprentice.’

Another said: ‘Nick and Akshay LMAOOOOOOOO this is comedy #TheApprentice.’

But who will become the eighth candidate to be fired when The Apprentice returns next week?

The Apprentice continues next Thursday at 9pm on BBC One.