‘She has weird skills, to be honest. She can sense when someone is close to death, and she takes them into Valhalla, which is essentially the afterlife,’ the 38-year-old told W Magazine.

So just a few useful skills then? 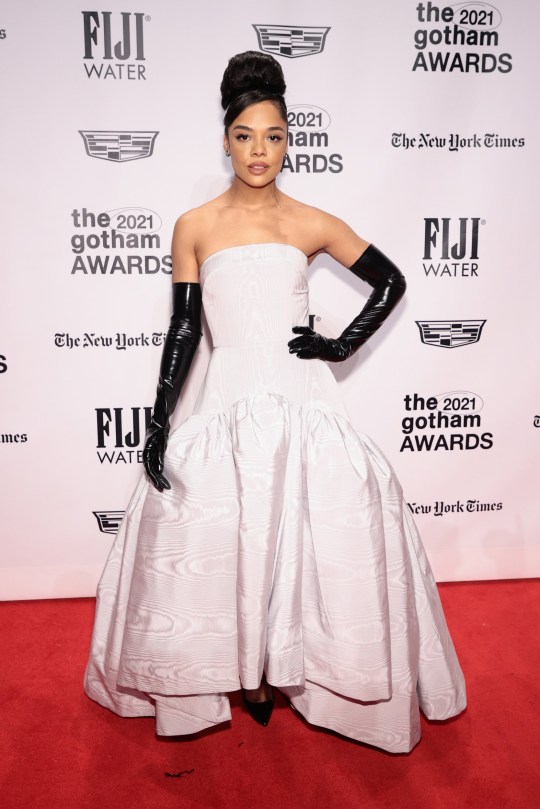 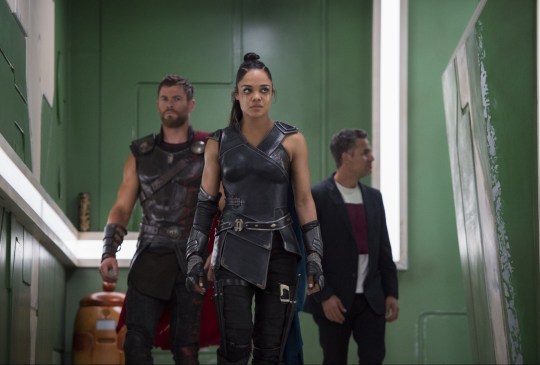 Tessa’s comments come after a selfie she took, seemingly in costume as Valkyrie, leaked online at the beginning of the year, revealing what could be the character’s new suit, which moves away from looks in Thor: Ragnarok and Avengers: Endgame to a black and white outfit and long braids.

It’s the same look that is glimpsed on a leaked poster published by The Direct last month, which reports it confirmed the authenticity with merchandise supplier Pyramid International. 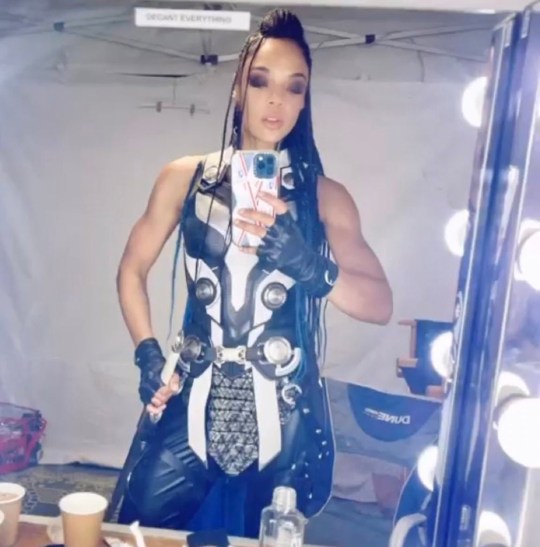 A picture leaked from set showing what appears to be Tessa in Valkyrie’s new suit (Picture: Cris Parker/Twitter)

The star also caused a stir while out filming the upcoming MCU movie in Australia last May, when she was pictured getting cosy with director Taika Waititi and his girlfriend Rita Ora on a balcony in Sydney.

Taika later dismissed the photos’ publication as ‘not a big deal’, although he was reportedly reprimanded by Marvel executives.

Elsewhere, Tessa discussed her role in Netflix film Passing with the publication, where she stars opposite Ruth Negga in the adaptation of the 1929 novel about two Black women who can ‘pass’ as white but choose to live on opposite sides of the colour line during the height of the Harlem Renaissance in late 1920s New York. 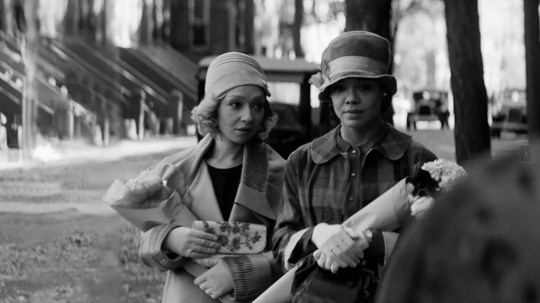 Reflecting on changes in Hollywood since her career began, the Westworld actress commented: ‘Even the fact that we can make a film like Passing that stars two Black women, that is about the interior lives of two Black women, is something that obviously couldn’t have been made before.

‘And Hollywood would’ve never lensed a woman like me to be the protagonist. So I think in that way, there’s been a tremendous amount of change.’

She also pointed to the fact she’s been ‘able to hang out in so many different genre spaces and to make movies both big and small’, as well as play different kinds of protagonists, before adding: ‘Which is not to say that there isn’t more change to be made.’

Thor: Love and Thunder is set to release in cinemas on July 8.