I’M A Celebrity contestants are thrown into hellish dungeons just hours after arriving at Gwrych Castle — their scary new home for the next few weeks.

The Sun on Sunday can reveal producers have pulled out all the stops to ensure as many nods to the terrifying Australian original as possible, including lizards, snakes and cockroaches. 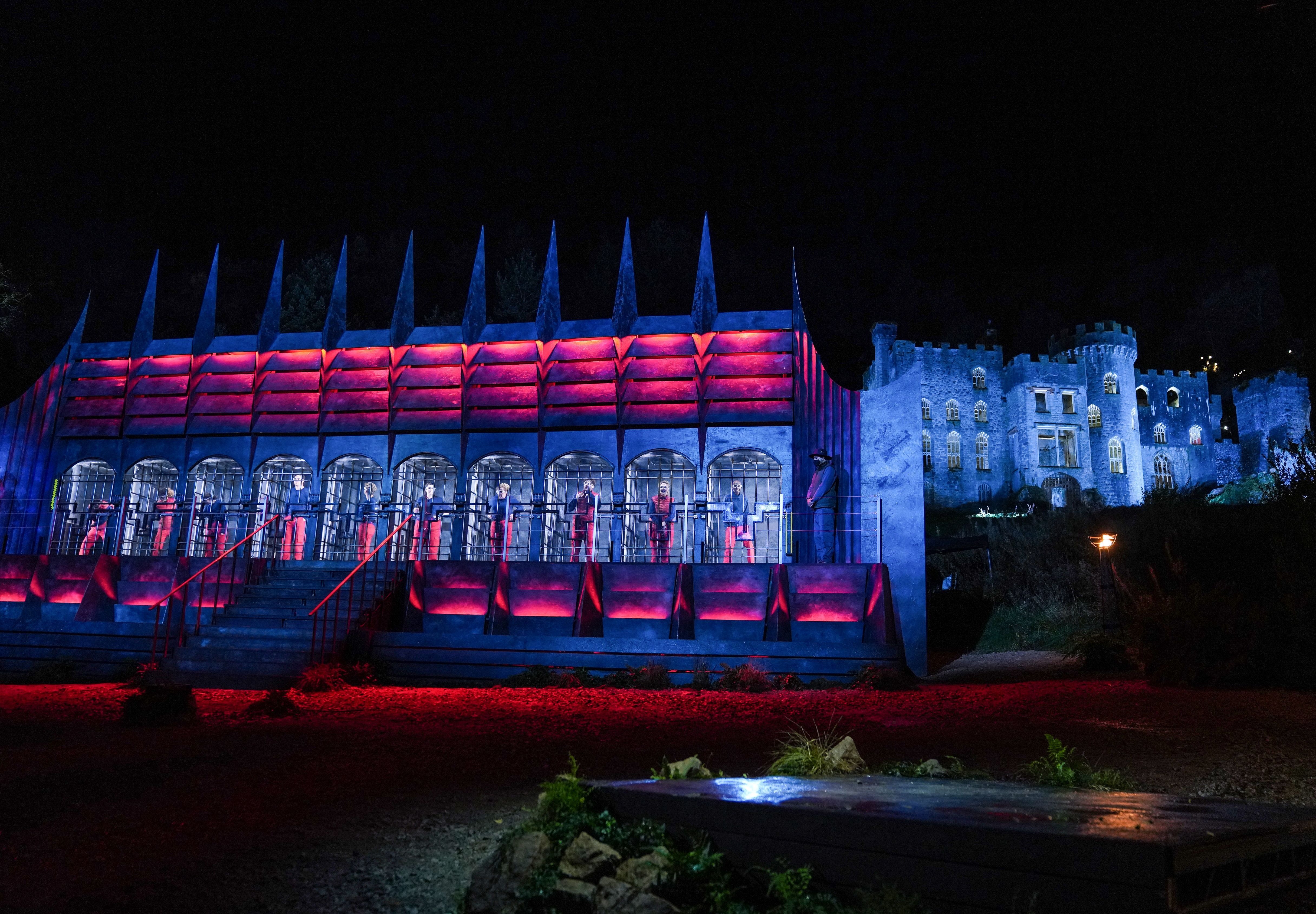 The new stars of I’m A Celebrity are thrown into hellish dungeons for the first BushTucker TrialCredit: Rex Features 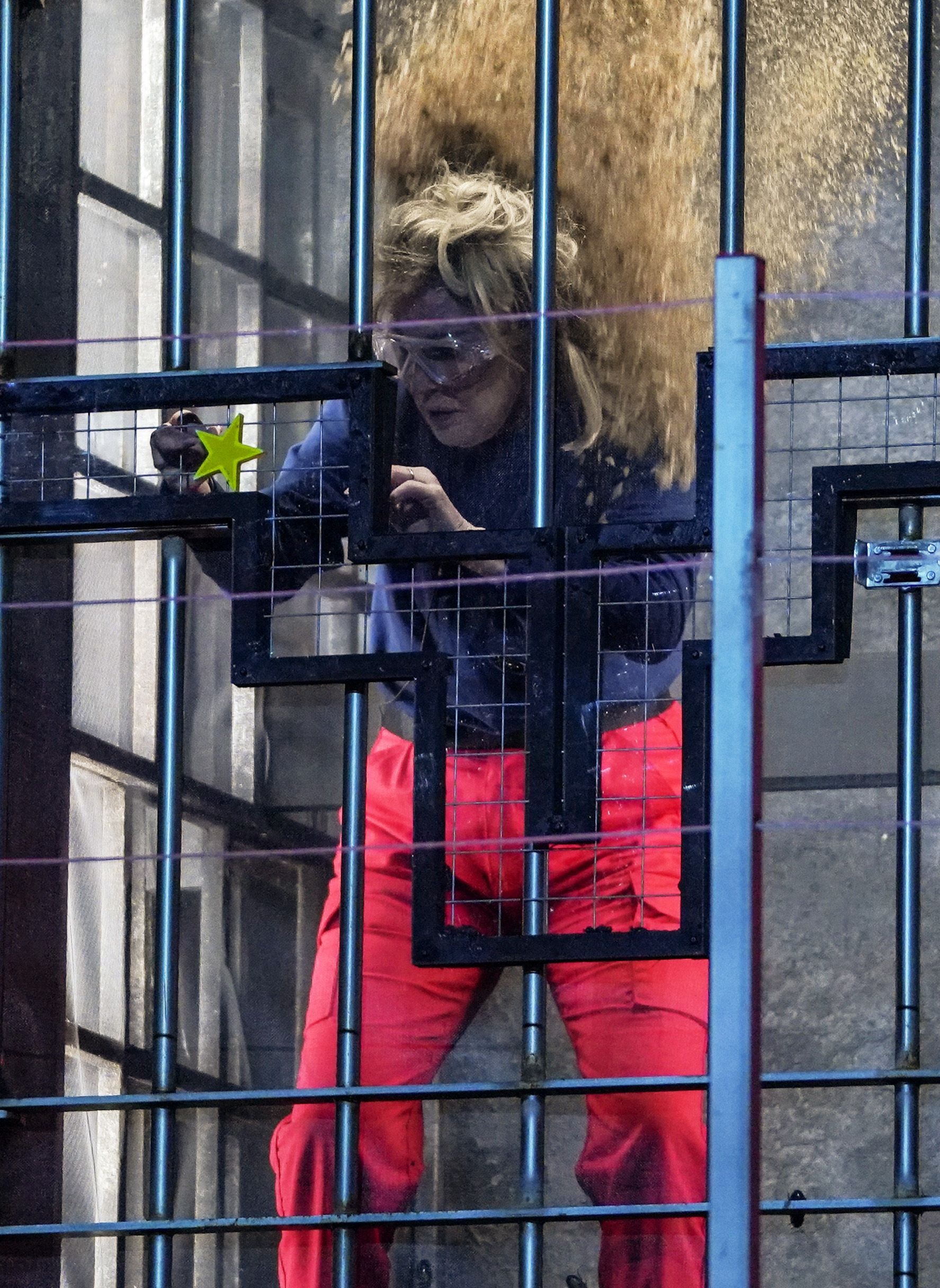 Cheeky hosts Ant and Dec are as usual on hand to guide the nervous team, with Ant warning: “Expect the unexpected.”

The celebs, including Olympic great Mo Farah, 37, have to pass stars through the cages in 12 minutes while being drenched in mealworms, crickets and cockroaches.

The campmates might not be Down Under owing to Covid restrictions but they will be confronted with the usual critters from the ITV series, including medieval “dragons” in the form of snakes and lizards. 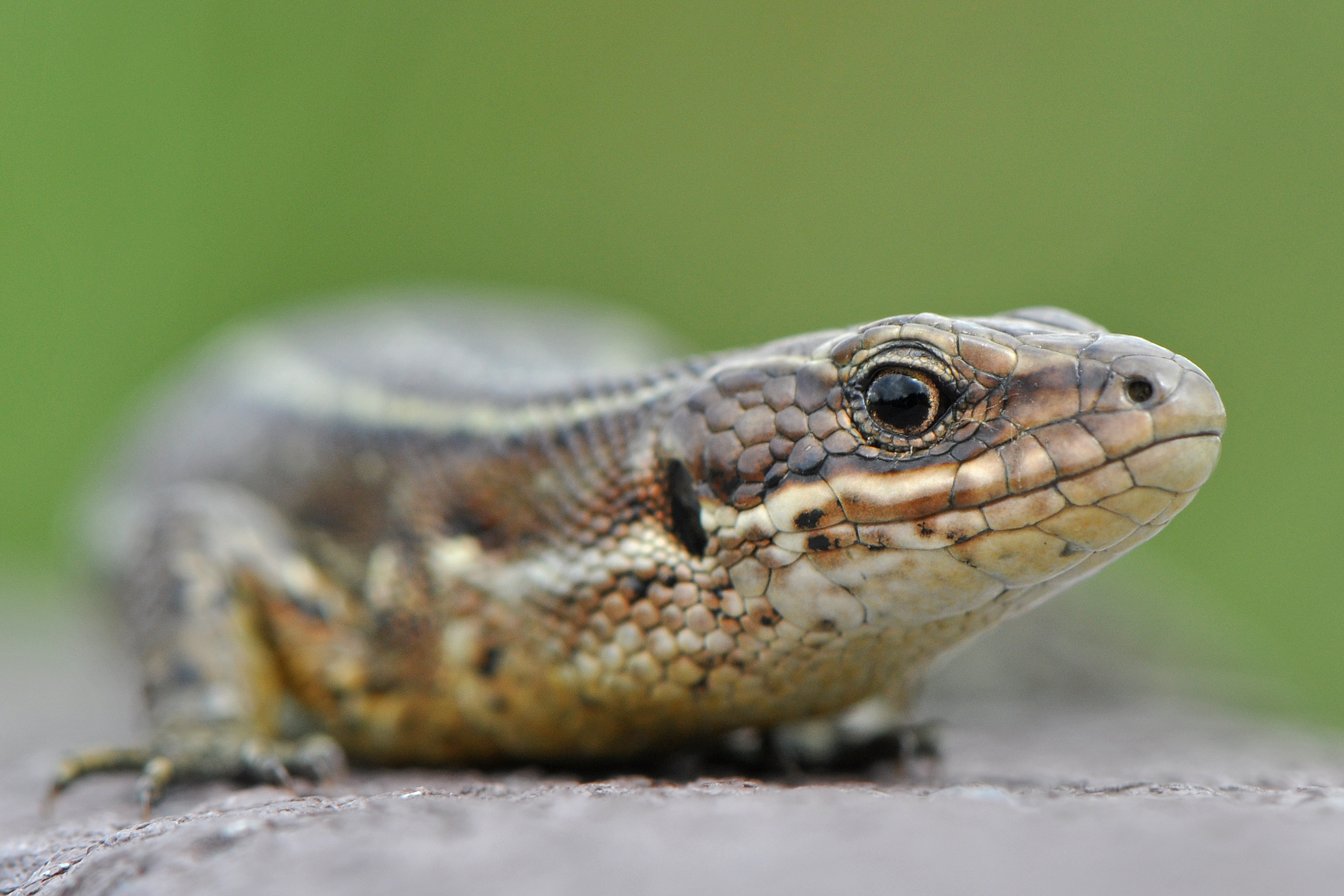 The stars encounter lizards and frogs during The Gates to Hell challengeCredit: Getty 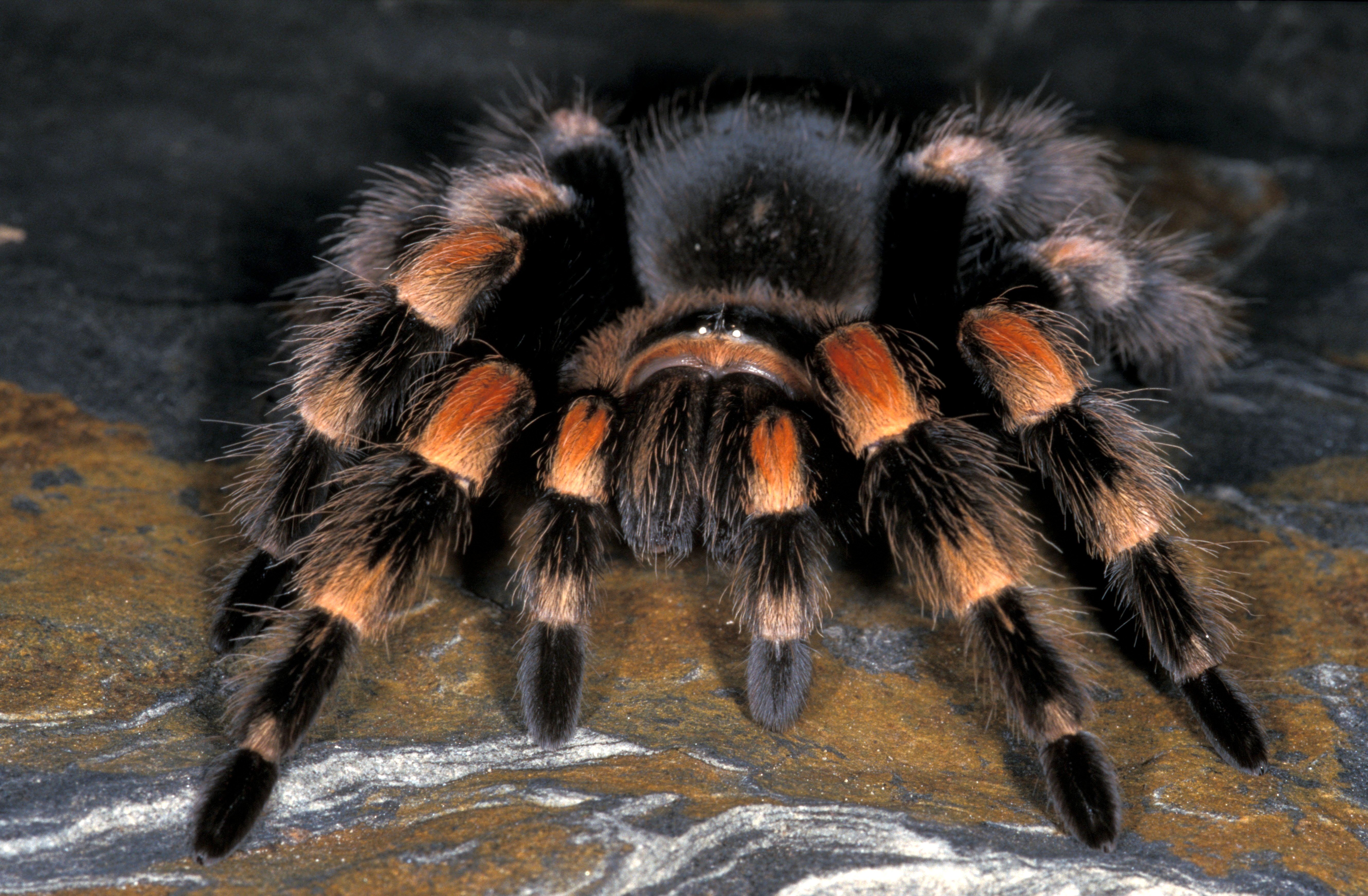 In a nod to the Australian original, they also face spiders, snakes and cockroachesCredit: Alamy

We can reveal producers are calling on wildlife company Living Things Ltd to feature their exotic animals in the show, including during trials.

A source said: “Bosses want viewers to feel like they are watching the show they know and love so there are plenty of nods to the Australian version.

“The genius trials team have run with the medieval theme and have gone all out to get the most terrifying creatures celebs must deal with in Australia. 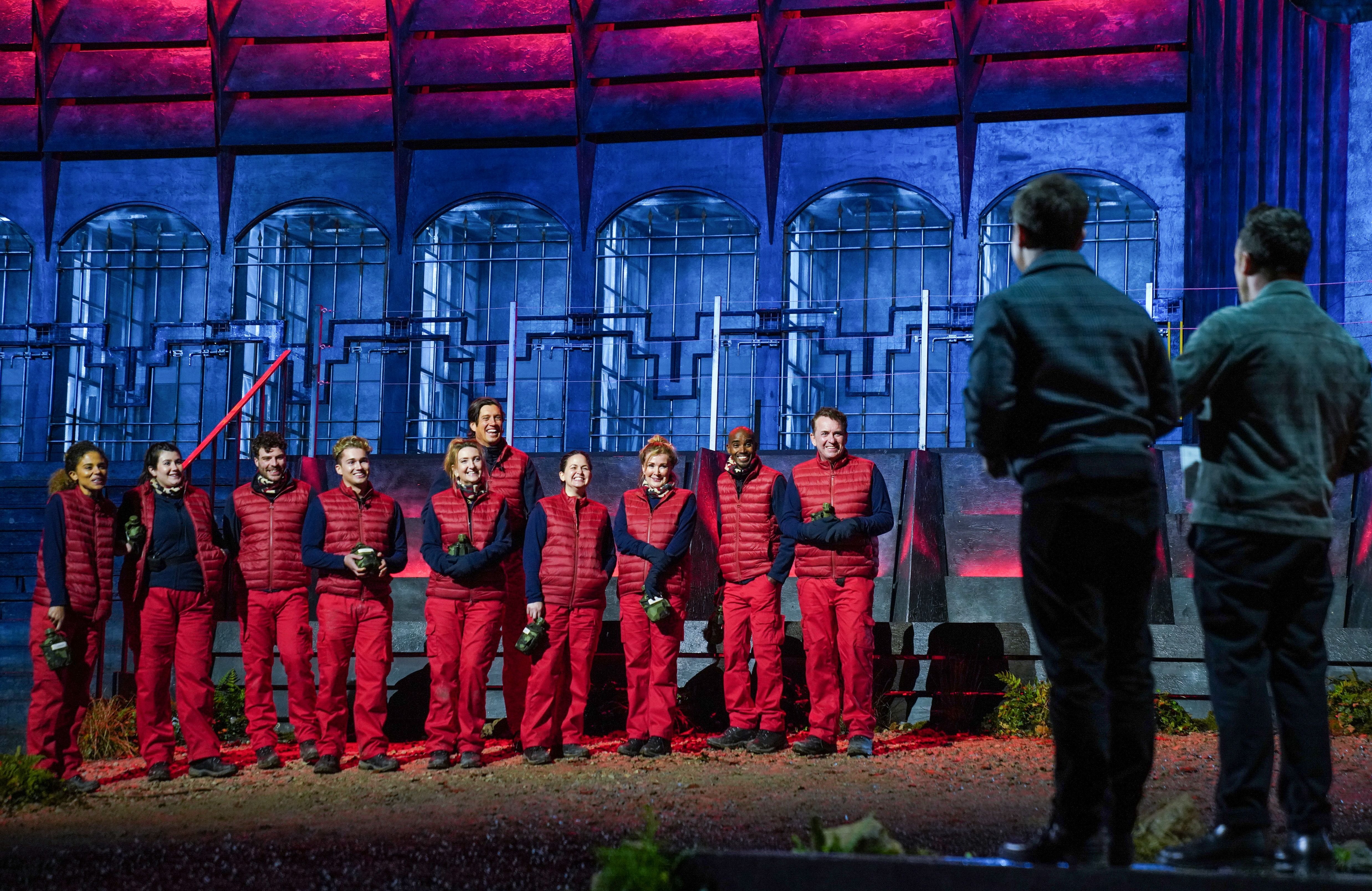 The contestants looked nervous as they got ready to take on the trialCredit: Rex Features

“Just because they’re in Wales doesn’t mean they’ll get an easy ride with the critters — it will be harder than ever.

“Celebs can also expect the hellhole trial, which sees them lowered into a grave of critters. Also, they are keeping the much-loved, fun Cyclone challenge, which sees them battle a giant fireball, a twister and gallons of water.”

Producers have insisted some trials will be stopped if it gets too much for the campmates, who also have to contend with cold and windy conditions.

But there is speculation they may introduce ferret legging, an endurance test with the creatures trapped in participants’ trousers. 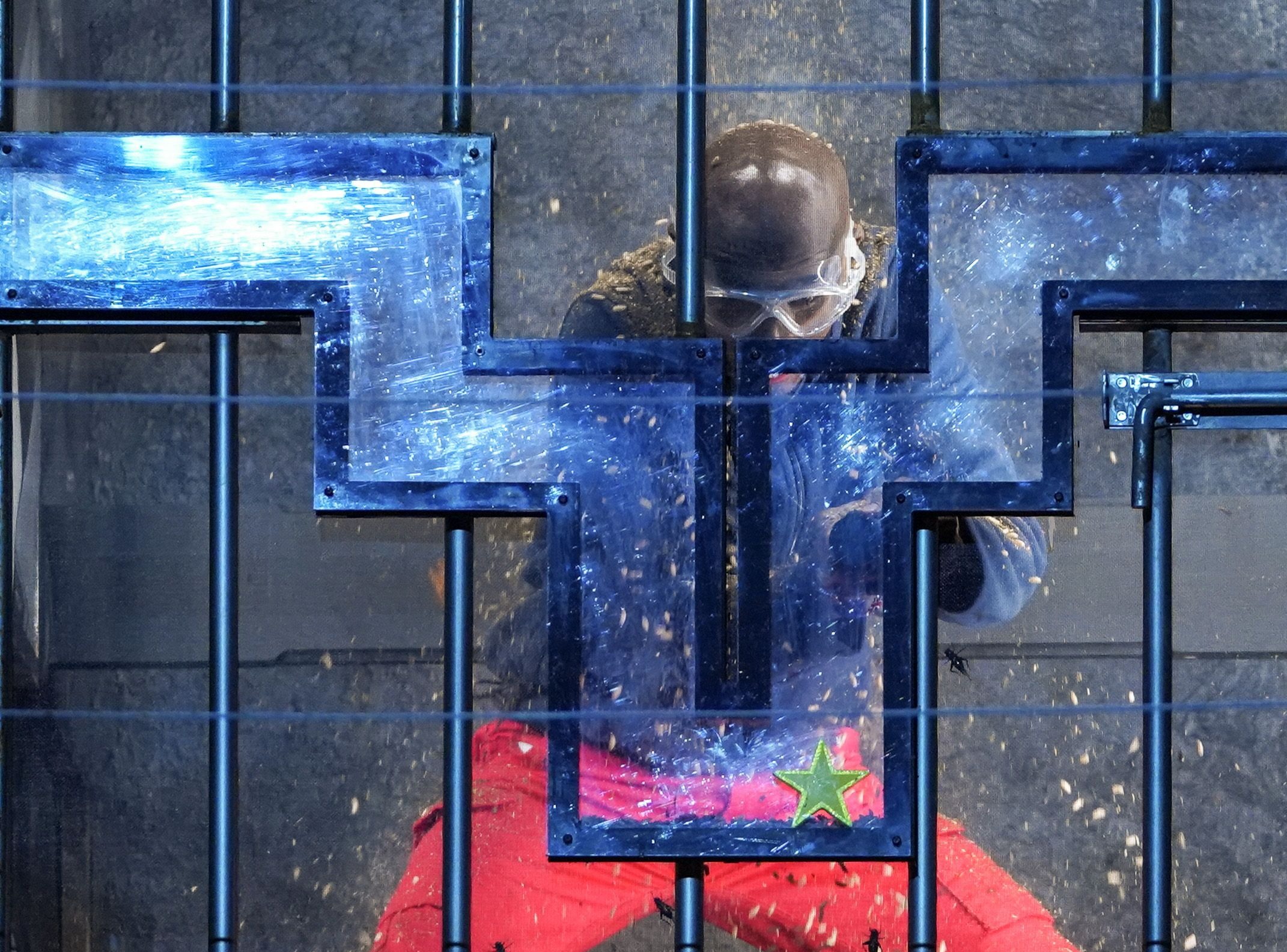 Sir Mo Farah raced ahead during the trialCredit: Rex Features 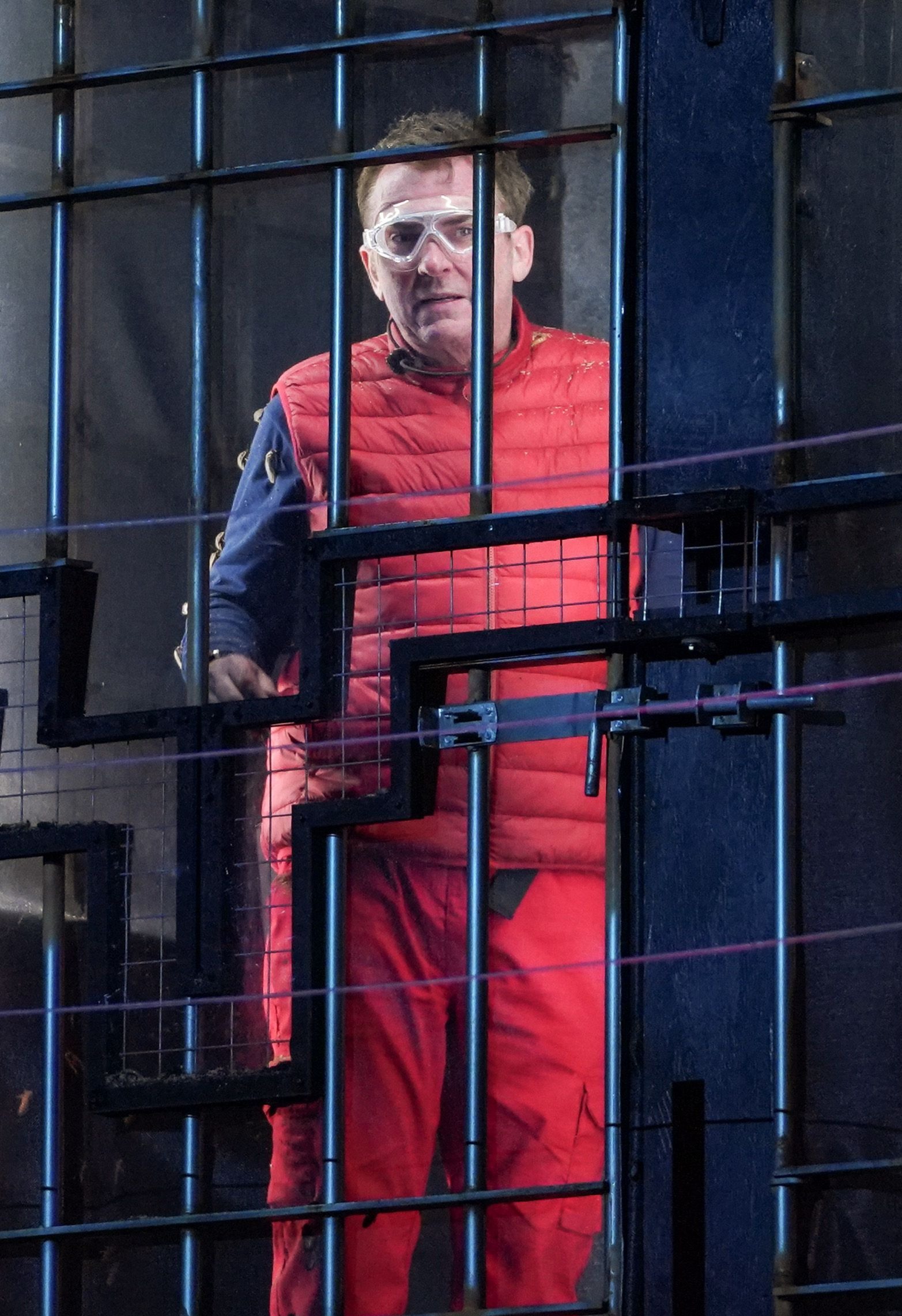 Shane Richie looked nervous as he took on the challengeCredit: Rex Features 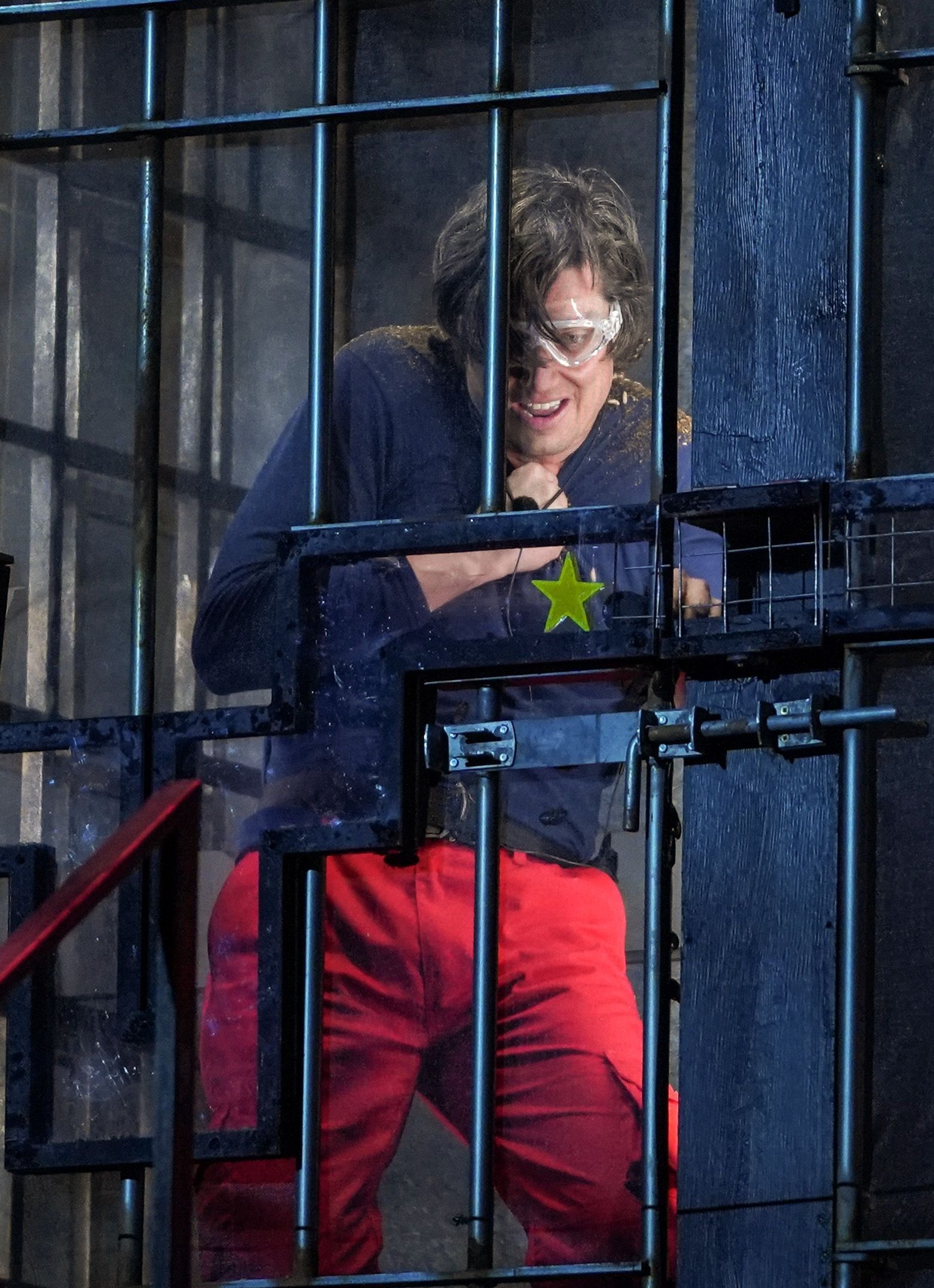 It became popular among land workers in Yorkshire in the 1800s and enjoyed a renaissance in the 1970s among coal miners.

Marlene Blackburn, of the Richmond Ferret Rescue League, said it originated in public houses “where patrons would bet on who could keep a ferret in his pants the longest”.

Poachers were also claimed to have hidden them down their pants to avoid detection by gamekeepers.

Frank Bartlett and Christine Farnsworth hold the world record, five-and-a-half hours in 2010 at Whittington, Staffordshire — which is unlikely to be beaten by the campmates. 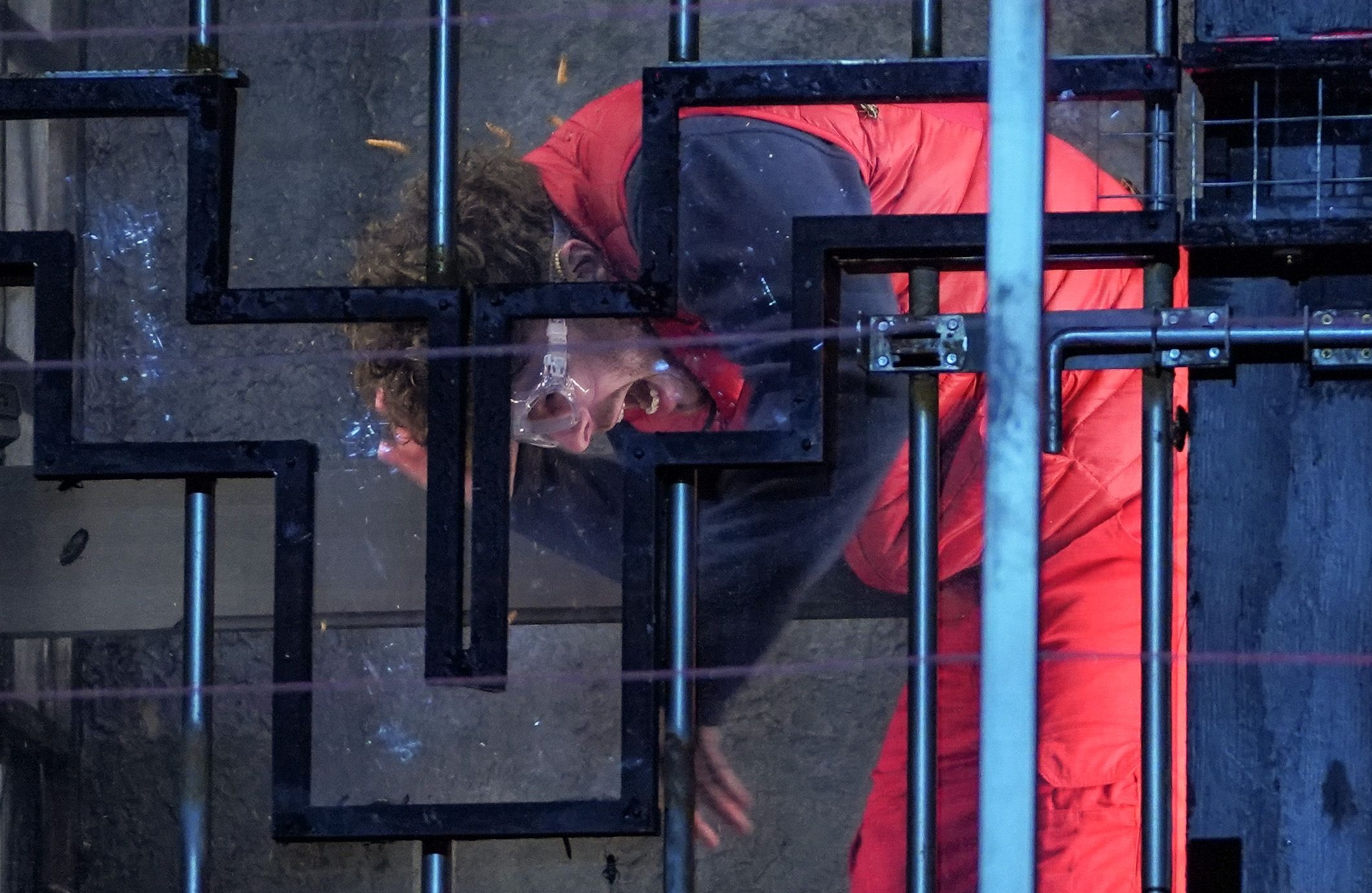 Jordan North shrieked as he took on the trialCredit: Rex Features

Tonight’s opener — in I’m a Celebrity’s 20th year — shows the contestants’ shocked reaction at seeing their castle living chambers for the first time. 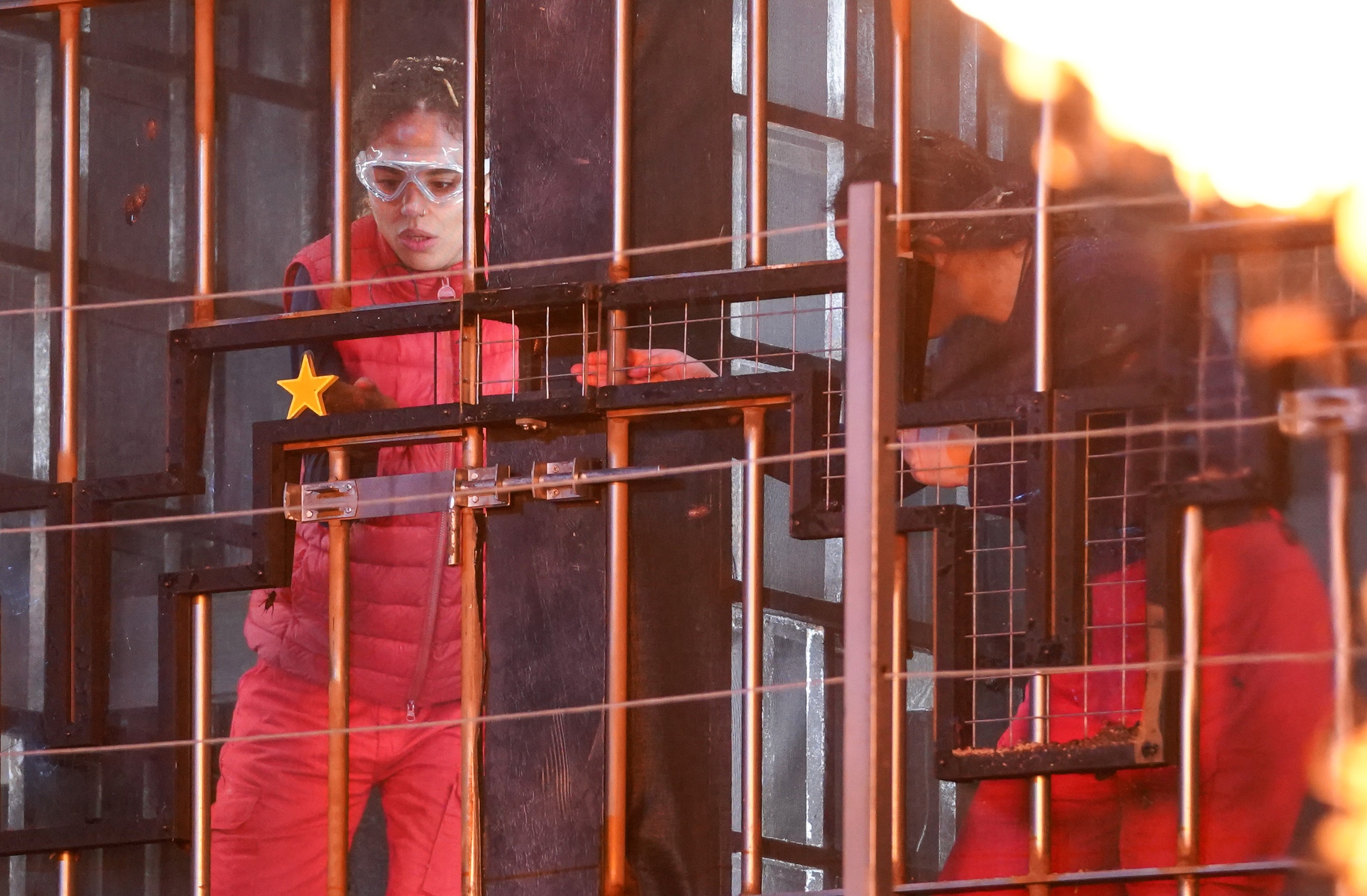 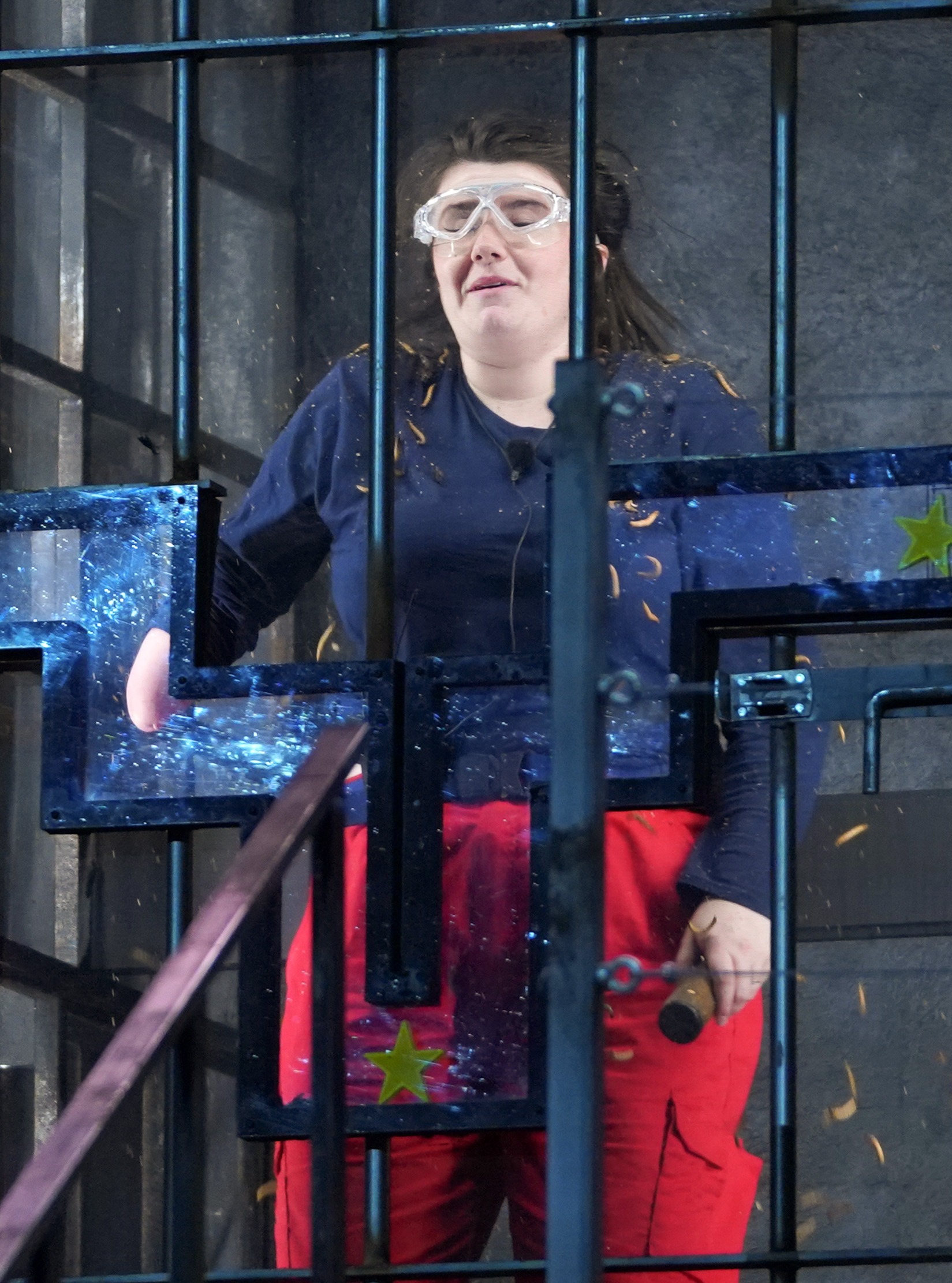 Hollie Arnold squirmed as she was covered in bugsCredit: Rex Features

He said: “There is a very established routine. Everyone who goes in has a full medical check, we have a psychiatrist who is attached to the show who will do an assessment.

“We have lots of conversations to make sure they are fit and able to go in. 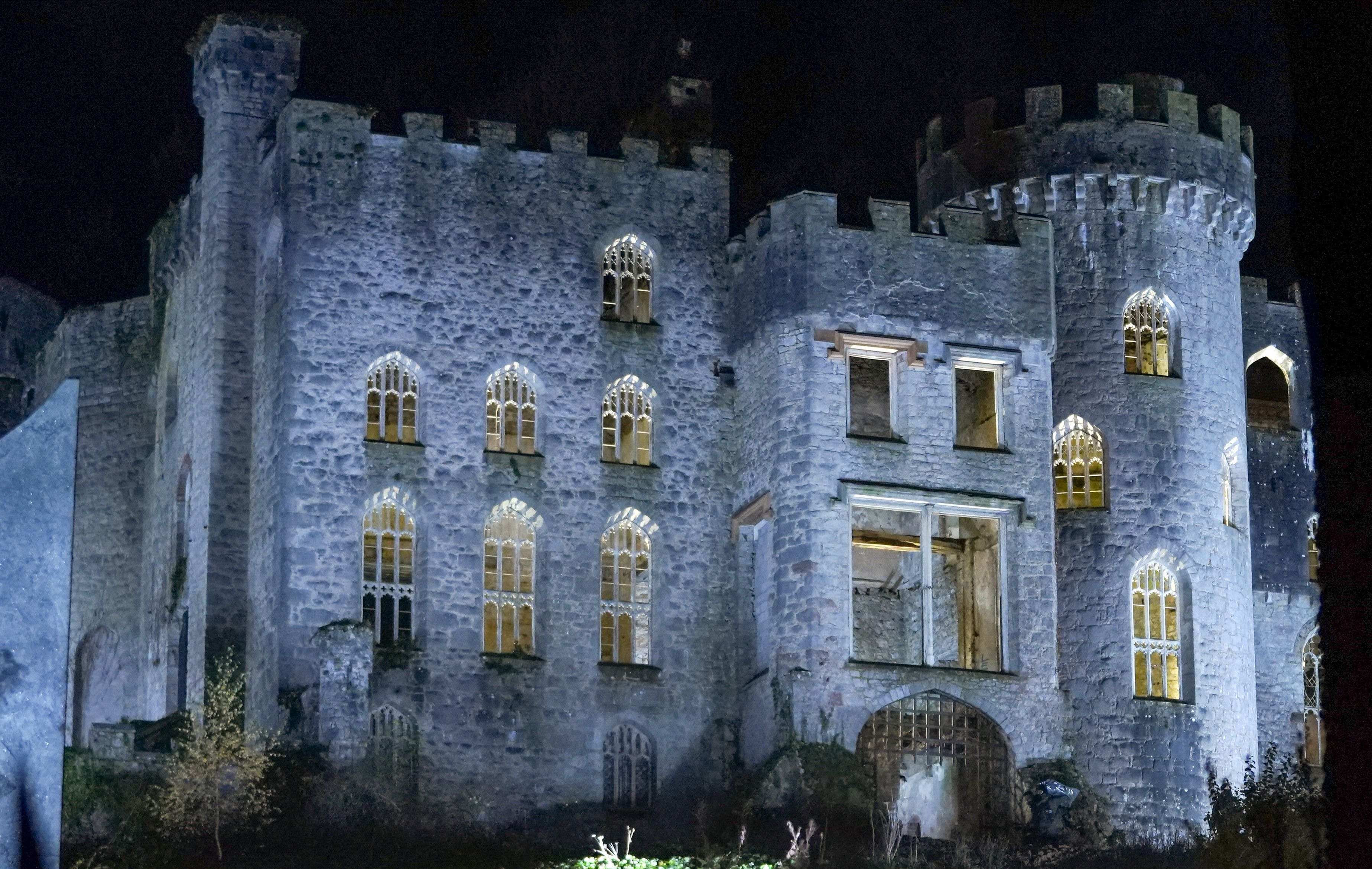 The campmates will stay in Gwyrch castle for three weeksCredit: Rex Features 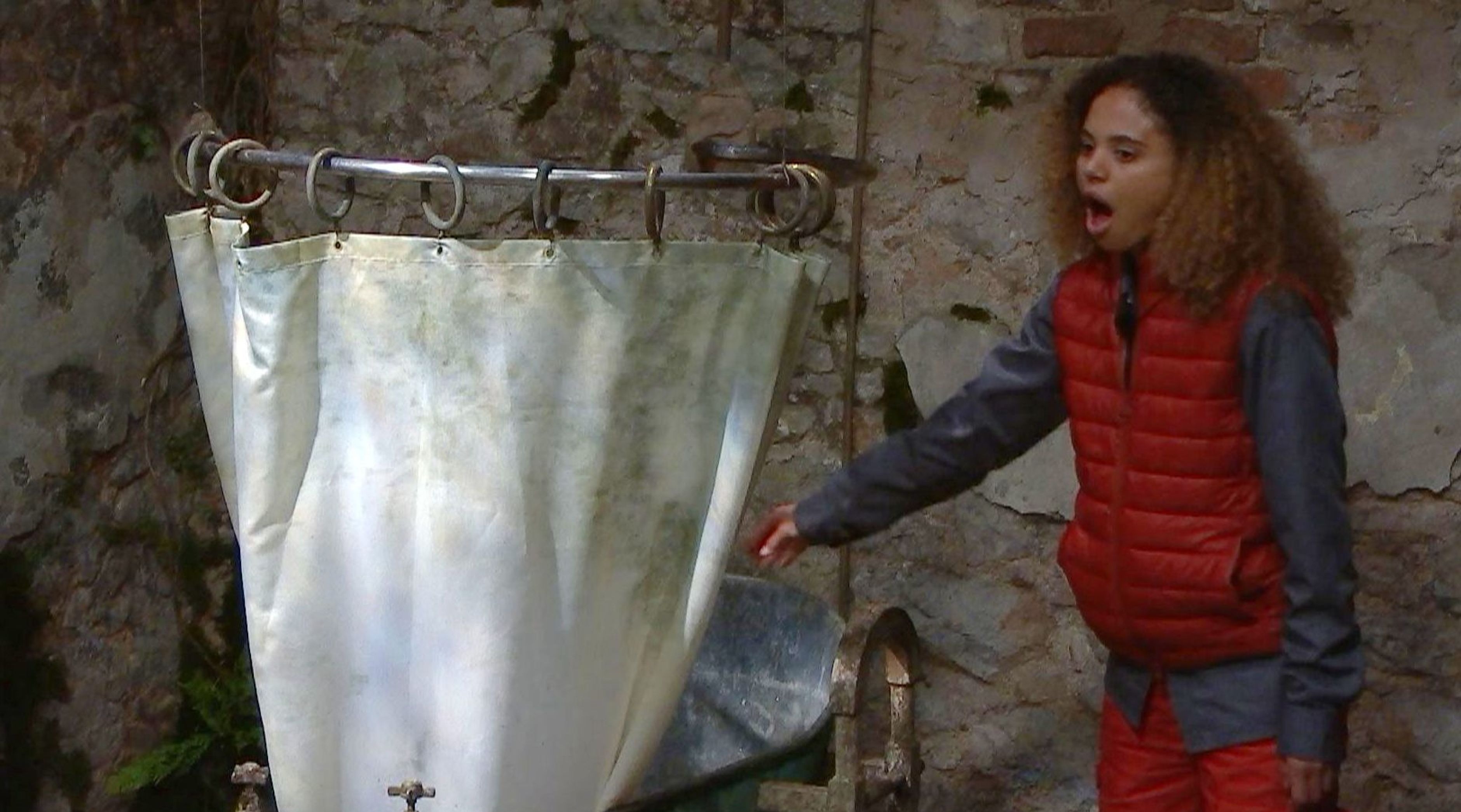 The first episode will see the stars familiarise themselves with their new home – and Jessica doesn’t look too impressedCredit: Rex Features 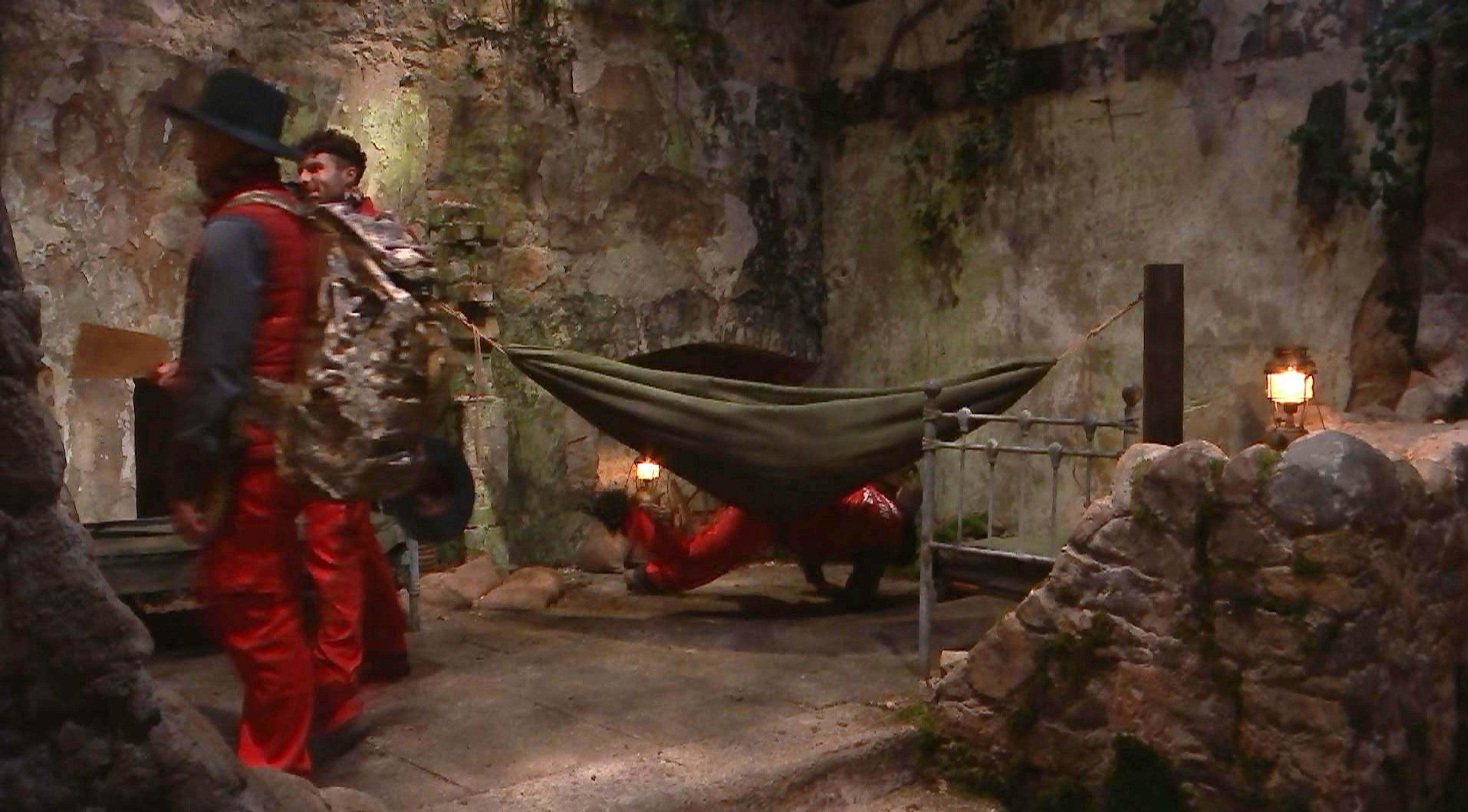 However Shane seemed excited about his hammock, despite quickly tumbling outCredit: Rex Features

“It is the most important thing for us. Everything is tested beforehand.

“We don’t want anyone to go in there to get hurt. That is not what the show is about. It is about facing your fears.”

He also revealed that some trials had been removed over fears for the stars’ wellbeing.

He said: “We have stopped… I mean, if they were ever under any kind of risk, certainly from a physical point of view, then we would stop. 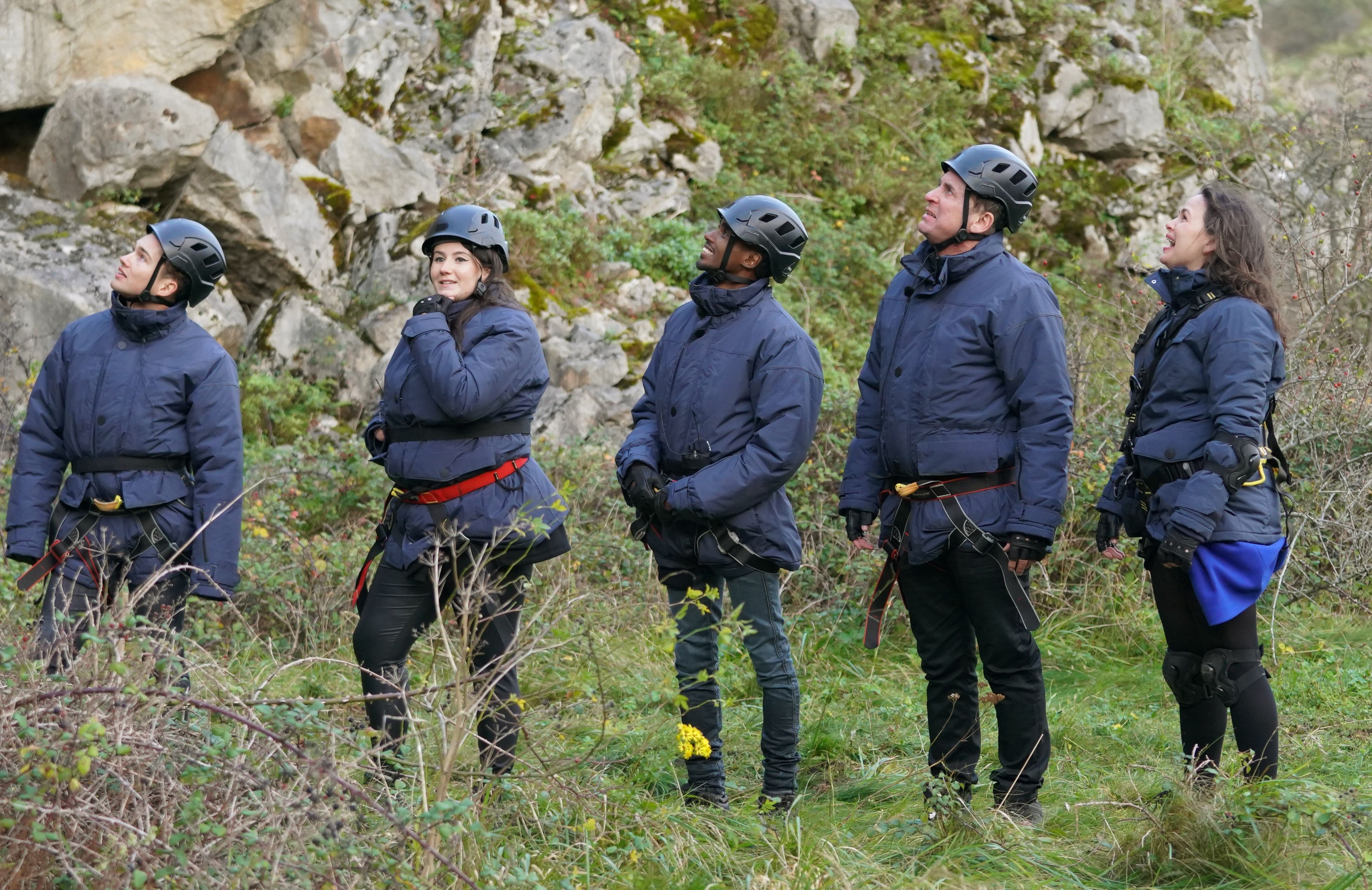 Earlier the contestants were seen abseiling their way into campCredit: Rex Features 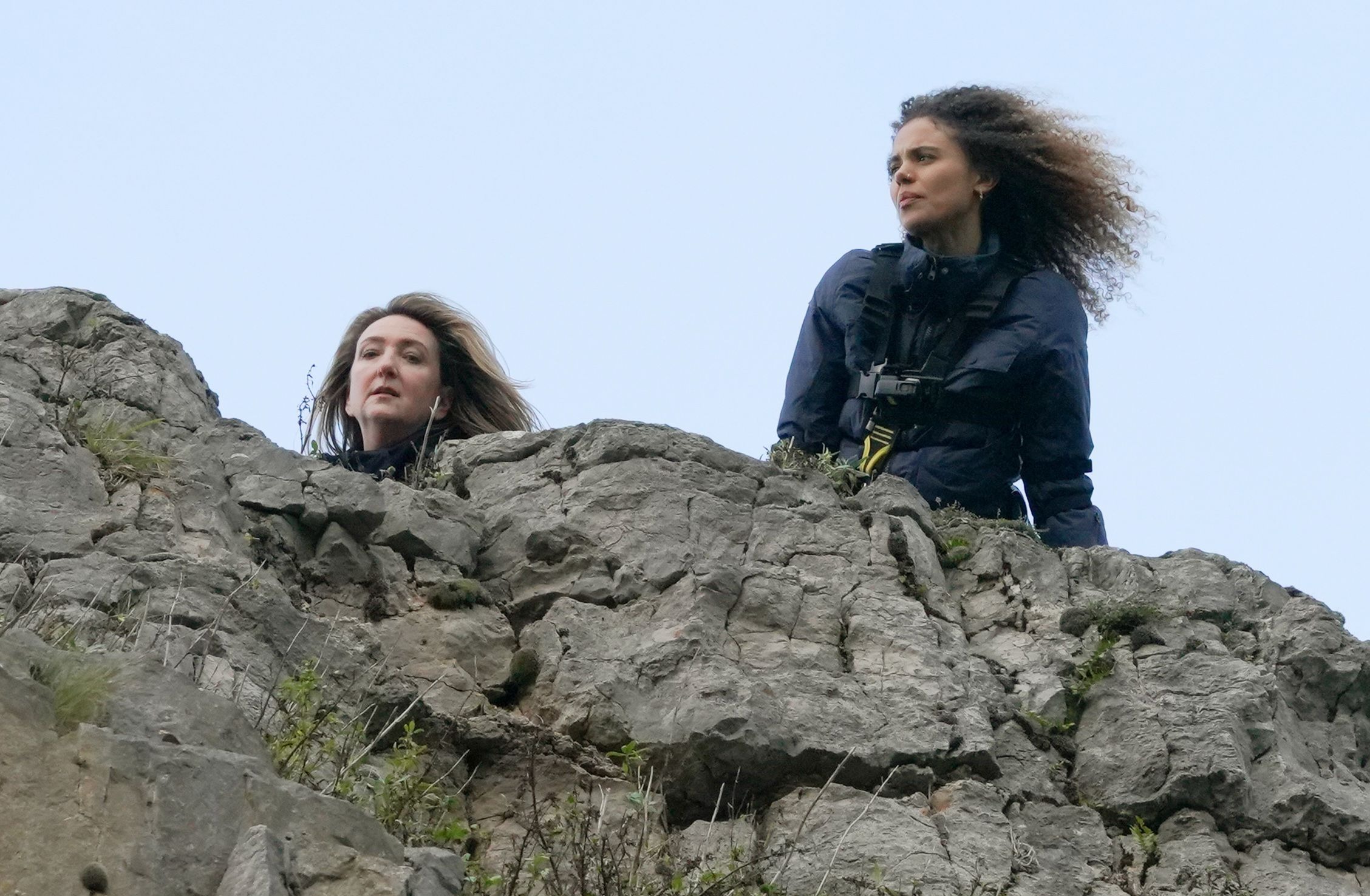 Jessica and Victoria watched on before abseiling themselvesCredit: Rex Features 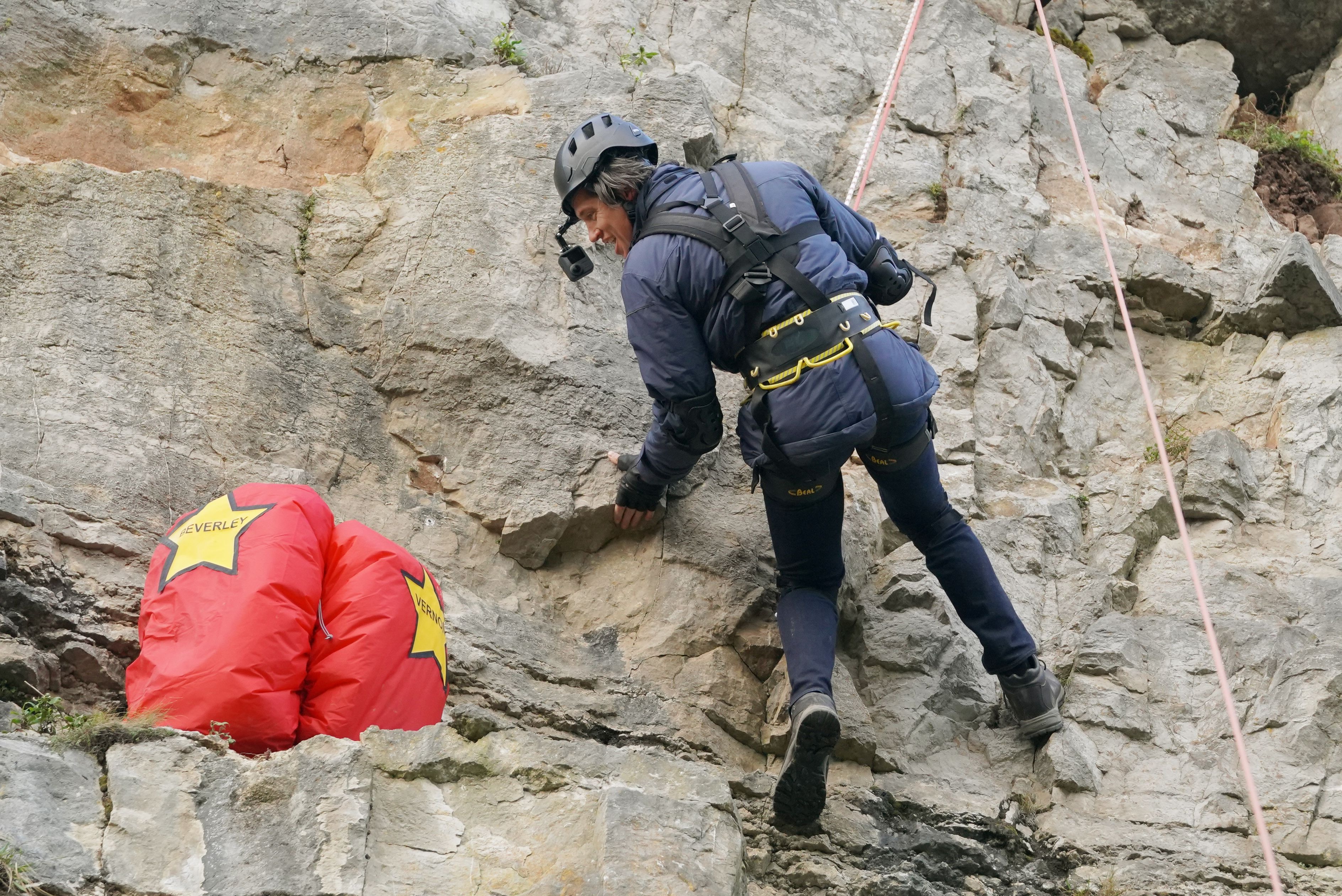 The stars had to face the terrifying cliff edge before getting into campCredit: Rex Features

“If we are halfway through a trial and we are not happy about something. We have done this before.

“From a mental point of view it is a constant revaluation. We have the medics on site and our psych is out there.

“It is constantly evaluated and we are constantly monitoring as we go through.”