TEEN Mom Kailyn Lowry yelled “get the f**k our of my car” as baby daddy Chris Lopez cursed at producers in wild fight.

The chaos kicked off after the mother of four picked up her youngest son, Creed, from Chris.

Teen Mom Kailyn Lowry and her baby daddy Chris Lopez got in quite the fightCredit: MTV 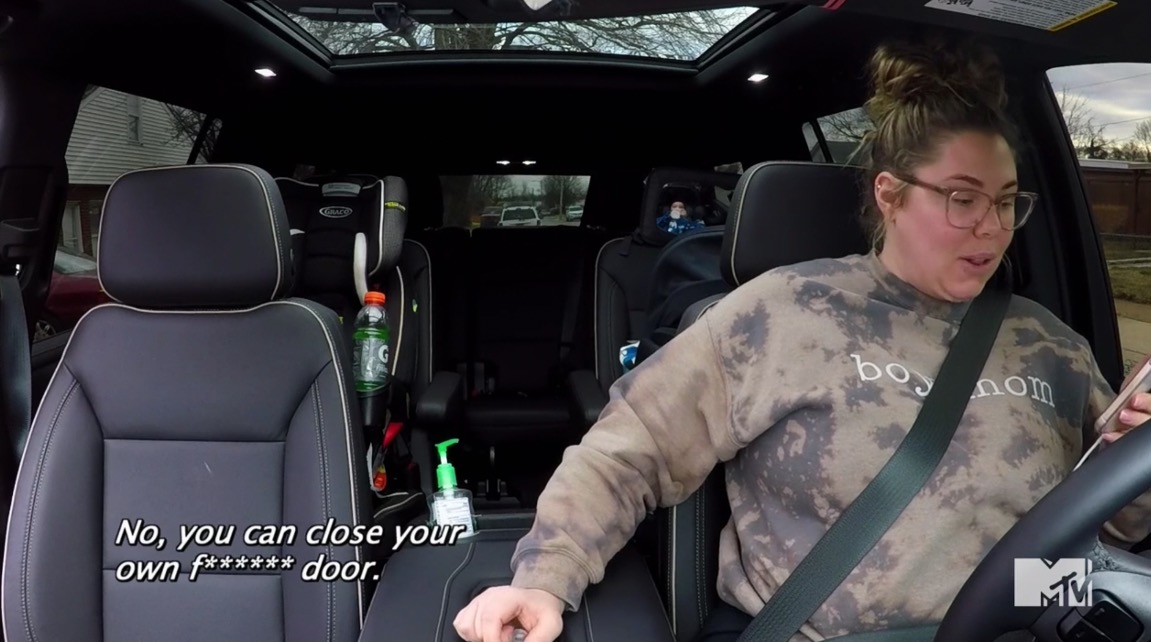 Upon arriving at her third baby daddy’s place, Chris entered her car and put their 7-month-old in his car seat, however, the little one began to break down.

After Chris gave him a bottle, he said, “I love you, buddy, I’ll see you tomorrow.”

“Tomorrow? When are you gonna see him tomorrow?” Kailyn replied, to which Chris hit back with, “when I drop my other son off!”

The father of two then walked around to the passenger seat and started to shuffle around papers, as it seemed he found his ex’s plans for her new house.

“This s**t bigger than a motherf***ker… is that where the house gonna be?” he asked.

After a few more back and forth exchanges, Kailyn tells Chris, “go change your nasty a** clothes…”

Kailyn ignores him, as she says, “close my door…”

“No, you can close your own f***ing door!” Chris replied, which leads Kailyn to tell, “close the door!”

Chris eventually enters his baby mama’s car, as Kailyn once again yells, “get the f**k out of my car!”

This leads Chris to completely lose it as he notices the cameras in the vehicle and begins swearing left and right at them – he has been quite open about not wanting to show his face on the popular MTV show.

“They can hear you. They can see you. You’re gonna be on the show,” Kailyn reminds him, as Chris continues to swear and point at the cameras.

“I hope they show you… they can. They can show you,” Kailyn says, as Chris claims producers aren’t allowed to show his face.

The former couple, who also share 3-year-old son Lux, have had their fights in the past, one which led to Kailyn being arrested after “punching Chris several times with a closed fist” over their eldest child’s haircut.

In February, The Sun exclusively revealed that the charges against Kailyn were dropped.

While the fight that led to the mother of four in handcuffs will now be showed on Teen Mom 2, that has not stopped her costar Briana DeJesus from discuss it.

Recently, Kailyn filed a lawsuit against Briana claiming that the mother of two “asserted that Lowry physically beat Christopher Lopez, the father of two of Lowry’s sons, and broke into and entered the home of Mr. Lopez’s mother.”

Shortly after Kailyn filed the paperwork, Briana’s sister Brittany blasted the TV star for bringing in a legal team against her sister.

Amid the chaos, Briana hinted that Kailyn’s “producer was fired” after the show’s ratings hit an all time low.