TEEN Mom Jade Cline has shown off major cleavage in a tiny orange bikini after the star’s plastic surgery transformation.

Jade previously documented her plastic surgery makeover during the filming of Teen Mom 2. 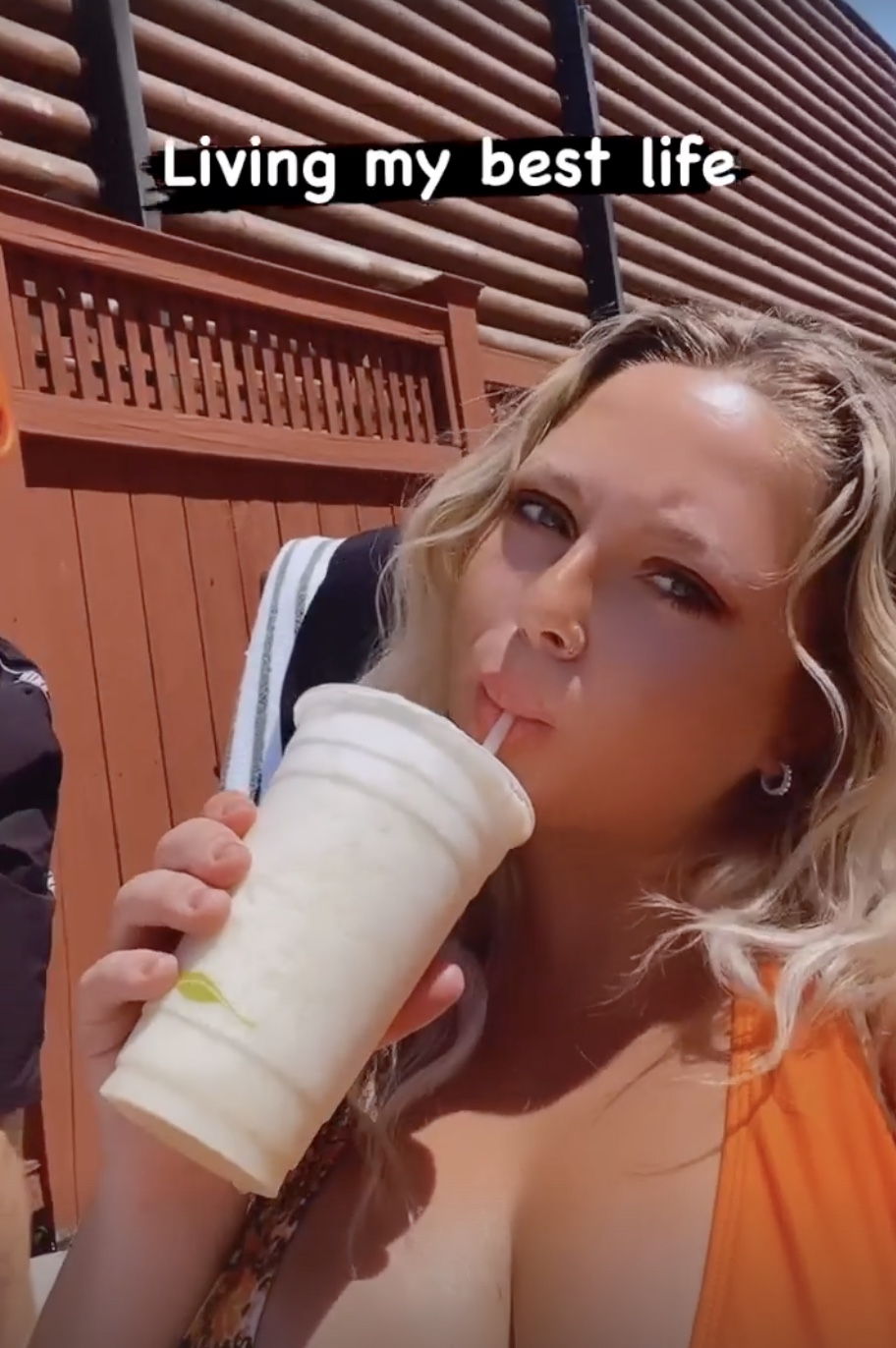 She relaxed with a smoothie during a family vacationCredit: Instagram/@jadecline_

The 25-year-old posted the revealing photos on her Instagram Story.

In them, the MTV star flaunts her curves in an orange and animal print bikini.

The first photo, captioned “living my best life,” shows Jade sipping a cold smoothie while bathing in the sun.

The second depicts the TV personality pouting for the camera, her wavy blonde hair frames her sun-tanned face. 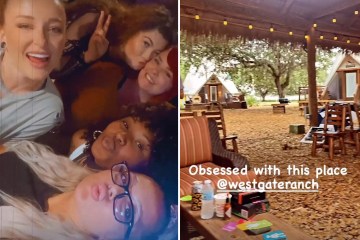 Jade posted herself in another revealing bathing suit recently.

The star showed off her underboob in a barely-there bikini that struggled to contain her.

Jade was joined on the water ride by her boyfriend Sean Austin and their daughter Kloie.

She wore a tight blue bikini that couldn’t cover all of her, exposing her underboob.

The mom of one has proudly shown off her body since undergoing plastic surgery a little over a year ago.

Back in February of 2021, Jade underwent a “painful” Brazilian butt lift surgery and liposuction on her neck.

She filmed the procedure for the show and documented her suffering post-op.

During an episode, Jade revealed that “the pain in [her] a**, and legs, and back is f**king excruciating.”

She also admitted: “I can’t even sleep. I can’t get comfortable…It’s even worse than I thought.”

During the Teen Mom reunion special, Jade broke down in tears as she admitted that she thought she was “going to die” and “was blue from lack of oxygen” after her plastic surgery.

However, she thanked her co-star Briana DeJesus, 28, for nursing her back to health after having gone under the knife.

Jade praised Briana for helping out and giving her a shower for the first time after the surgery.

In an Instagram Q&A after the fact, Jade confessed that the experience was not what she expected.

When a fan asked how tolerable the pain was after the procedure on a scale of one to 10, the Young and Pregnant alum replied “20.”

Back in June, Jade flaunted the fruits of her suffering while celebrating her birthday.

One of the posts she shared was a montage of snaps of her and an unnamed friend having fun, including a fresh look at Jade’s new butt.

The hairstylist has been showing off her curves lately, as she shared a boomerang of herself laying on a lounge chair outside.

She wore a low-cut, blue bathing suit top as she basked in the sun.

Jade showed off her curves as the camera moved in and out.

She shook her head back and forth and gave a serious look to the camera with her hair tied with a purple scrunchie.

She captioned the photo: “Minding my own business and living my best life.” 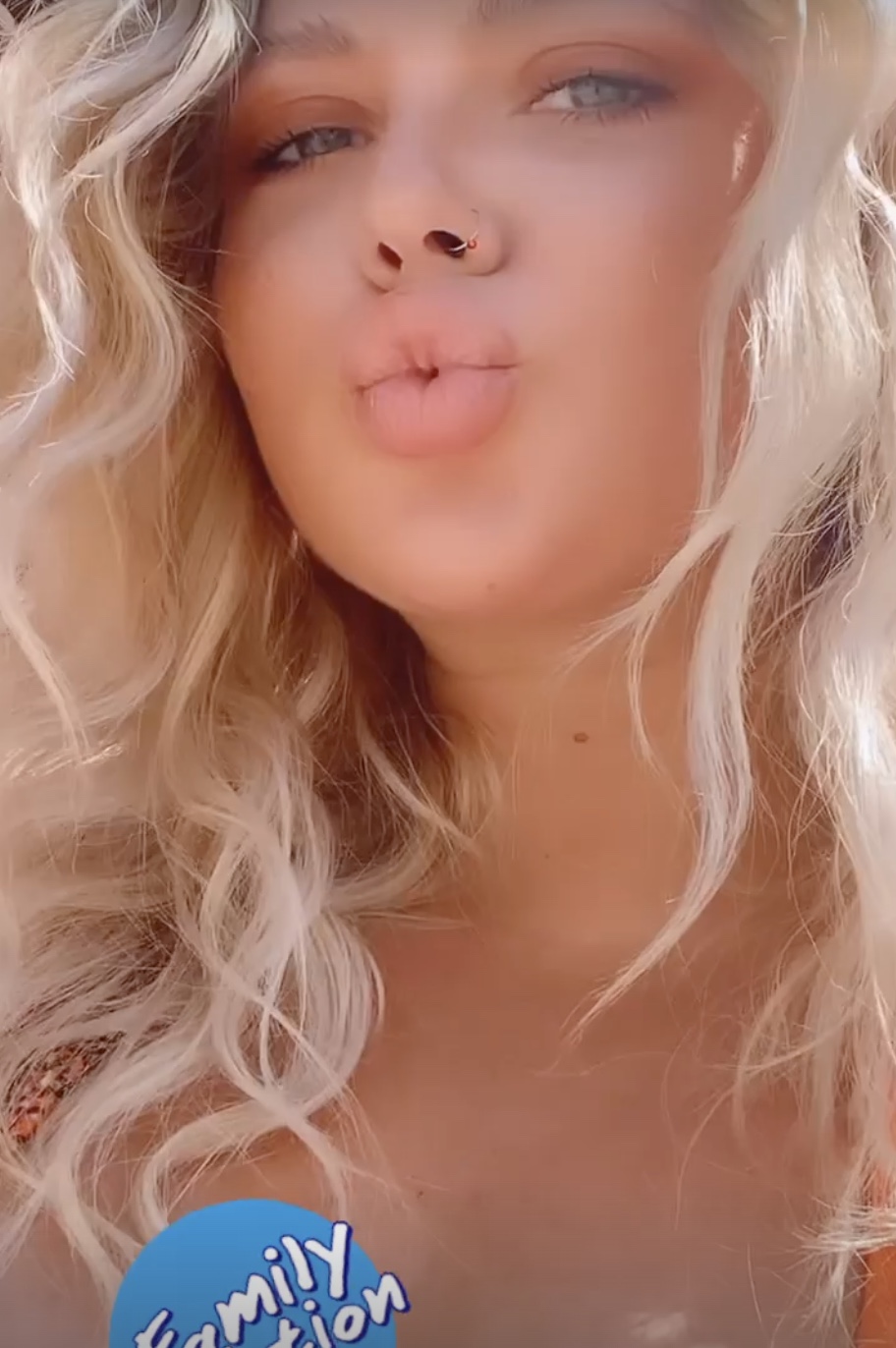 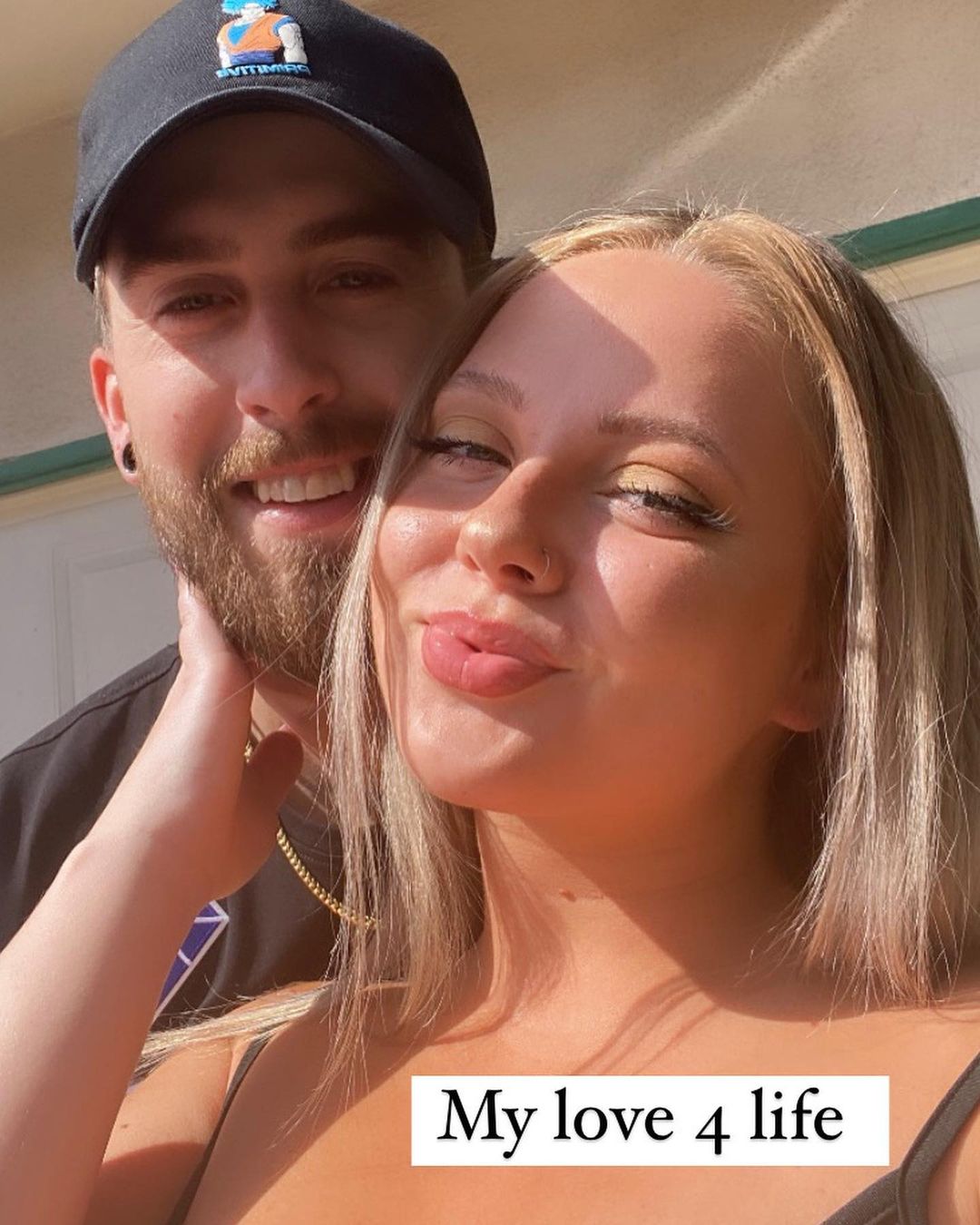 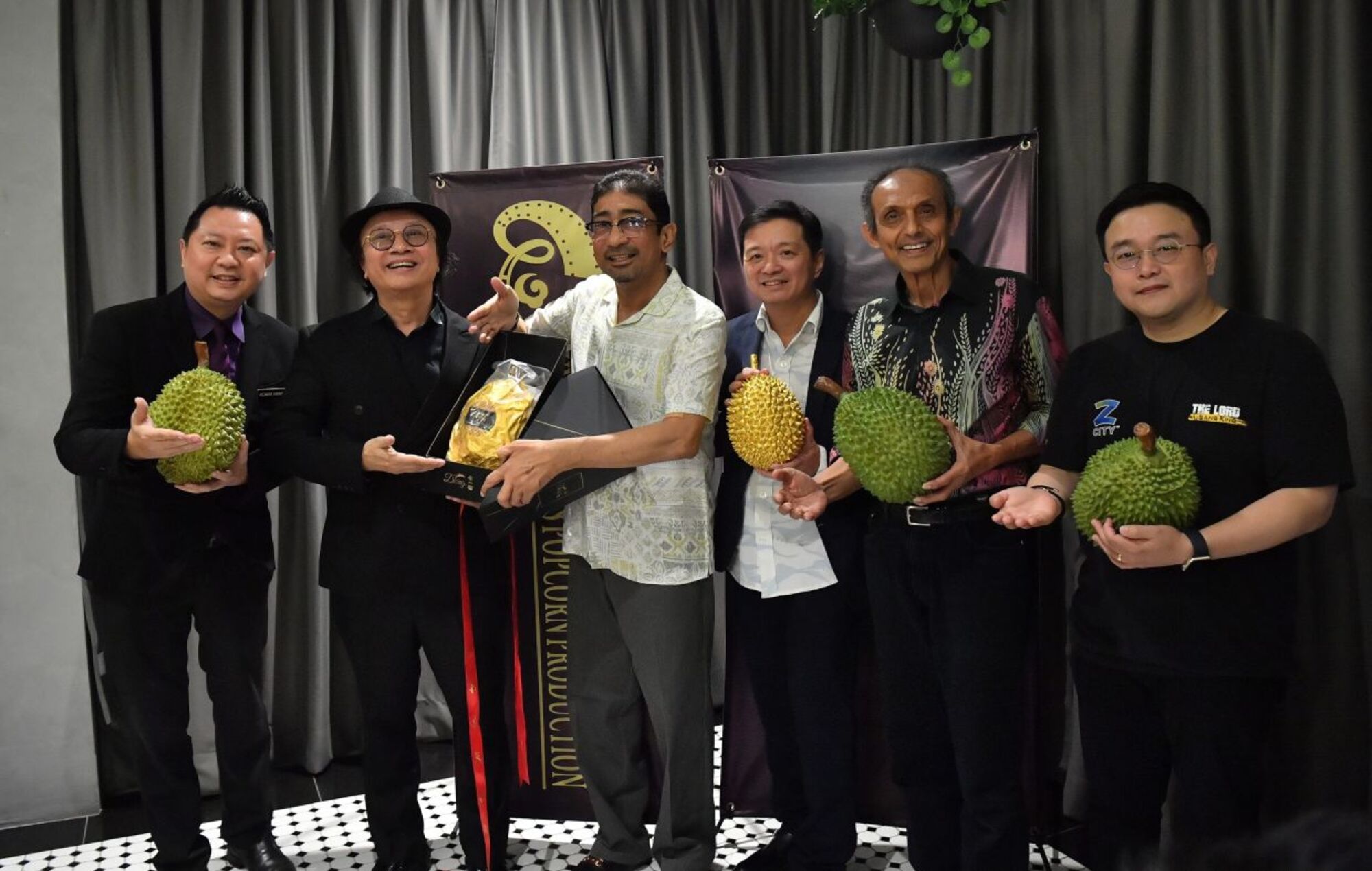 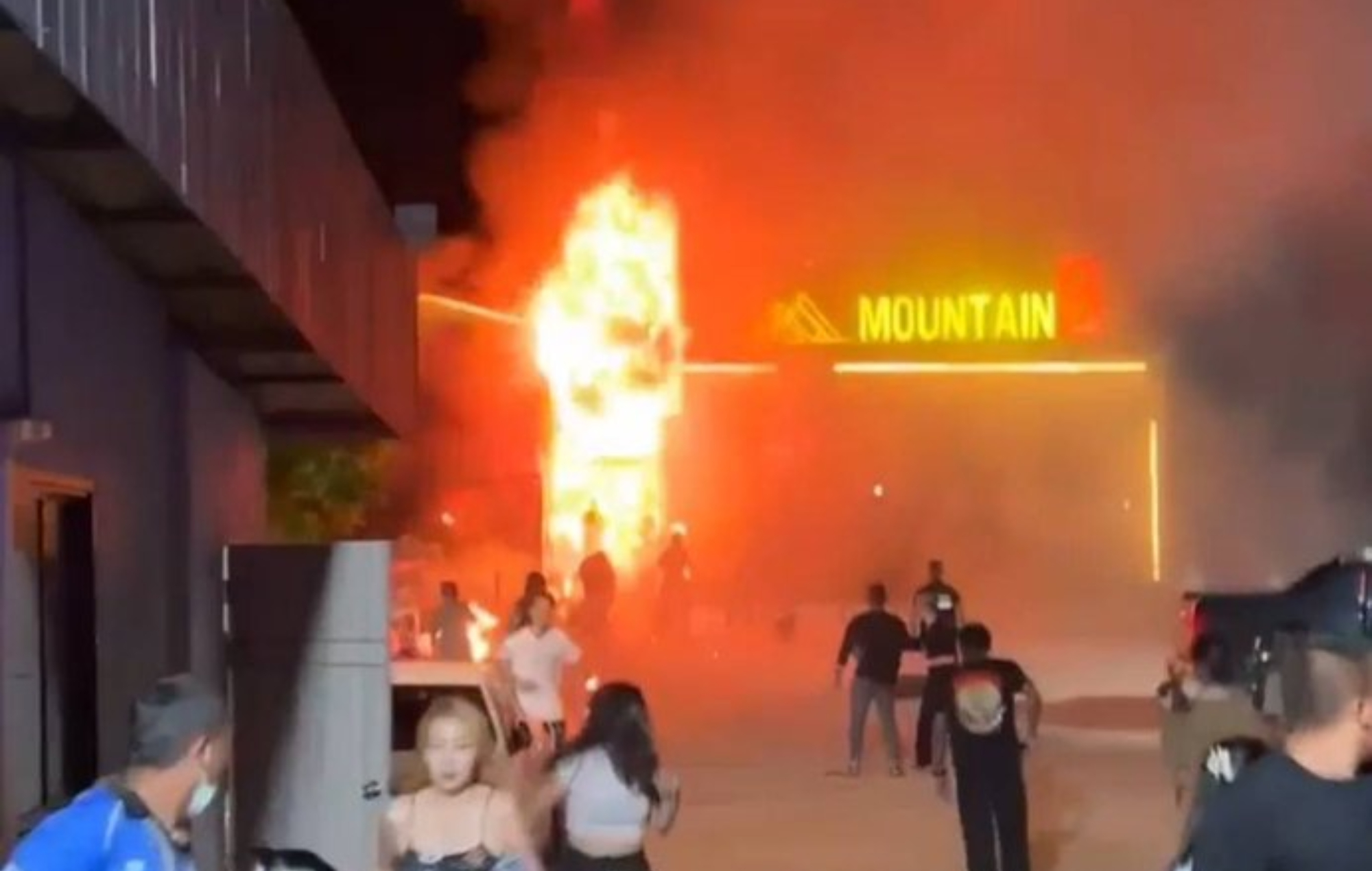 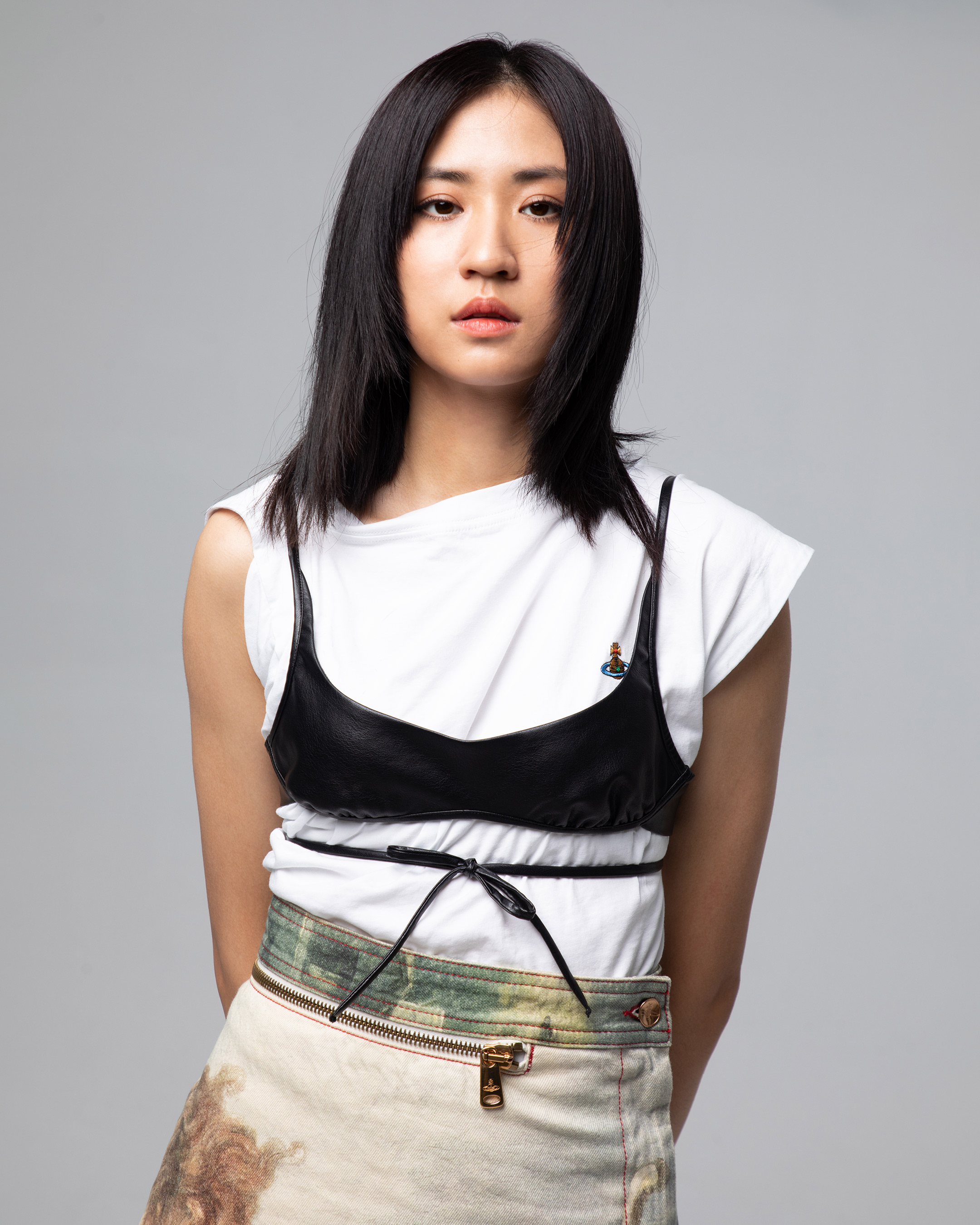 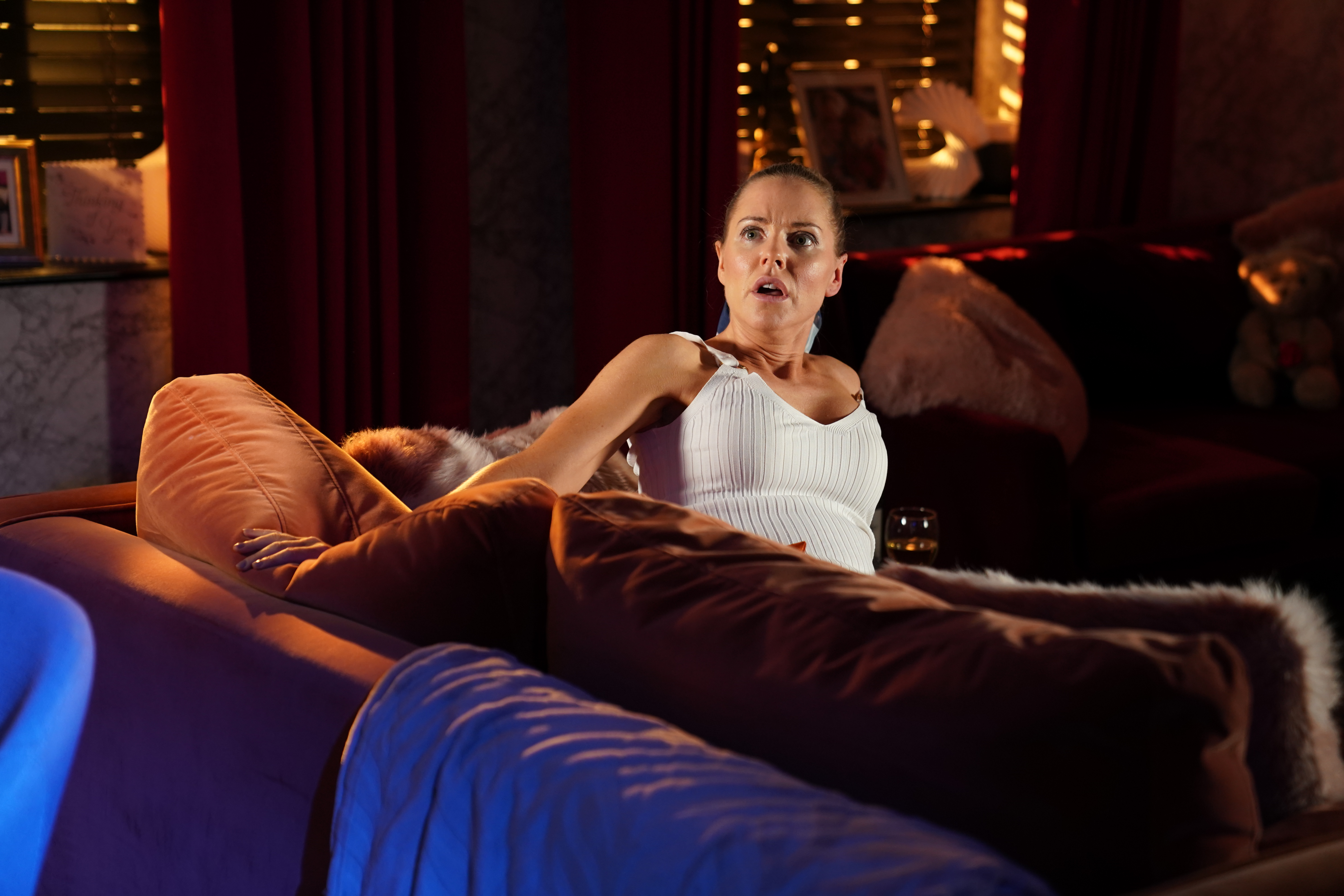