Teen Mom fans were shocked by Farrah Abraham’s “unrecognizable face” as the ex reality star took a self-defense class with her daughter, Sophia.

Over on Instagram, Farrah, 29, shared a short video of the Brazilian jiu-jitsu lessons she learned from her class. 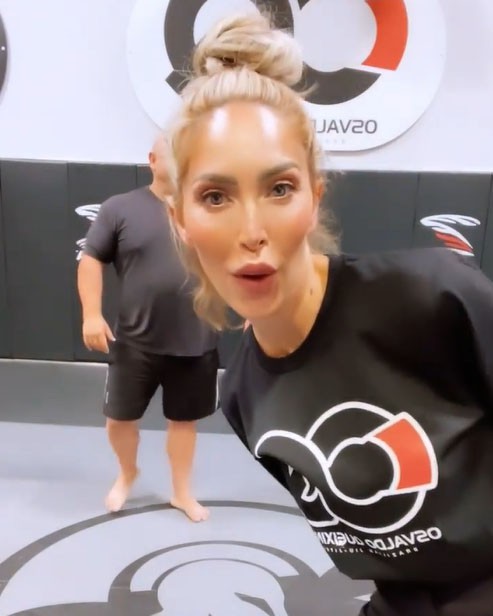 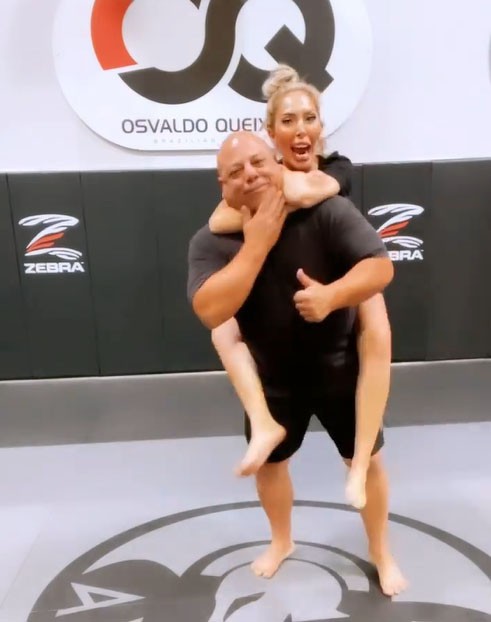 After Sophia, 12, walked away, Farrah took her turn to put “Uncle Warren” in a headlock.

After wrapping her arms around Warren’s neck, Farrah cheered: “Got him locked!”

When the instructor ordered her to “squeeze,” the mother of one jumped on Warren’s back and wrapped her bare legs around his waist.

In the caption of her short video, the ex Teen Mom star wrote: “On Another episode of the Abraham’s! Uncle Warren was up for a self defense day!”

Fans were not too pleased with Farrah’s new look

Fans thought she had taken plastic surgery too far

One fan even told Farrah to ‘calm down’ on plastic surgery

Fans had something to say about Farrah’s latest video but the talk wasn’t about her self-defense skills.

A shocked fan wrote: “Calm down on the surgery, can you not see your lips are hanging all different directions”

Another person added: “WTF did you do to your face?” while a third commentator said: “Why do you use always a filter on your face! All that surgery…”

This isn’t the first time Farrah’s face had been deemed “unrecognizable” by fans. 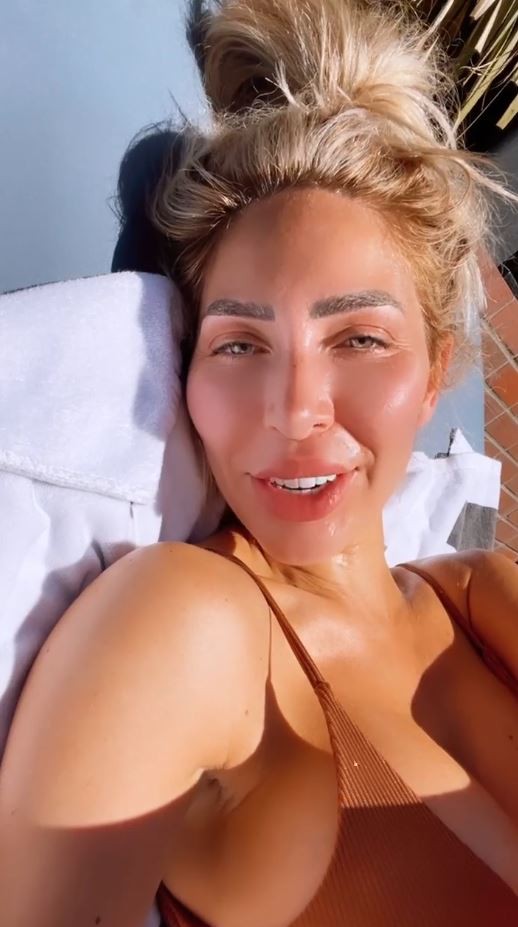 Fans were shocked by Farrah’s appearance on her 30th birthday

Posted in an Instagram Story, Farrah showed off her slender figure in a low-cut brown bikini.

Fans called out the former reality star for looking like a different person, which added heat to the plastic surgery rumors.

Farrah’s lips had grown bigger, while her jaw and chin were much more angular. 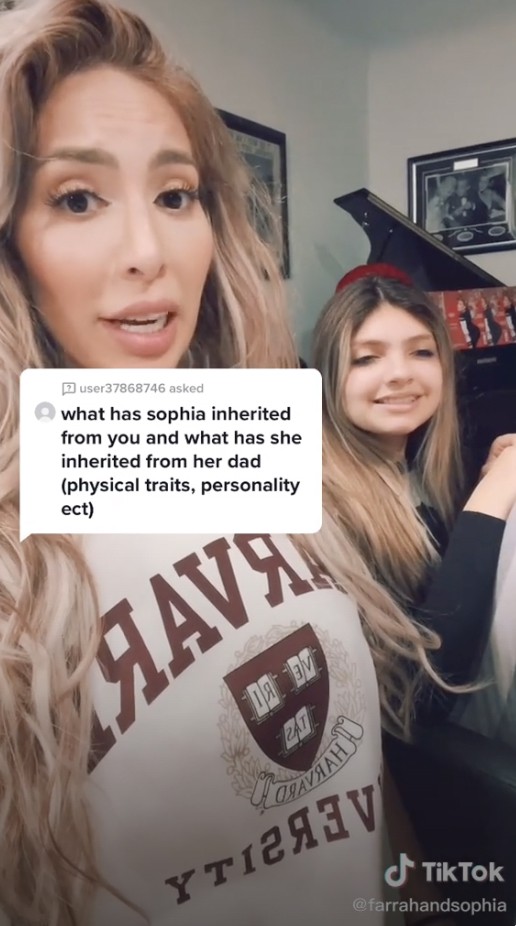 Farrah and Sophia made a video together for TikTok 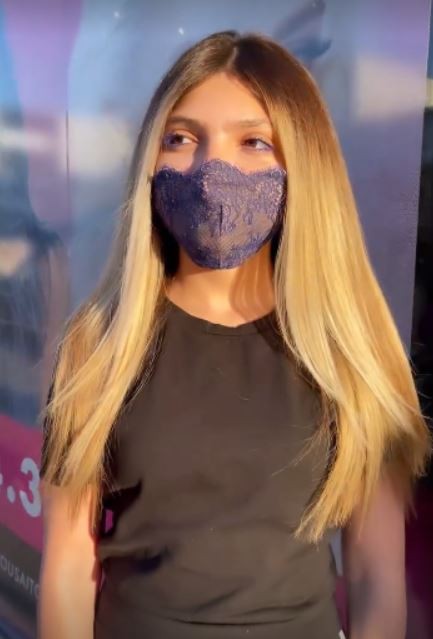 A troll commented: “WOW with all the injections, implants, and plastic surgery you look 40.”

Another fan argued: “She didn’t need all that surgery and I’m sure she would be aging a lot better if she never went through with it. Or at least kept it subtle.”

While on social media, Mackenzie used an Instagram filter to enhance her lips and define her cheekbones. 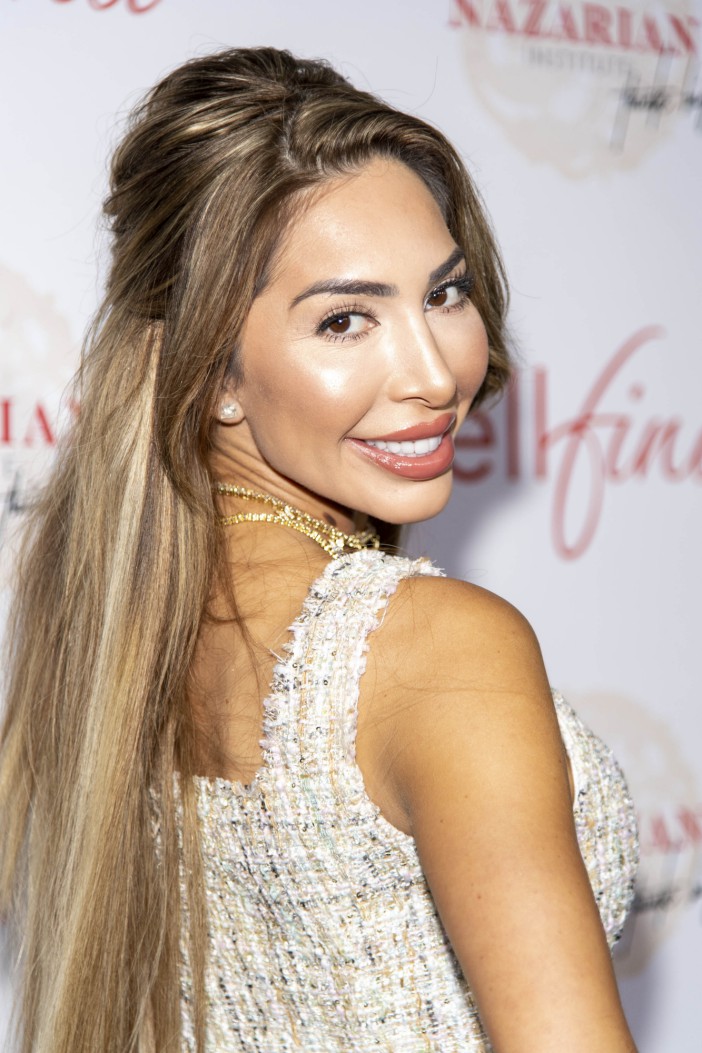 Even Mackenzie McKee had jokes about Farrah’s new look

Mackenzie joined in on the trolling and said: “Just hear me out. I’m not here to start drama, okay.

“If you ask me to talk bad about any of the other cast members- past, present, and future- I’m not going to. I don’t have anything bad to say about anyone.

“I love everyone, but I am dying. Dying to see Farrah Abraham try this filter.”