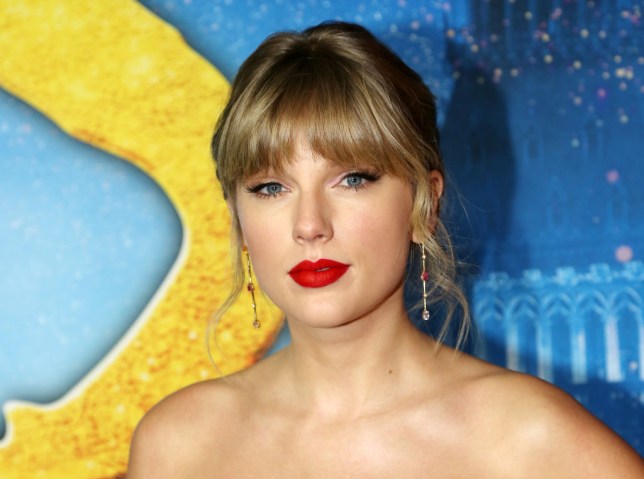 Taylor Swift is set to get the big prize at the Brits this month (Picture: FilmMagic)

Taylor Swift will receive the Brits global icon award at this year’s ceremony.

She is the first female artist to receive the Brits’ highest accolade, following in the footsteps of previous winners David Bowie, Sir Elton John and Robbie Williams.

A multi-million selling international superstar and songwriter, Taylor will be presented with the award in recognition of her ‘immense impact on music across the world and incredible repertoire and achievements to date’.

According to the Official Charts Company, Taylor is the UK’s biggest selling artist of the year so far in 2021.

Taylor, 31, already has 11 Grammy Awards to her name, and was the first-ever female artist to win the Grammy for album of the year three times.

She is also the first and only female artist in the 21st century to score seven number one studio albums in the UK. 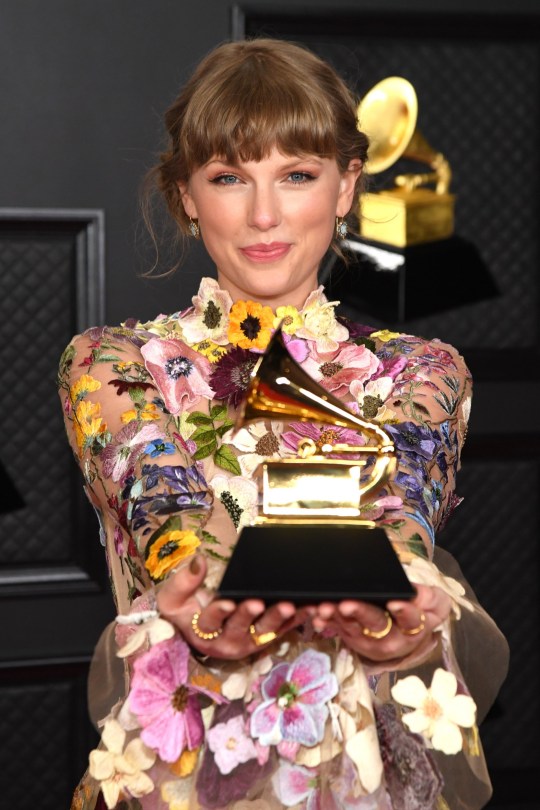 With Taylor’s tenth studio album Fearless (Taylor’s Version) debuting at number one around the world in April, it marked the only time in history that a female artist debuted three number one albums in less than a year, after her success with Folklore and Evermore, breaking a long-held record on the UK Official Charts.

Taylor is also nominated for a second Brit award this year for international female solo artist, her sixth Brit Award nomination to date.

Alongside the rest of this year’s Brit Award winners, Taylor will receive not one but two trophies, as part of a special collaboration between artists Es Devlin OBE and Yinka Ilori MBE, which aims to encourage the recipient to give the smaller trophy to someone special in their life.

Nominated acts this year include Celeste, Dua Lipa, Joel Corry, Young T & Bugsey and Arlo Parks, who have all scored three nominations each, as well as Jessie Ware, J Hus, Bicep, AJ Tracey and Headie One, who are all up for two awards. 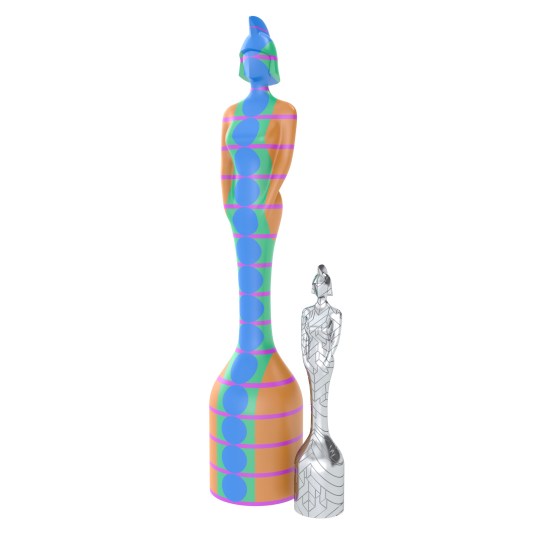 The Brit Awards will be hosting an audience of 4,000 guests – including 2,500 key workers – at London’s O2 as part of government-led research into getting large-scale events back up and running.

Although the audience won’t have to wear masks or socially distance, they will have to have proof of a negative lateral flow test and will be asked to take a test after the event for research and NHS Test and Trace purposes.

The performing line-up includes The Weeknd, Olivia Rodrigo, Dua Lipa, Rag’n’Bone Man & P!nk with the Lewisham and Greenwich NHS Trust Choir, and Coldplay, who are performing on a pontoon on the River Thames.