TAYLOR Swift fans have gone crazy over a TikTok user who looks “scarily” identical to the star in a series of viral videos.

Social media user Ashley has gained hundreds-of-thousands of followers thanks to her likeness to the Shake It Off singer.

Fans are going crazy over the Taylor Swift lookalikeCredit: TikTok 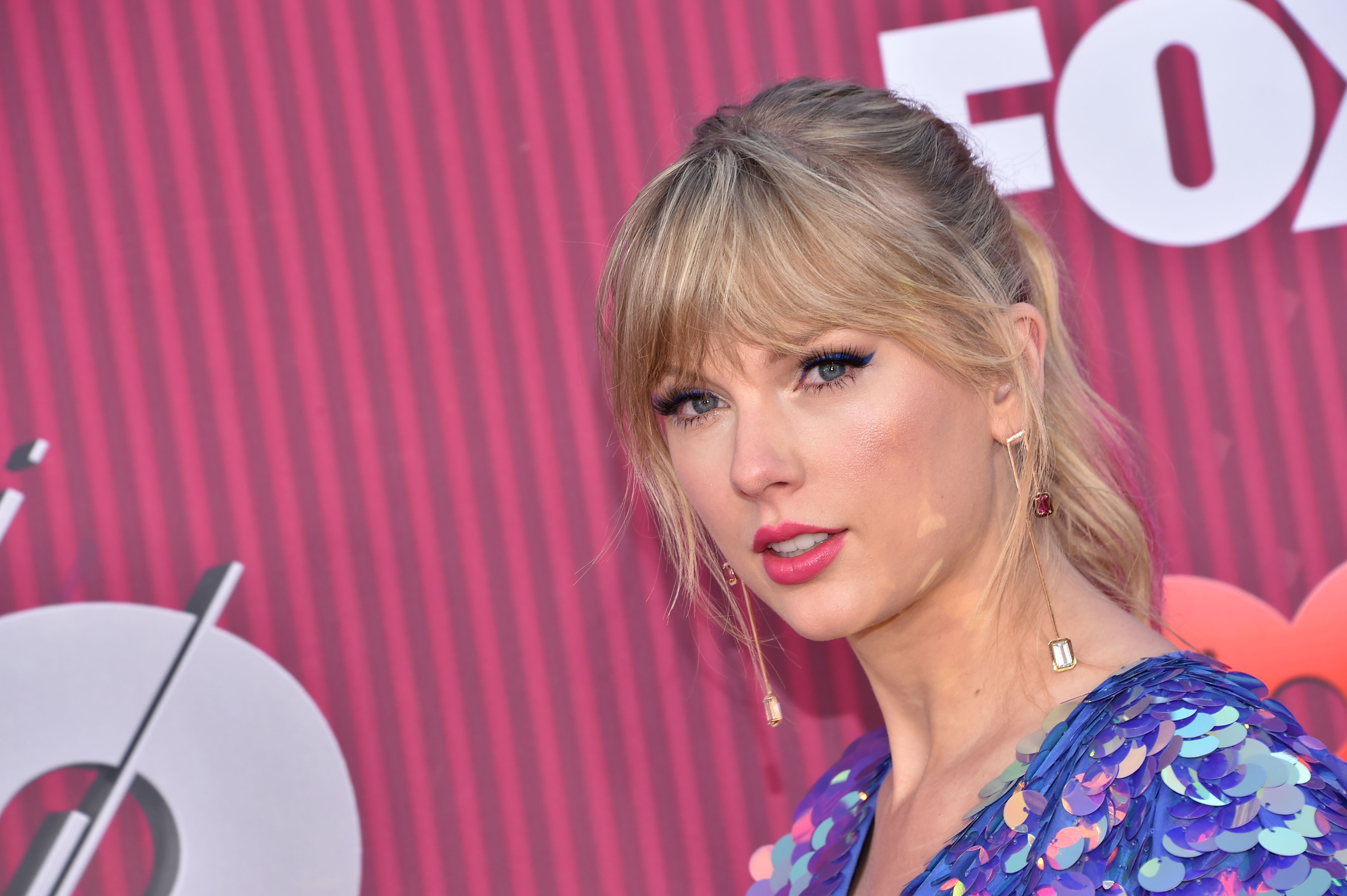 TikTok user @traumarn13 has seen fans of Taylor, 31, flock to her videos in their droves thanks to her uncanny resemblance to the star.

After posting a clip of her old-school laundry routine, where she washed clothes in a bathtub with a bottle of Tide, Ashley’s following grew further.

Many fans headed to the comments to discuss the similarities between the professional celebrity lookalike and the original Taylor.

“It’s scary how much you look like her,” one woman kicked off the debate, while a second agreed: “No but for real, you look JUST like her.”

A third chimed in: “I’m screaming. I had to rewatch a few times,” while a fourth wrote in the comments: “You pass for Taylor so well.”

Others speculated how Ashley could use her “super power”, including getting a “blue check mark” which is usually for “verified celebs”.

“Let her know you can be her body double to trick the paparazzi,” another joked of her likeness to songwriter Taylor.

Since finding fame on TikTok, lookalike Ashley has shared a video of her own daughter referring to her as “looking like Taylor Swift”.

“She was scrolling through Netflix and saw Miss Americana and yelled, ‘Daddy, is that mommy on TV’,” she captioned the video.

Having posted videos for the last twelve months, the fake star has amounted a huge 120,000 followers on TikTok.

She has some catching up to do on the real Taylor, who sports a massive 166million Instagram followers and a further 88million on Twitter.

Taylor has been busy this year, preparing to relaunch her album Red – which originally dropped nearly a decade ago.

Fans believe the 2012 collection of songs was at least partially inspired by her relationship with Jake Gyllenhaal.

Taylor announced on June 18, 2021, that a revised version of her album will be released in November of this year.

The launch of the original album – which featured 16 songs – came after Swift had a brief relationship with Gyllenhaal.

Swift, who is also an actress, says the re-lease of the album will feature 30 songs.

It is believed that Swift and Gyllenhaal dated for two months in 2010.

One of the songs on the original album, We Are Never Ever Getting Back Together, may have been about the actor, according to fans.

“It was all over the place, a fractured mosaic of feelings that somehow all fit together in the end.

“Like trying on pieces of a new life, I went into the studio and experimented with different sounds and collaborators.

“And I’m not sure if it was pouring my thoughts into this album, hearing thousands of your voices sing the lyrics back to me in a passionate solidarity, or if it was simple time, but something was healed along the way.”

Swift’s romantic exploits have been well documented. She has been linked to British actor Joe Alwyn since 2017. 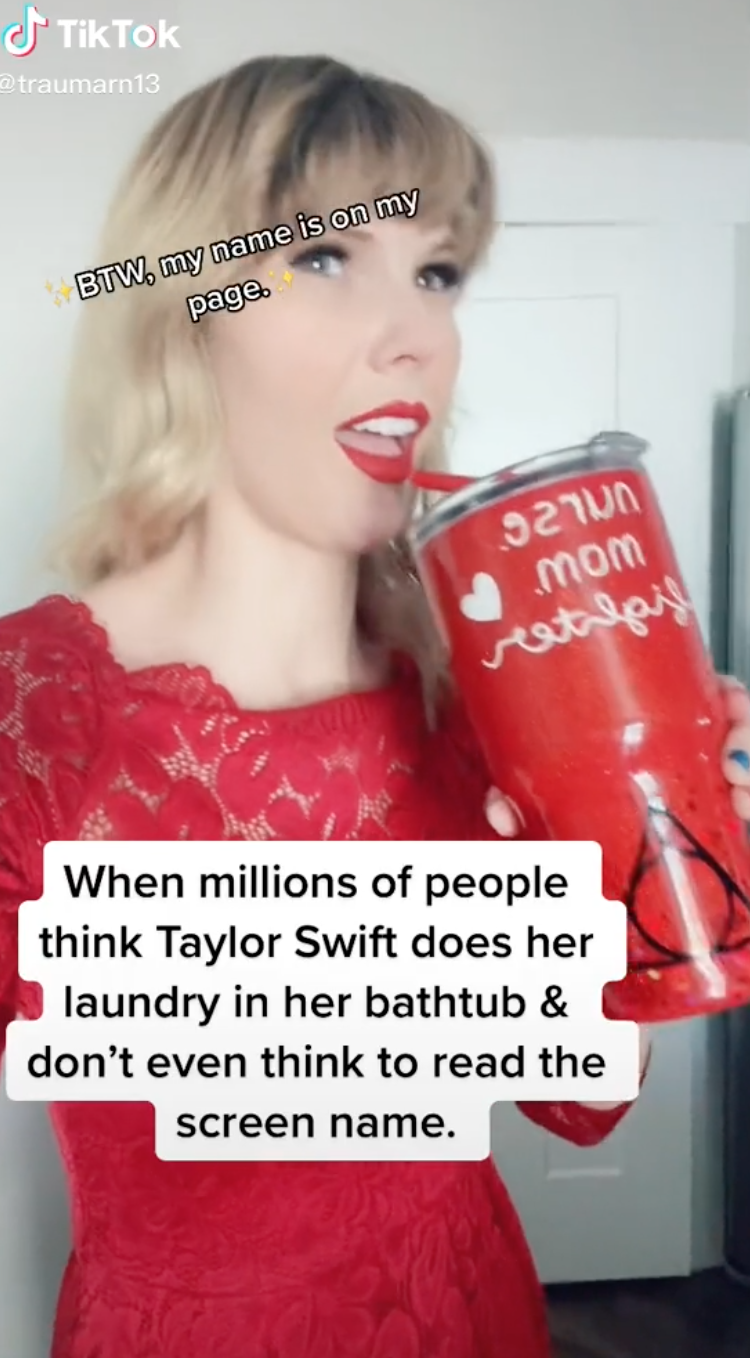 Fans have been leaving comments under Ashley’s videosCredit: TikTok 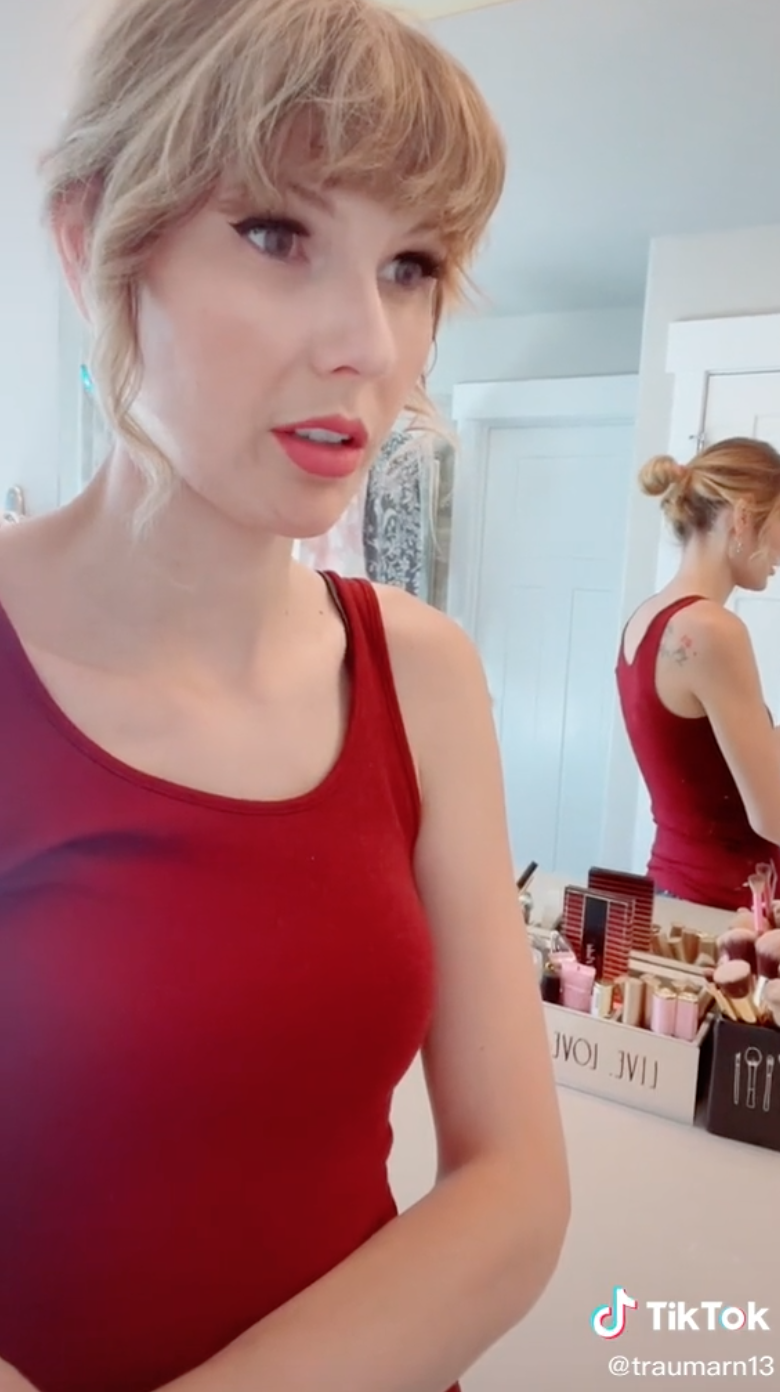