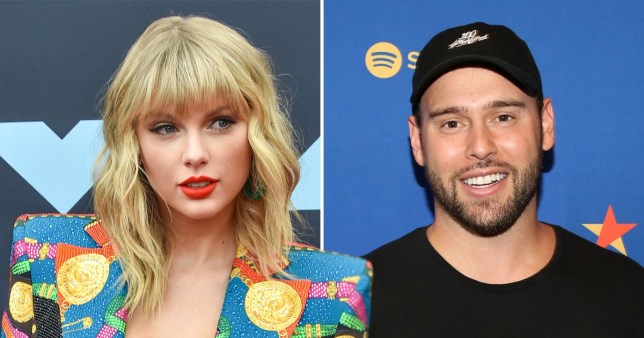 Taylor Swift will be free of Scooter Braun this month (Picture: PA)

It’s a big month for Taylor Swift who is expected to be released from her contract with Scooter Braun and Big Machine Records this month, and fans won’t let her forget that she planned on re-recording her original albums.

This included almost every piece of music Taylor recorded and released between 2006 and 2017, including chart-topping albums Red and 1989.

However in August 2019, the 30-year-old revealed that she would be free of her contract with Scooter and Big Machine in November 2020.

With today being November 1, Taylor’s fans are rejoicing at the momentous occasion in her career with ‘Taylor is free’ trending on Twitter.

Ushering in the new chapter, one fan tweeted: ‘The wait is over… no one will take credit for her success or her accomplishments anymore… TAYLOR IS FREE.’

Explaining the importance of the pop star owning the rights to her music, another weighed in: ‘Taylor swift put pretty much her life’s story into songs for us to hear, relate to, and let have a huge impact on our lives. Its so so SO important that she can finally own, perform, and have control over her OWN work. taylor is free!!!’

the wait is over… no one will take credit for her success or her accomplishments anymore… TAYLOR IS FREE pic.twitter.com/24yKC0Y55F

taylor swift put pretty much her lifeâs story into songs for us to hear, relate to, and let have a huge impact on our lives.

its so so SO important that she can finally own, perform, and have control over her OWN work.

‘YES FINALLYYYYY TAYLOR IS FREE!!! I’VE BEEN WAITING FOR THIS FOR SO LONG. NOW SHE CAN RE-RECORD ALL THE ALBUMS PRIOR TO LOVER. GO @taylorswift13 MUCH LOVE TO YOU, LOVE,’ another tweeted.

Dreaming up the new recordings of her original work, one fan added: ‘Can’t wait for SPEAK NOW AND 1989 Nev Version.’

Last year, Taylor revealed her plans to get around not owning the masters for five of her albums, telling Good Morning America: ‘Yeah, that’s true and it’s something that I’m very excited about doing.

‘My contract says that starting November 2020, so next year, I can record albums one through five all over again.’

Taylor’s 2019 album Lover was the first to be recorded under a different label, Republic, and was followed up by Folklore this summer.

Her feud with Scooter went public in June 2019 when Taylor published a Tumblr post calling out the music executive for buying her catalogue.

‘This is what happens when you sign a deal at fifteen to someone for whom the term “loyalty” is clearly just a contractual concept,’ she said.

‘Not everyone’s going to be happy with everything that you do, and I think in the long-term – I’ve learned this over time – the truth always comes out, and I’m confident in that.’