Out and proud! County singer T.J. Osborne of the Brothers Osborne band has come out as gay, making him the only openly gay artist signed to a major country label.

The Maryland native, 36, shared the news in a Wednesday, February 3, interview with Time, revealing that he’s known for years and has been out to family members — including his sibling and bandmate, John Osborne. 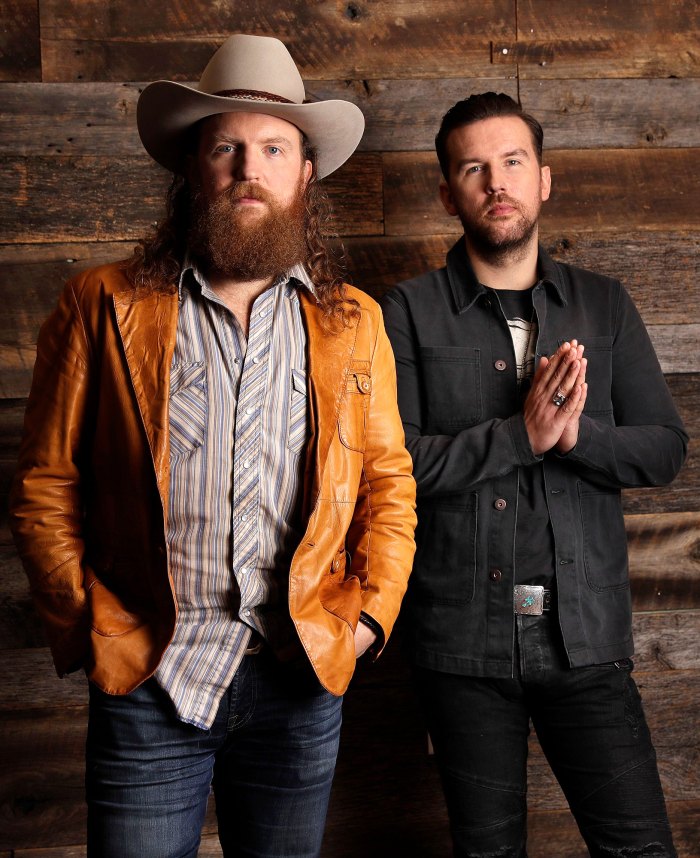 “I’m very comfortable being gay,” he told the outlet. “I find myself being guarded for not wanting to talk about something that I personally don’t have a problem with. That feels so strange.”

T.J. said the reason he didn’t come out publicly earlier in his career is he didn’t see a reason to. “People will ask, ‘Why does this even need to be talked about,’ and personally I agree with that,” he explained. “But for me to show up at an awards show with a man would be jaw-dropping to people. It would be like, ‘Oh, cool!’”

He admitted that he’s unsure how news of his sexuality will be perceived by fans, noting that some may be more accepting than others. “I don’t think I’m going to get run off the stage in Chicago,” T.J. shared. “But in a rural town playing a county fair? I’m curious how this will go.” He hopes, however, that coming out might open the door to more gay country music fans.

The band teased T.J.’s interview on social media, which prompted an outpouring of support from fans, fellow country singers and celebs alike. One fan gushed, “Changes nothing for me about your amazing music and I hope it doesn’t for others. Happy you can live your life a little more free now! Can’t wait for the next show!”

Maren Morris commented, “So proud of you.”

Leslie Jordan, for his part, wrote, “Welcome home. So brave. So beautiful.”

On his own Instagram, T.J. shared a message for followers in which he said he was “very proud to put this out there.” He then addressed the people in his circle who had been in the dark about his sexuality before thanking everyone for their support.

“I want to let you all know that have gotten to know me over the years that the person you know is me and now you just know more about me,” he shared.

John, 38, told Time that T.J. first told him he was gay in his 20s. He recalled, “He was very open and candid about it, and I was emotional, because my brother was finally able to be completely honest with me about who he was.”

Of his brother’s public coming out, John added: “If I had to have all my money and success erased for my brother to be truly fulfilled in life, I wouldn’t even think about it. Not for a second.”

He also gushed about his younger brother in an Instagram video, saying, “I’m very proud of my brother today. He’s taken one of the most important steps of his entire life. And he’s doing it in front of the entire world. He’s always had my support no matter what. It’s an honor to call him my brother.”

Brothers Osborne has been known to push the envelope. When the band released the music video for their 2016 hit single, “Stay a Little Longer,” fans were shocked to see gay and interracial couples. T.J. revealed to Time that the response was largely positive, but noted “there were people who were like, ‘F—-t lovers!’”

The negativity was discouraging to T.J. as a gay man, but he told Time continuing to hide his sexuality was unfair to himself and the men he was dating. He explained, “Saying, ‘Hey, don’t hold my hand. Someone I know is in here, so can you wait in the car?’ Rightfully, they would feel unwanted by me.”

T.J. added, “I want to get to the height of my career being completely who I am. I mean, I am who I am, but I’ve kept a part of me muted, and it’s been stifling.”