Rock band System of a Down has put aside political and creative differences to record their first music in 15 years to bring awareness to the current conflict between Azerbaijan and Armenian.

Fans of the long-defunct metal band are happy today as the four members of the group came together to record two songs titled Protect the Land and Genocidal Humanoidz.

However, temper expectations, as this seems to be a temporary union.

All four members of the band are of Armenian descent and united to bring awareness to the disputed region of Nagorno-Karabakh (also referred to as Artsakh by Armenians.) The area, which has a long history of conflict, fell into conflict again this year breaking a 1994 cease-fire.

This new conflict started after Azerbaijani President Ilham Aliyev retaliated to a claim by Armenia Prime Minister Nikol Pashinyan that the region was Armenian. Efforts by Russia, France, and the United States to broker a cease-fire have thus far proven unsuccessful.

The band put aside many differences to record the songs, with lead singer Serj Tankian has expressed support for Democratic candidates like Bernie Sanders and Joe Biden, while drummer John Dolmayan has been active in his public support of Donald Trump. 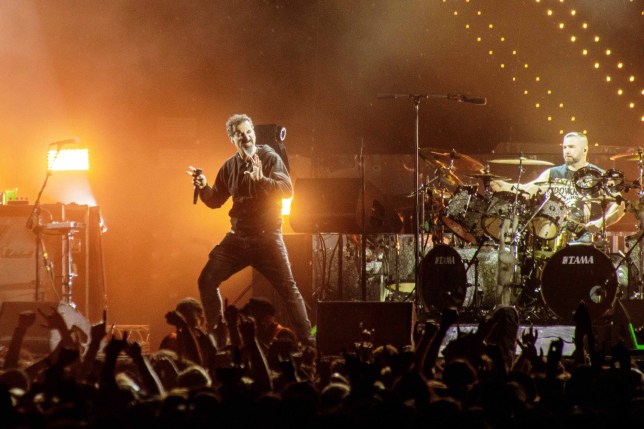 System of a Down playing a concert in Denmark in 2017. (Picture: PYMCA/Getty Images)

In an interview with Rolling Stone, Tankian suggested that the new songs were motivated wholly as a move of activism, rather than enthusiasm for the band.

He said: ‘I’m not doing this as an artist for myself or for System of a Down or for any of the guys in the band; we’re all doing this for our people.

‘This is not a creative decision, this is not a business decision. This is a decision of activism, and that takes precedence over all other things for us.

‘It’s kind of a duty. We came together because our country needed us, not necessarily because we’re so amped to do a brand-new System of a Down song. Our people needed us to do this.’

Dolmayan instigated the band’s reunion, sending messages to the other bandmates to galvanise them to the cause, explaining: ‘I sent a text to the other three guys, and said, “Irrespective of your feelings for each other and the past, we have to put everything aside and get in the studio and create a song for our people to bring attention to the situation and galvanize the forces of good worldwide.”

‘I got pretty positive responses.’

In a statement on Twitter, the band said: ‘We as System of a Down have just released new music for the first time in 15 years. The time to do this is now, as together, the four of us have something extremely important to say as a unified voice.’ 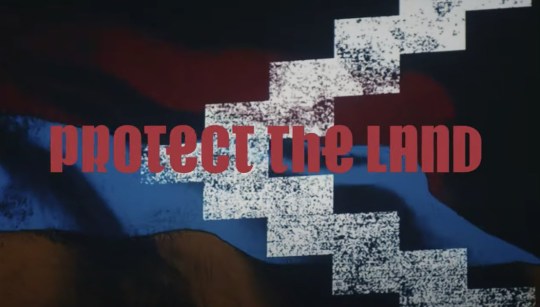 Protect the Land is the band’s newest song in 15 years. (Picture: YouTube)

As for the band reuniting in the future to record new music, the members warned that fans shouldn’t get their hopes up.

Dolmayan expressed enthusiasm but tempered expectations: ‘Things aren’t up to me. I’m at the mercy of my team, and although I fought for it for many years with band members, I’ve accepted that it is what it is.

‘We do have five albums and two songs. We’ve accomplished a lot in our careers. If it ends at that, so be it.’

Tankian, who has shelved his solo EP Elasticity, has no plans to produce music while the conflict is ongoing, saying: ‘I can’t think of anything [else] right now — not my own music, not System’s music. I’m focused on what’s going on with the war and praying for a cease-fire so there can be negotiations.’

Bassist Shavo Odadjian did give a glimmer of hope though, saying: ‘I’m proud that we did this. I wish we could get in and do more. Maybe this could lead to that, maybe it can’t. I’ve always been optimistic, though.’