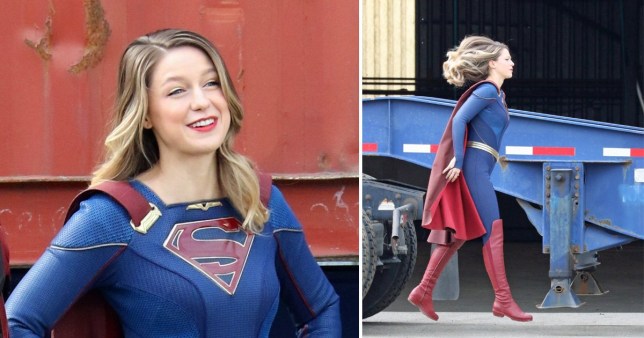 Melissa is kitted out and ready for action on Supergirl set (Picture: KRed/Backgrid)

Melissa Benoist has been spotted on the set of Supergirl’s sixth and final season for the first time after giving birth to a baby boy in autumn last year.

In September 2020, Melissa, 31, and her husband Chris Wood, 32, celebrated the arrival of their first child together, who they named Huxley.

Half a year later, the actor is preparing to launch the very last season of her action-packed show Supergirl, in which she stars as the titular character.

While the premiere date for the series is set at the end of March in the US, Melissa was recently spotted on set for the first time, ready for action in the DC Comic superhero’s signature red and blue costume, complete with a long billowing cape.

In one of the photographs, which were captured in Vancouver, Canada, Melissa is chatting with her co-star David Harewood, who plays Martian Manhunter in the programme.

The pair appeared in high spirits as they nattered away, Melissa with her hands on her hips as she smiled during their conversation. 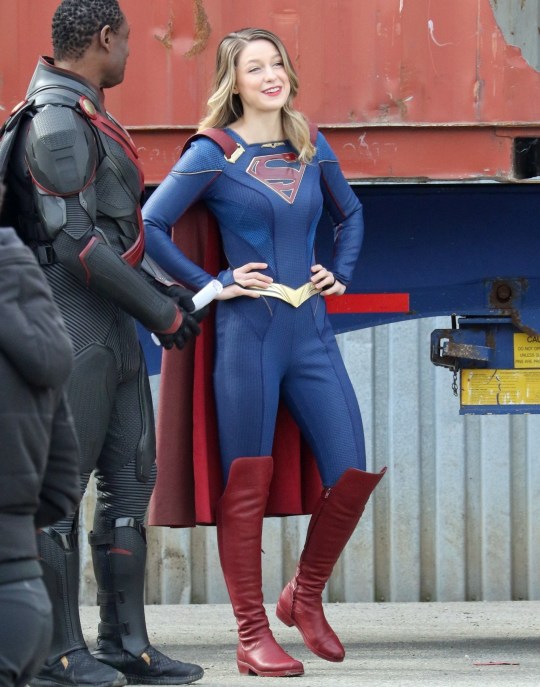 Melissa and David chat away on set while in their costumes (Picture: KRed/Backgrid) 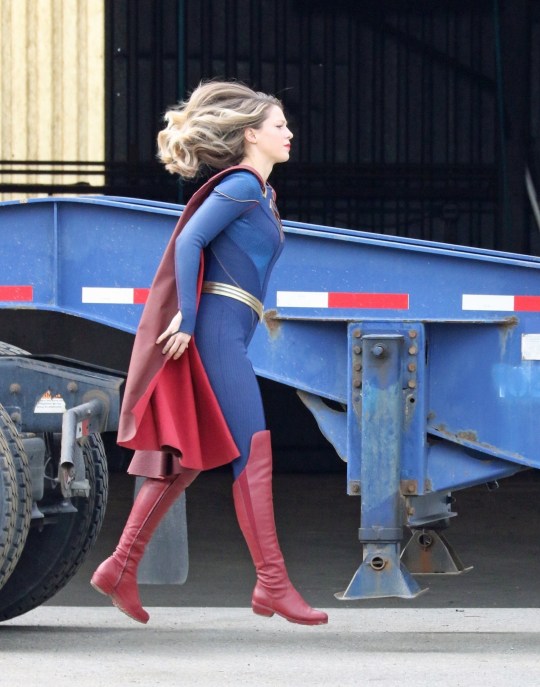 Supergirl is used to soaring to new heights (Picture: KRed/Backgrid)

In another picture, the actor is snapped while mid-jump a few inches above the ground.

Following the news that Supergirl was to end with its sixth season, Melissa promised fans that they wouldn’t be disappointed with the conclusion.

In a statement, she said: ‘To say it has been an honor portraying this iconic character would be a massive understatement. Seeing the incredible impact the show has had on young girls around the world has always left me humbled and speechless. 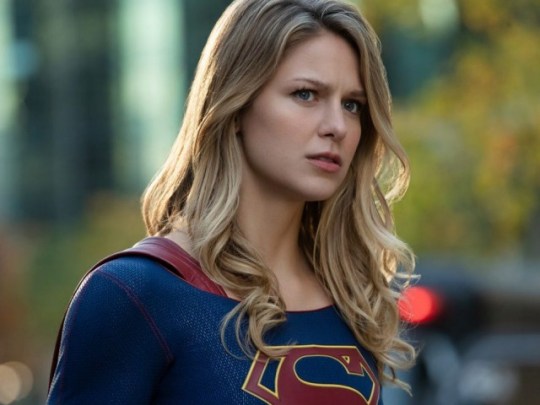 Melissa said Supergirl has ‘changed my life for the better’ (Picture: The CW)

‘She’s had that impact on me, too. She’s taught me strength I didn’t know I had, to find hope in the darkest of places, and that we are stronger when we’re united.

‘What she stands for pushes all of us to be better. She has changed my life for the better, and I’m forever grateful.’

Melissa added that she couldn’t wait for fans to see what Supergirl still has in the pipeline for fans as it draws to a close.

‘I’m so excited that we get to plan our conclusion to this amazing journey, and I cannot wait for you to see what we have in store,’ she stated.

‘I promise we’re going to make it one helluva final season.’

Supergirl’s grand finale comes after Arrow, another show that exists in the same TV comic book universe, ended with its eighth season in 2020.

A new programme from the Arrowverse, Superman and Lois, recently launched on The CW, with Tyler Hoechlin and Elizabeth Tulloch playing the superhero and journalist respectively as they try to navigate raising their young sons.

Supergirl season six is set to premiere in the US on The CW on March 30.