They do! Summer House stars Kyle Cooke and Amanda Batula are married! The pair, who originally planned to tie the knot in September 2020, had to delay their nuptials due to the coronavirus pandemic.

The reality stars tied the knot in Batula’s parents’ backyard in her hometown of Hillsborough, New Jersey.

Hours before the weekend ceremony, Cooke, 39, paid tribute to his blushing bride, 30, via Instagram on Saturday, September 26, writing, “My everything. Let’s do this ❤️???,” alongside a selfie of the pair.

The pair, who got engaged in the summer of 2018, announced their plans for a September 2020 wedding during a season 4 episode of Summer House. At the time, they revealed that they were “not telling” the whole group the details about the location of the wedding because “not everyone’s invited.”

During the coronavirus pandemic, the duo filmed season 5 of the show in The Hamptons, starring alongside Hubbard, 35, Radke, 37, Hannah Berner, DeSorbo, 28, Gulbranson, 36, Olivera, 33, and Miller, 25.

In the season 5 finale episode of the Bravo show, the pair had a practice ceremony to celebrate their relationship and their upcoming nuptials with their friends. That same month, Cooke and Batula revealed that they decided to have a wedding in her parents’ backyard following a dream that she had in the past.

“It was very weird. And I was like, why don’t we do it in their backyard? They have this beautiful plot of land. It’s just like that epic party that we want to have,” she told the Daily Dish at the time. “And we just had essentially a backyard wedding on Summer House. It wasn’t anything that was over the top, and I feel like that was that push for me to say, ‘OK, let’s do this in my parents’ backyard.’ We can do the same thing, and it’s going to be such an amazing night.” 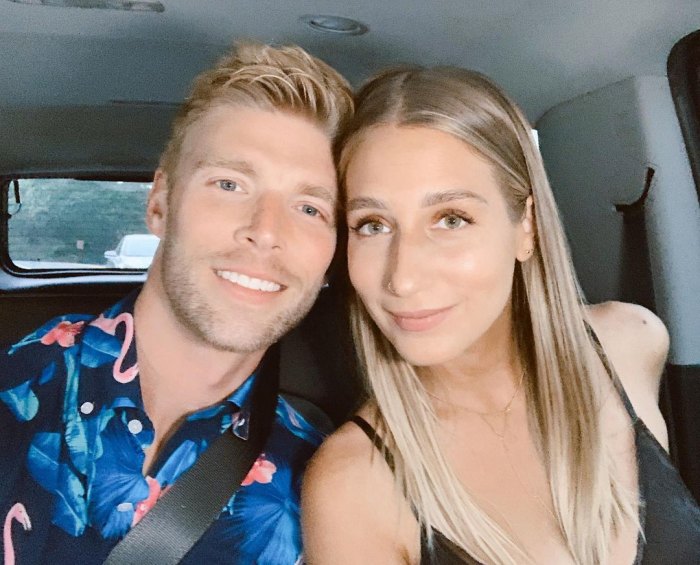 After an explosive season of Summer House, Batula previously opened up about whether her former friend Berner, 29, would be invited.

“At this point, I’m more sad about, like, where our relationship has gone vs her being there or not,” the reality star exclusively told Us Weekly in May. “It’s our wedding day and we just want to be surrounded by, like, happiness and positivity. So, it’s not really going to make an impact. … I’m more upset about where things have gone and how they’ve gotten here.”

In the meantime, Cooke and Batula have continued to focus on their relationship amid making plans for their wedding. Earlier this year, the twosome shared the exciting news that they fostered a new dog.

“Meet Milton – we’re fostering a puppy mill rescue that arrived from Georgia after driving all night. He’s never had any human interaction so he’s a little guarded even as he falls asleep standing up,” Cooke explained alongside a video of their new pet in February. “Even then, his first bath was easier than getting Amanda to shower! If anyone is interested in adopting, head to @waldosrescue.”