“It’s also possible the Duchess of Sussex is a good person thrust into an unimaginable world,” the TV writer tweeted on Wednesday, March 3. “Having spent 3 years working with her in her pre-Duchess days, I saw a warm, kind, caring person. I know nothing of her current situation but she gets the benefit of the doubt in my book.”

The 39-year-old retired actress, who starred on Suits for seven seasons until she got engaged to Prince Harry, has made headlines for allegations that she mistreated former members of her team before she and the 36-year-old prince stepped away from the royal family in 2020. 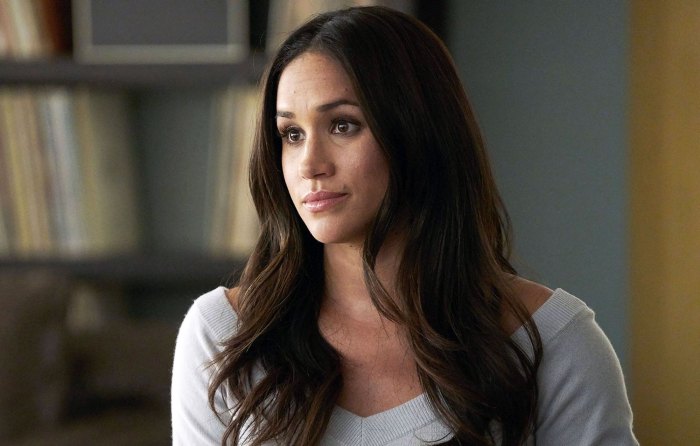 Meghan, who is pregnant with baby No. 2, has denied the claims, which come ahead of the Duke and Duchess of Sussex’s upcoming tell-all interview on CBS.

“The Duchess is saddened by this latest attack on her character, particularly as someone who has been the target of bullying herself and is deeply committed to supporting those who have experienced pain and trauma,” a rep for Meghan told Us Weekly on Tuesday, March 2.

“We are clearly very concerned about allegations in The Times following claims made by former staff of The Duke and Duchess of Sussex,” a statement from the palace read. “Accordingly our HR team will look into the circumstances outlined in the article. Members of staff involved at the time, including those who have left the Household, will be invited to participate to see if lessons can be learned The Royal Household has had a Dignity at Work policy in place for a number of years and does not and will not tolerate bullying or harassment in the workplace.”

According to a source, Harry and Meghan’s close friends think that “the palace has released this statement to strike back at Harry and Meghan for doing the [tell-all] interview.”

In a sneak peek from the upcoming sit-down, Meghan claims that Harry’s family has played “an active role” in “perpetuating falsehoods” about the couple.

“I don’t know how they could expect that after all of this time we would still just be silent,” she says. “And if that comes with risk of losing things, there is a lot that has been lost already.”

While the royals have yet to publicly comment on the interview, a second source told Us that Prince William and Duchess Kate are “appalled” by their actions, especially since Prince Philip remains in the hospital. The 99-year-old underwent heart surgery for a preexisting condition on Wednesday.