Richie and Giovanni had everyone on their feet! (Picture: BBC)

Richie Anderson and Giovanni Pernice were the moment in week two of Strictly Come Dancing thanks to their show-stopping quickstep.

The duo had everyone in the audience on their feet and even received praise from Mr Nasty, Craig Revel Horwood, himself, and bagged an impressive four eights, giving them a total score of 32.

Radio presenter Richie and his Italian pro dazzled across the ballroom floor to Dancin’ Fool by Barry Manilow, donning sparkly jackets and top hats, well and truly giving the performance their all.

And ‘their all’ included everything from cartwheels to Beyoncé choreography from her iconic Single Ladies music video, which everyone was obsessed with.

’10 for the Beyoncé move alone,’ one viewer at home tweeted.

‘That was incredible! Never put a foot wrong and just enjoyed it from start to finish! I loved the single ladies in the middle too,’ another wrote. 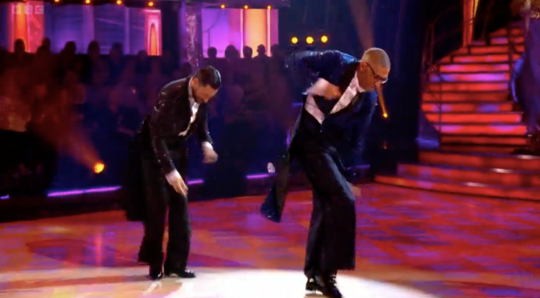 Did you catch the Single Ladies reference? (Picture: BBC) 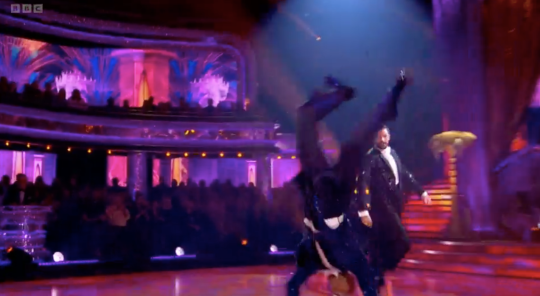 A cartwheel in the quickstep? Oh, go on then! (Picture: BBC) 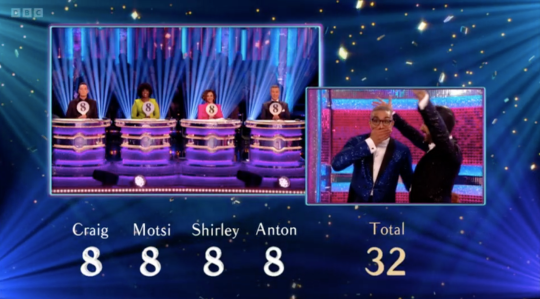 They were in shock after topping the leaderboard (Picture: BBC)

Richie and Gio even have themselves a famous fan, as the one and only Les Dennis tweeted that the presenter is ‘such a natural showman.’

The fast-paced performance received a standing ovation from judges Motsi Mabuse and Shirley Ballas, with Motsi saying: ‘Richie that was a moment, take it in, that was absolutely beautiful.’

Craig was in agreement, describing the dance as ‘asolutely fantastic.’

#Strictly Richie – 8/10. That was incredible! Never put a foot wrong and just enjoyed it from start to finish! I loved the single ladies in the middle too ð¤©ð¤©

In conversation with Claudia Winkleman post-quickstep, Richie thanked his pro partner – who lifted the glitter ball last year with Rose Ayling-Ellis – for being ‘patient’ with him.

He added that he was watching videos of Fred Astaire throughout the week to inspire his performance, joking that he was dancing around the supermarket and scanning his meal deal in Astaire fashion.

Richie was left speechless upon learning that he was top of the leaderboard, jumping up and down and hugging his partner as they celebrated.

The couple will be hoping to continue their celebrations by sailing through to next week, as week two marks the first public vote of the series.

Strictly Come Dancing airs Saturdays and Sundays on BBC One.