STRICTLY’S Judi Love is feeling “lethargic and achy” after testing positive for coronavirus.

The Loose Women star, 41, and partner Graziano Di Prima will miss tonight’s show and are now focusing on returning next weekend. 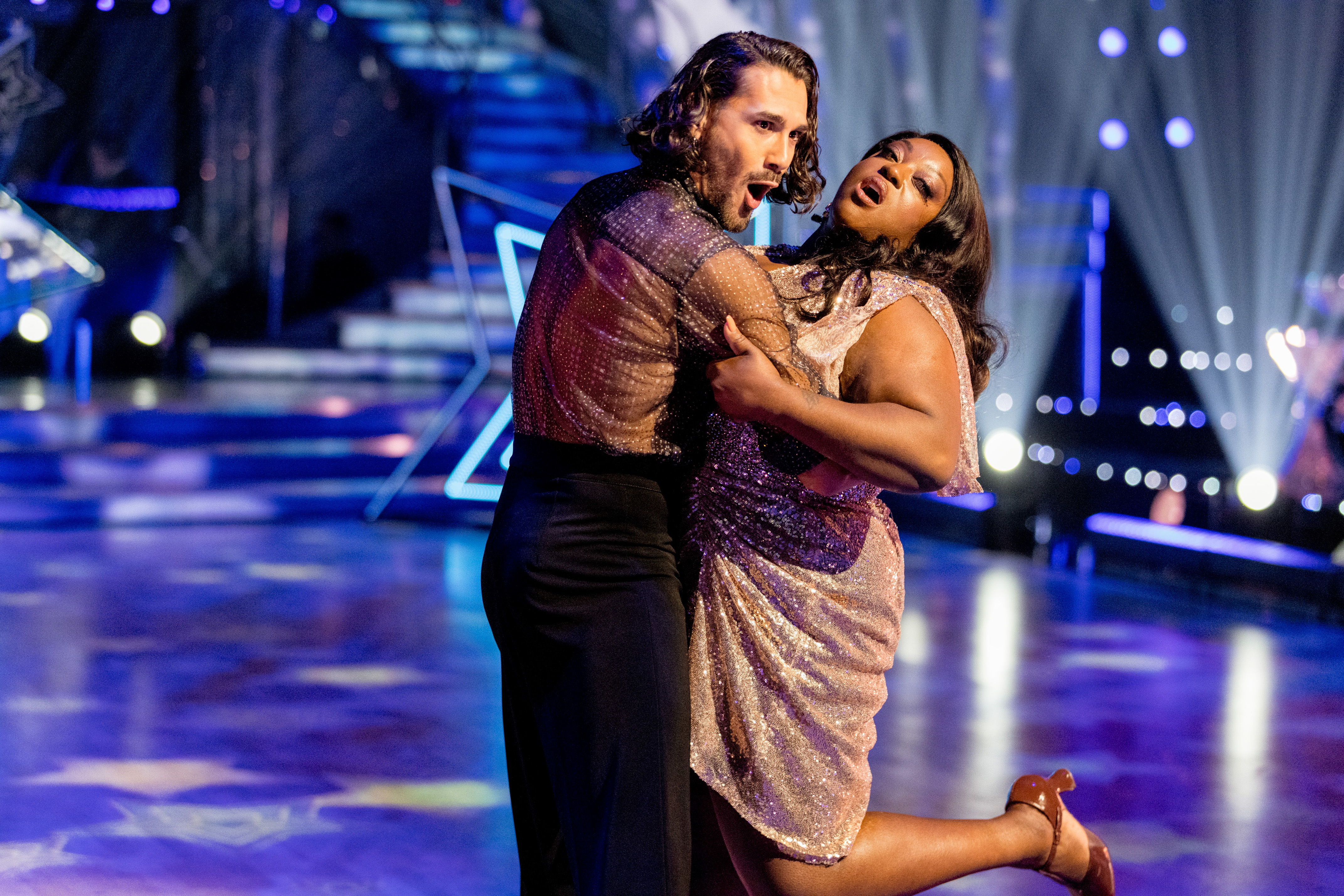 Judi wrote for OK!: “At the time of writing this column, I’m feeling lethargic and achy, but I’m hoping to rest up and kick it as soon as I can.”

They said: “Judi Love has tested positive for Covid-19 and is now self-isolating following the latest government guidelines.

It comes after Judi landed in the dance-off two weeks in a row, with the judges opting to save her both times.

On Sunday, Greg Wise was eliminated from the competition instead, and the week before that Katie McGlynn was given her matching orders.

Judi is the second star to have to miss a week due to Covid this year, with McFly’s Tom Fletcher previously having to step back.

However, after testing negative the following week he was able to return to the competition – with Strictly protocol allowing each contestant to miss one week if necessary.

Last weekend, Ugo Monye was absent after a back injury – but hopes to be on the dancefloor again on Saturday.

Meanwhile, Robert Webb was forced to drop out of the competition entirely due to a historic heart problem, having undergone open heart surgery in 2019.

Despite landing in the dance-off twice, Judi has been incredibly popular with viewers – and broke down in tears as she dedicated her emotional dance to her late parents at the weekend.

She previously left viewers in stitches when she twerked to Sean Paul – with the rapper even sending in a video message to give the star his seal of approval.