Ever since Johannes Radebe joined Strictly Come Dancing in 2018, he has been a firm fan-favourite among viewers, delighting with his extraordinary talent and contagious zest for life.

The South African dancer has made history on the programme on several occasions, performing an exquisite same-sex routine with Graziano Di Prima in 2019 before two years later, making it to the final of the competition with Great British Bake Off star John Whaite in the show’s first all-male couple.

Johannes feels strongly about supporting other members of the LBGT+ community, with his latest venture seeing him joining forces with MADE.com to transform LGBTQIA+ community centre The Outside Project in London, one of the first ever charities to place focus on trans and gender non-conforming people.

Metro.co.uk had the opportunity to sit down with Johannes, 35, at The Outside Project to witness the space’s ‘MADEover’ transformation firsthand, which included incorporating a sensory room, a beautifully-organised bookshelf, a lounge area with a TV, powerful artwork on the wall and a clothes rail full of colourful garments.

Johannes spoke about the importance of the project to support members of the LGBTQIA+ community who are facing issues including homelessness and feeling endangered, while also opening up about his experience growing up gay in South Africa and how a space like The Outside Project could have impacted him.

What does The Outside Project mean to you?

I just feel like we have all experienced rejection, especially as a part of the LGBTQI+ community. When I heard about what MADE wanted to do, I honestly just wanted to jump on board some of their stories, of course I can relate. Like I said, we’ve all felt rejection at some point in our lives.

What has it been like from the beginning of the project to now?

While looking at the transformation now, I’m really pleased, I’m really chuffed, just purely because people can now obviously enjoy this beautiful place. When I got on board with MADE, we did pick out some of the most fabulous pieces that we thought will work for the space.

They did want to inject a little bit of life here with colour, bold colours, and furniture that works, things that can be accessible. We’ve cleared the space out from what it was. Now it’s a place of comfort and safety, and just a feel-good space for people that just needs a safe haven. 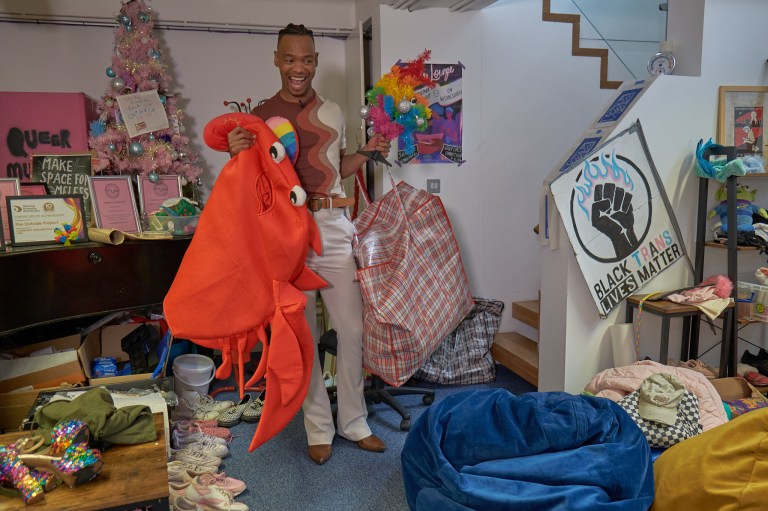 They had a big task ahead of them to transform the space… (Picture: The Outside Project/MADE.com) 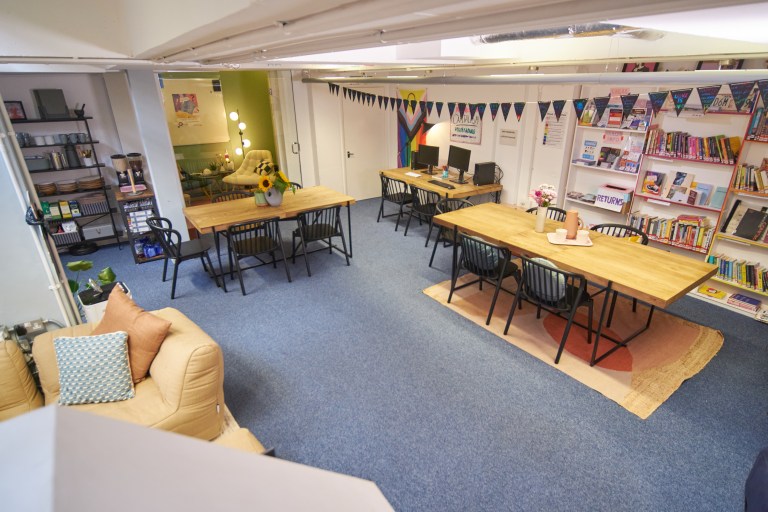 …but look at it now! (Picture: The Outside Project/MADE.com)

Can you tell us about The Outside Project and what they do?

I also learned that they are one of the few charities that focuses on trans and gender non-conforming people. You don’t find a lot of that, and that’s just due to lack of funding around, and that’s worldwide. The Outside Project creates, as we said, a safe haven. But also it’s there as a safe space and for people to feel empowered, and to get the information that they need.

What do you think we as a society can do to help spaces like The Outside Project get more funding and support?

I always say that we know our stories, and we know how to navigate in this world that is not designed for us. The problem is not with us, the problem is with our allies, and I hold them accountable. I always say I start with my family and friends, and I’ve seen that change, where they intervene on my behalf if there’s anything, and I think that’s the most powerful thing for people around us to start calling things out, because they know of our struggles. They know what we’ve been through.

There has been an awakening in our society, which is beautiful. I can attest to that because I had the public rallying behind John and I on the biggest international programme on TV which was primetime television. I always say this – it restored my faith in humanity. 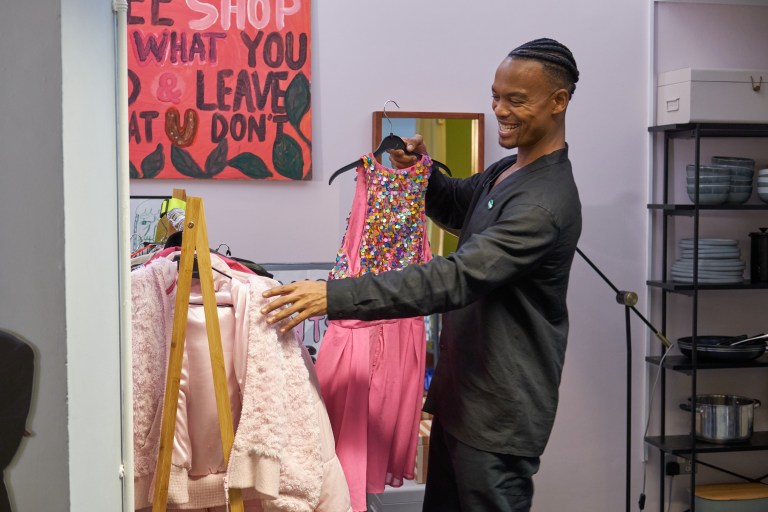 There’s a clothes rail full of bright, colourful ensembles (Picture: The Outside Project/MADE.com)

How do you hope people that use the space are going to react to its transformation?

I think they’re absolutely going to be blown away, because the changes have been great. There’s a lot more organisation and a lot more nicer things, nicer furniture. MADE and I have really created a beautiful space and environment for people that are using the centre. I absolutely think they will love everything about it.

What has it been like to be involved in The Outside Project and hear about other people’s stories?

It’s overwhelmingly beautiful. I wish I had grown up knowing that there was a place like The Outside Project around the corner for me, or anywhere, for that matter, where I could run to when I needed a refuge from a society that tells me I’m less of just because of my sexual orientation or my gender.

As an African boy, having to walk into such spaces and realising that there is actually a community, that for me is humbling, and it’s beautiful. Teenagers, that’s who we have to think about – people that are still growing up and finding their way in this world. Those are the people that we should be taking care of. When your family has disowned you, to be able to know that I can run there and there’s somebody that will look after me and help. That for me is big. 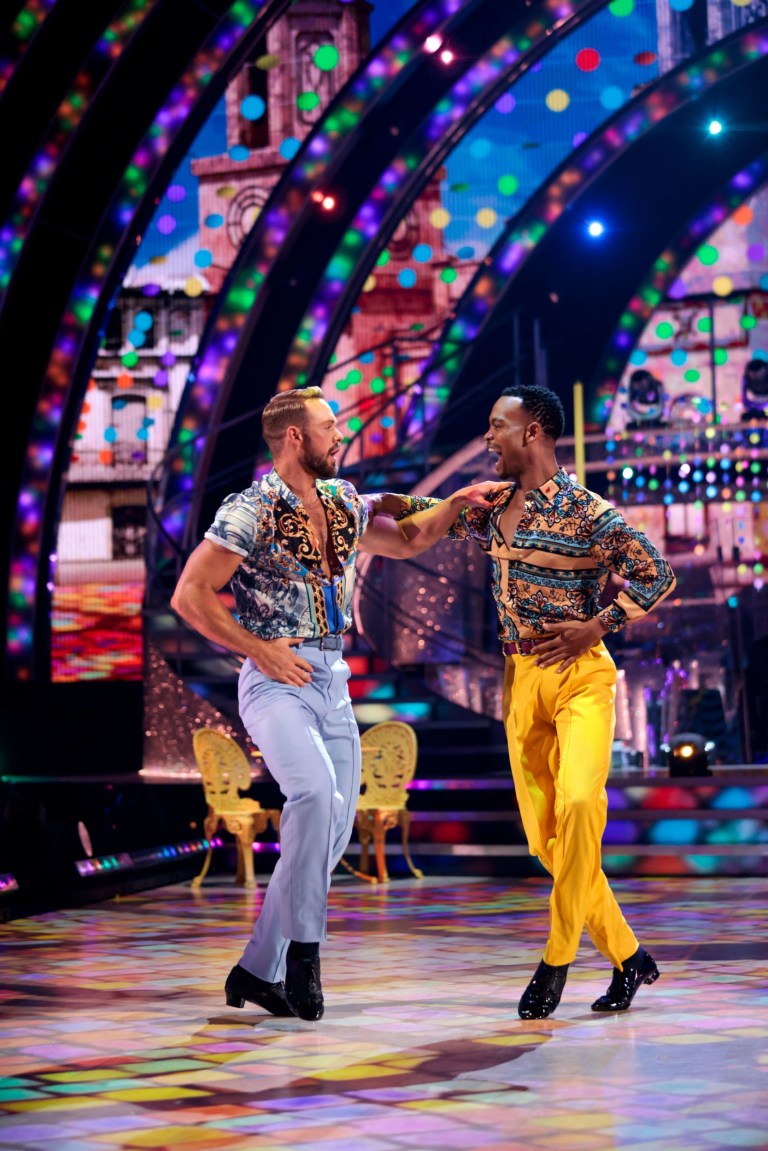 Johannes said that the overwhelmingly positive reaction to his partnership with John on Strictly was proof of ‘an awakening in society’ (Picture: Guy Levy/BBC/PA)

Could you please tell me a little bit about your personal experience throughout your childhood and adolescence growing up gay in South Africa?

I don’t like to revisit those dark times because I feel like I’ve lived through it, and I’ve made it to the other side. But, and I always say that I’ve received so much love for my friends and family, that I never ever, ever went out into the world to seek validation. That’s just my personal story.

When I stepped outside into the real world, I was quickly reminded that I’m less of, which is not true at all. So you grow up thinking that there’s something wrong with you because of the bullying, which I do not condone at all.

The reason why I ran to dance was because I felt safe there and I could be who I wanted to be. But in the streets of Zamdela, because it was young people and adults that seemed to have an opinion of our lives, of my life for that matter. For the longest time I had to – even now – go to therapy to help with my self-esteem and my confidence and just to know that I belong. So, once again, thank you to spaces like this. 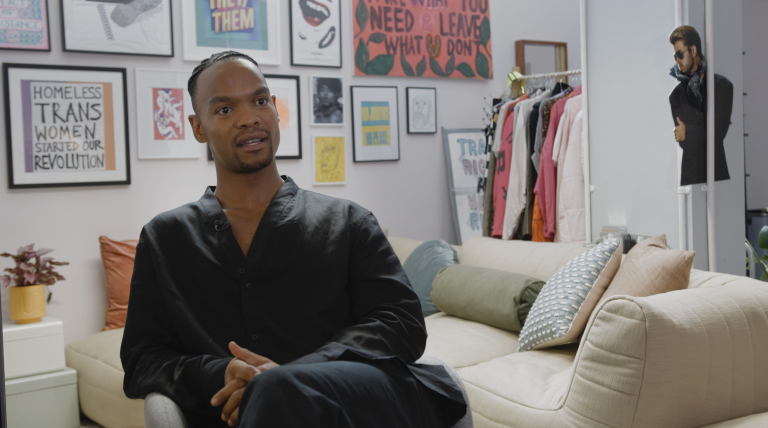 Johannes said he doesn’t like to revisit the ‘dark times’ of his younger years in South Africa (Picture: The Outside Project/MADE.com)

What would it have meant to you to have had a space like The Outside Project yourself?

What do you think people in society can do to raise more awareness and combat issues such as homelessness and domestic abuse, issues faced by some of the people who are supported by The Outside Project?

Now that I’m here, all I’m asking for is some space as well to be included, in whatever it is that everybody is doing, because it’s the saddest thing for somebody to feel like they’re outside services and things are not catered for them. I think if organisations all around, could just recognise that people like us exist, we’re halfway there. 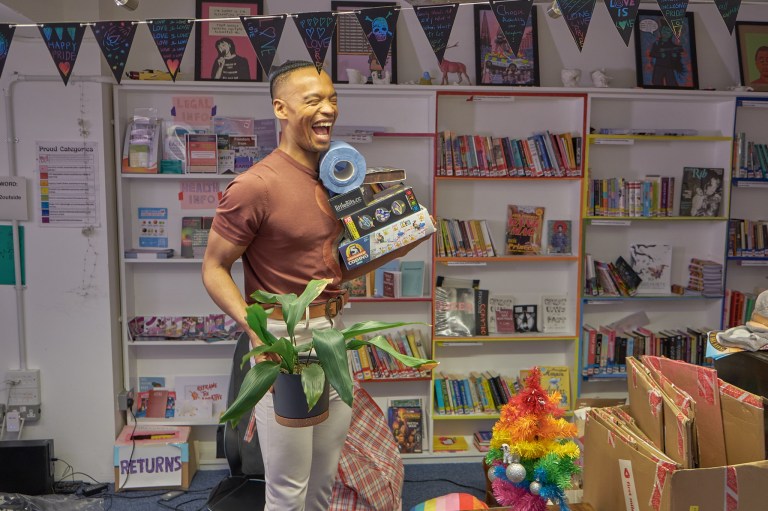 The professional dancer feels passionately about the community centre (Picture: The Outside Project/MADE.com)

Do you have any future projects coming up with The Outside Project, or is the focus currently just to let people relish in the MADEover of the space and enjoy it?

Let people enjoy, let people relish, let people come in. I think more than anything, what I would do is also just spread awareness. I love what it stands for. It’s a diverse community centre. That for me is a key.

There are kids out there, and the common thing is that when they are going through what they’re going through, they always say that “we don’t have somebody to talk to, or we don’t have places to go to”. So it would be nice now to turn around and say, “Actually, I know exactly who you can talk to and where you can go to,” and that is what I will be doing. Just bringing more awareness to say that there’s a safe haven. 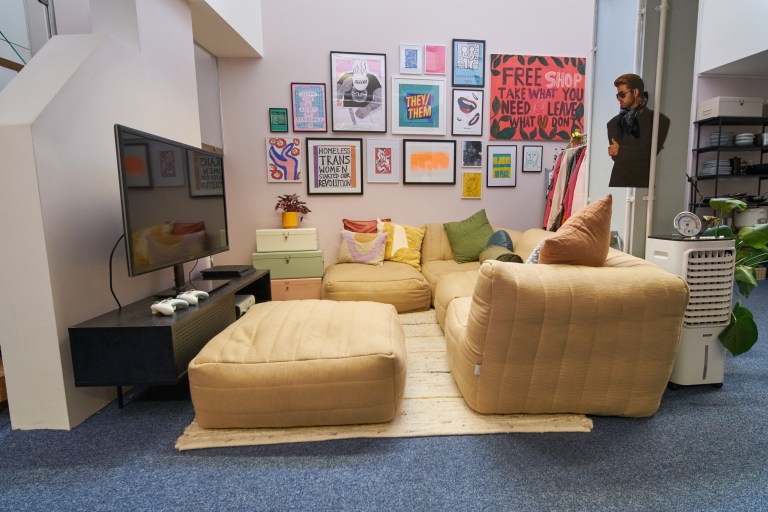 Do you remember when you first heard about The Outside Project? What were your first thoughts about the community and organisation?

I have to say, when I got into the country and into the United Kingdom, I was blown away. I was blown away that there is actually a centre where people can go to, and there’s a few charities around the country. But specifically, The Outside Project, it caters to everybody, and it does focus on trans and gender non-conforming people. That’s just the beauty of it.

I think that concept that there is places you can go to, I find it amazing, because you don’t find that anywhere else in the world. And if they do exist, they don’t have the funding that they need and the support for that matter. I have to really applaud this country for being very progressive in a lot of ways. 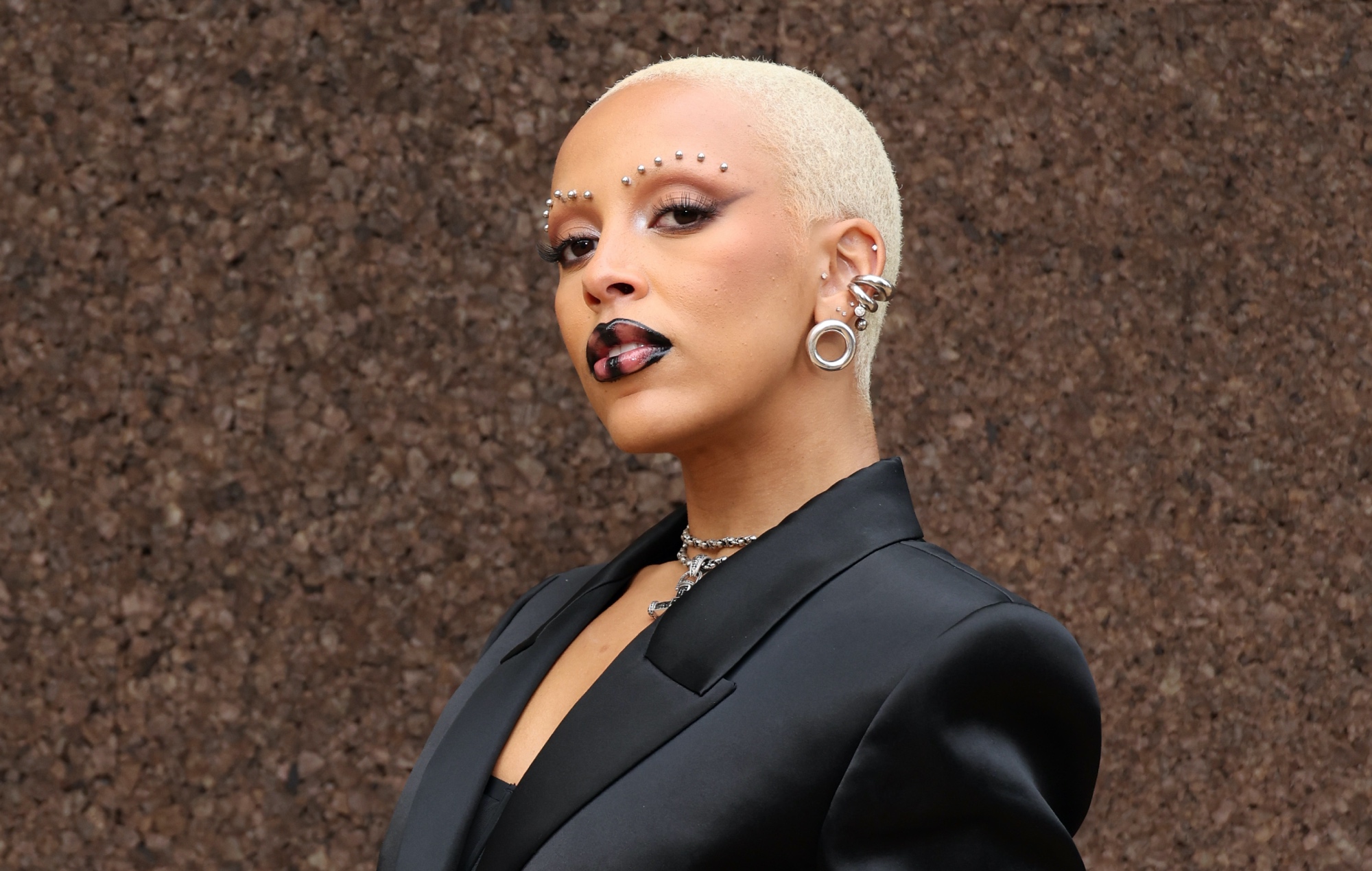 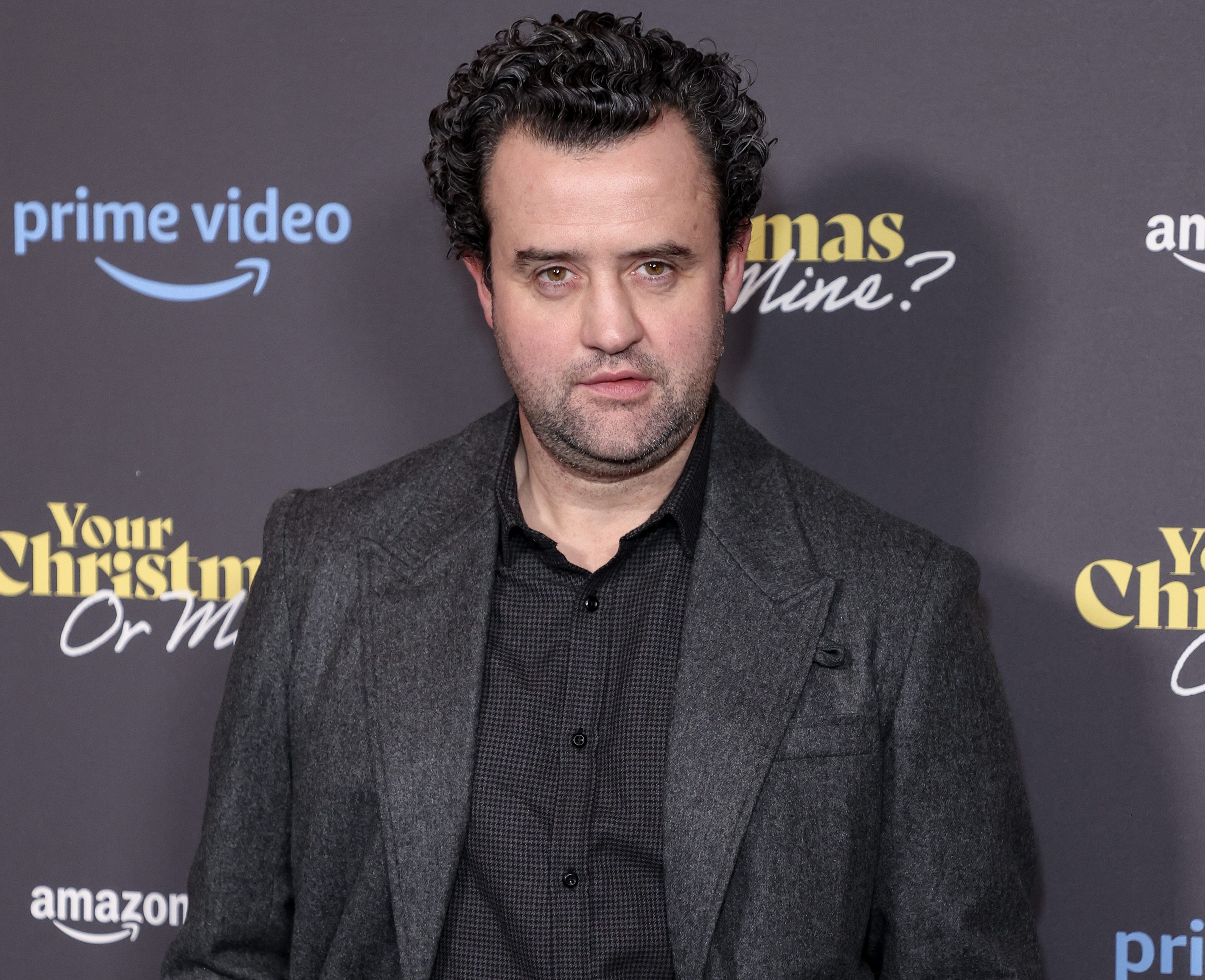