Jayde, oh we do love you (Picture: BBC/PA)

Strictly Come Dancing star Jayde Adams has zero time for weight shaming and her response to trolls is everything you need to read today.

The comedian-turned-dancer has dominated the Strictly dancefloor for the past two weeks with professional partner Karen Hauer.

For their first dance, they delivered a seriously sassy samba to Dirrty by Christina Aguilera, before pulling off a powerful tango in week two to Adele’s Rumour Has It.

The couple have already garnered a legion of fans thanks to their adorable partnership and hilarious antics in training.

But, sadly, the Bristol-born actress has also encountered trolling, with recent comments attacking her body size.

In true Jayde fashion, though, the performer shut them down quicker than you could say, ‘Keep dancing!’ and even offered her supporters some words of wisdom. 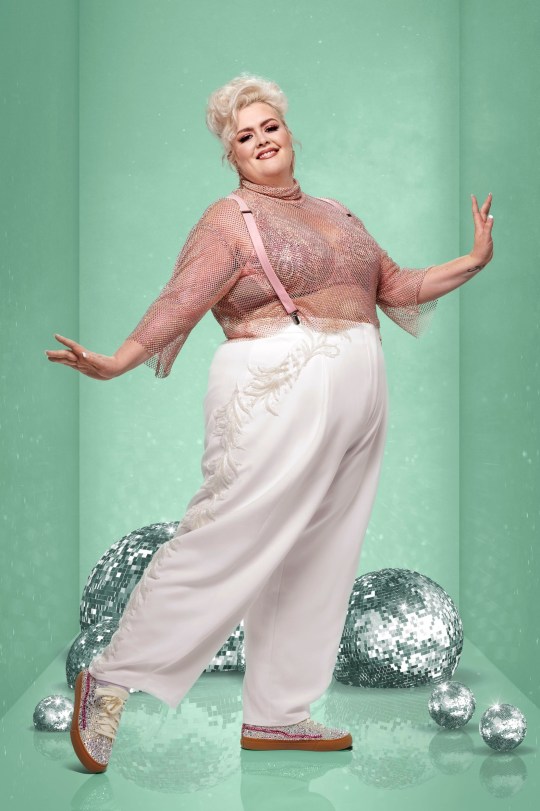 The comedian had the perfect response to trolls trying to weight shame her (Picture: PA)

She initially responded to a tweet suggesting she had the ‘BMI of a combine harvester’, but refused to let it destroy her confidence.

‘I’m dead sexy and successful though babes, so who gives a flying s**t’, she hit back, much to the delight of her followers, with one declaring: ‘I want to be you when I grow up!’

‘Great response to a hideously unkind tweet…you were fab @jaydeadams ..keep being you..’, replied another. 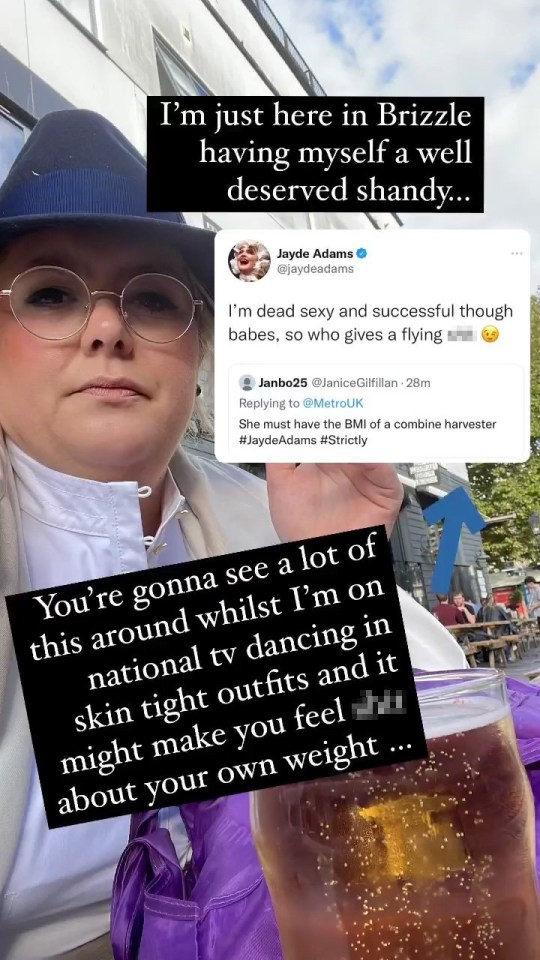 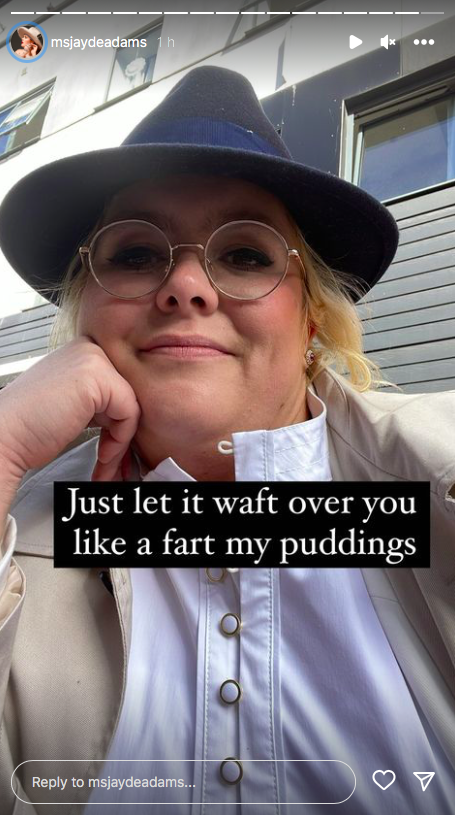 Now THOSE are words to live by (Picture: Instagram)

Jayde later took to Instagram to speak out further on the weight shaming, sharing a selfie of her enjoying a ‘well-deserved shandy.’

Referencing the original tweet, she offered some words of encouragement to people who might be a similar size to her: ‘You’re going to see a lot of this around whilst I’m on national TV dancing in skintight outfits and it might make you feel s**t about your own weight,’ she added.

‘Just let it waft over you like a fart my puddings.’

Jayde, we love you. 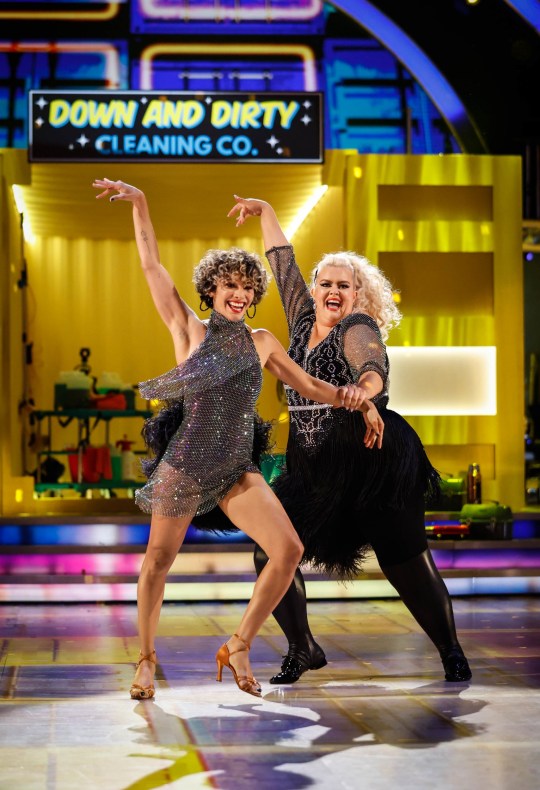 Jayde and Karen are already smashing Strictly out the park (Picture: PA)

The funny lady and Strictly’s longest-serving pro Karen have formed a dream bond over recent weeks, with Karen even letting slip that she’s ‘more comfortable’ with Jayde than any other partner she’s had.

‘We’re like a pair of old slippers,’ Jayde told Metro.co.uk, explaining how she and Karen have just been the perfect fit.

‘It is true I think but I think that’s what you need in a partnership: you have to be comfortable with one another,’ Karen added.

‘Our communications really good like we can chat and talk as coach and student or as friends or as women.

‘It’s amazing the levels that we go into, the topics and obviously the dancing we can really connect everything to that.

‘I definitely have never felt this comfortable with any other partner – don’t tell them.’

Jayde praised Karen for ‘welcoming’ her into her family too, as the pair have a WhatsApp group with Karen’s husband, Jordan Wyn-Jones.

The pair are Strictly’s second female-female partnership, following in the footsteps of boxer Nicola Adams and Katya Jones, who made history as the show’s first same-sex coupling in 2020.

Strictly Come Dancing airs Saturday and Sunday on BBC One.