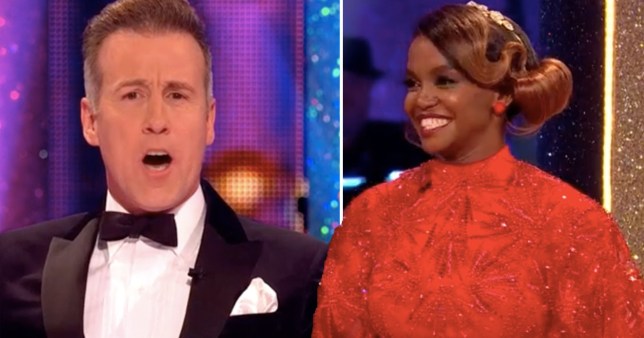 Anton has been standing in for Oti’s sister, Motsi Mabuse, on the judging panel after she had to self-isolate following an urgent trip to Germany.

On Saturday’s show Anton managed to rile up the audience after he critiqued Oti and Bill Bailey’s routine.

While he praised the couple’s moves on the dancefloor, Anton mispronouncing Oti as ‘Otty’ despite having worked alongside her for literally years did not escape viewers.

They tweeted: ‘Anton mispronouncing Oti’s name. Has he never met her before?’ and ‘Did Anton call oti otty’.

Others added: ‘sorry did anton get oti’s name wrong. they’ve been colleagues for YEARS’ and ‘can we talk about how many years Anton has worked with Oti, and yet still mispronounced her name’.

Are we all screaming at Anton for pronouncing Otiâs name wrong? Theyâve only worked together for what, 5 years?! ð¤¬ #Strictly

not defending him at all, but i wonder whether Anton made a mistake as Oti’s full name is Otlile, pronounced “ott-lee-lay”. Anton seems like a full name person

can we talk about how many years Anton has worked with Oti, and yet still mispronounced her name ð¨ ð #Strictly

Some pointed out that Anton may have been pronouncing her name as her full name which is Otlile.

They wrote: ‘not defending him at all, but i wonder whether Anton made a mistake as Oti’s full name is Otlile, pronounced “ott-lee-lay”. Anton seems like a full name person’ and ‘Do you think Anton always calls Oti Mabuse Ottie but it’s got too far now for her to correct him?’ 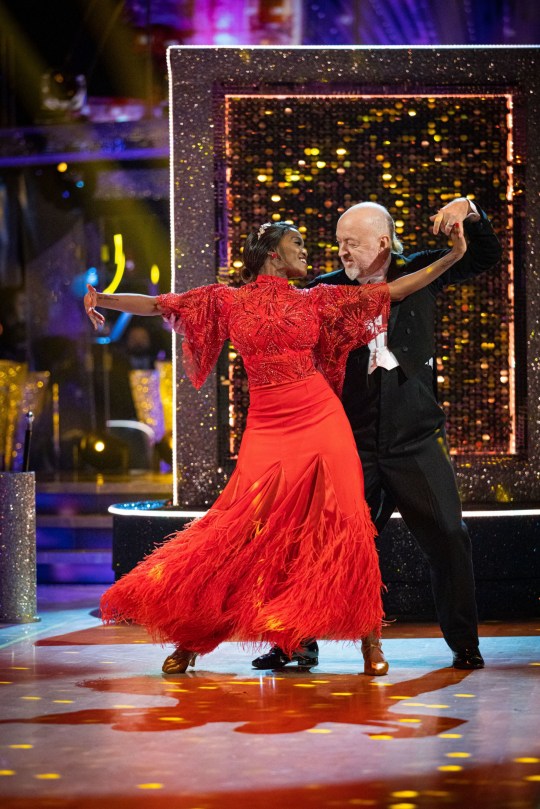 Bill Bailey and Oti impressed the judges with their routine (Picture: PA)

Later in the show, Motsi made a cameo from her home to confirm that she would be back in her seat on the judging panel next week.

She told Claudia Winkleman: ‘I have enjoyed the show. It’s been amazing. Well done, you guys have done so well. You can be proud of yourself. Every single one of you.’

Motsi had had to travel back to Germany after the dance school she owns was targeted by thieves who tried to break in.

Strictly Come Dancing continues on Sunday on BBC One.