The former player, 38, who has been rehearsing for up to eight hours a day with two-time winner Oti, 31, even compared his pre-training stomach to a beer keg.

Ugo Monye has lost 15 pounds and compared his pre-show stomach to a beer kegCredit: Rex 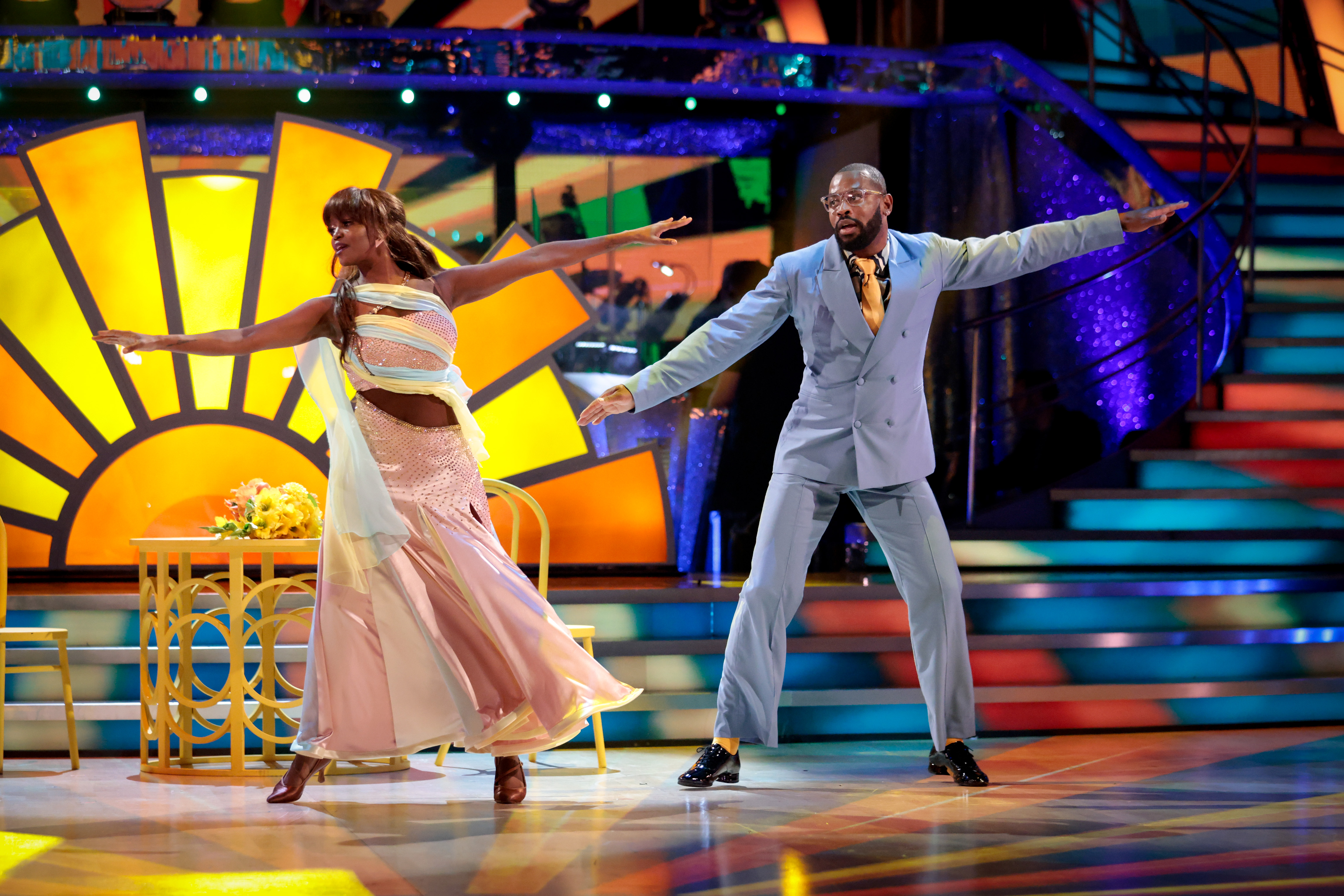 Ugo has been rehearsing for up to eight hours a day with two-time Strictly winner Oti MabuseCredit: BBC

He said: “We’ve been training for three weeks and I’ve lost 15 pounds.

“Lockdown three I went hard for it, I ate and drank whatever I wanted so I had 15 pounds to lose, trust me.

“The show couldn’t have come at a better time. I wear my smart watch to clock how many steps just because I don’t think people appreciate that dancing is a true athletic sport.

“Part of that is how graceful and effortless people like Oti make it look.

“When you see people just sashaying across the floor you think it’s not hard, but you’re seeing the finished product. But this week we’ve danced over 50km, which is just extraordinary.

“When you think about doing that on the balls of your feet and travelling at pace, my max heart rate is 185 beats per minute and I’ve got to the mid 170s this week.

“And 185 beats per minute was playing rugby when you’re taking tackles, sprinting and doing everything.

So I hope people get a sense of just how tough it is, it’s not just being athletic, graceful and flexible, at the core they are incredibly fit human beings.”

Asked if he had a six-pack the dad-of-two said: “It was more like a keg in February, but I am starting to get definition back. It’s coming back.”

Ugo, who performed the quickstep last night, dedicated his first dance the previous week to his father who passed away after attending the funeral that morning.

He revealed that the show had provided him with a positive focus.

He said: “Last week I was practicing some of my routine in Waitrose at the end of the night, in the shower you’re going over the steps, in bed you wake up and go over the steps. It’s all consuming but in a really good way.”