KYM Marsh has been struck by “crippling” nausea and dizziness during Strictly rehearsals – and fears vomiting on the live show.

The former Coronation Street star, 46, who is paired with Graziano Di Prima, suffers from visual vertigo after developing an issue with her inner ear.

Kym Marsh has been struck by ‘crippling’ nausea and dizziness during Strictly rehearsals – and fears vomiting on the live showCredit: PA 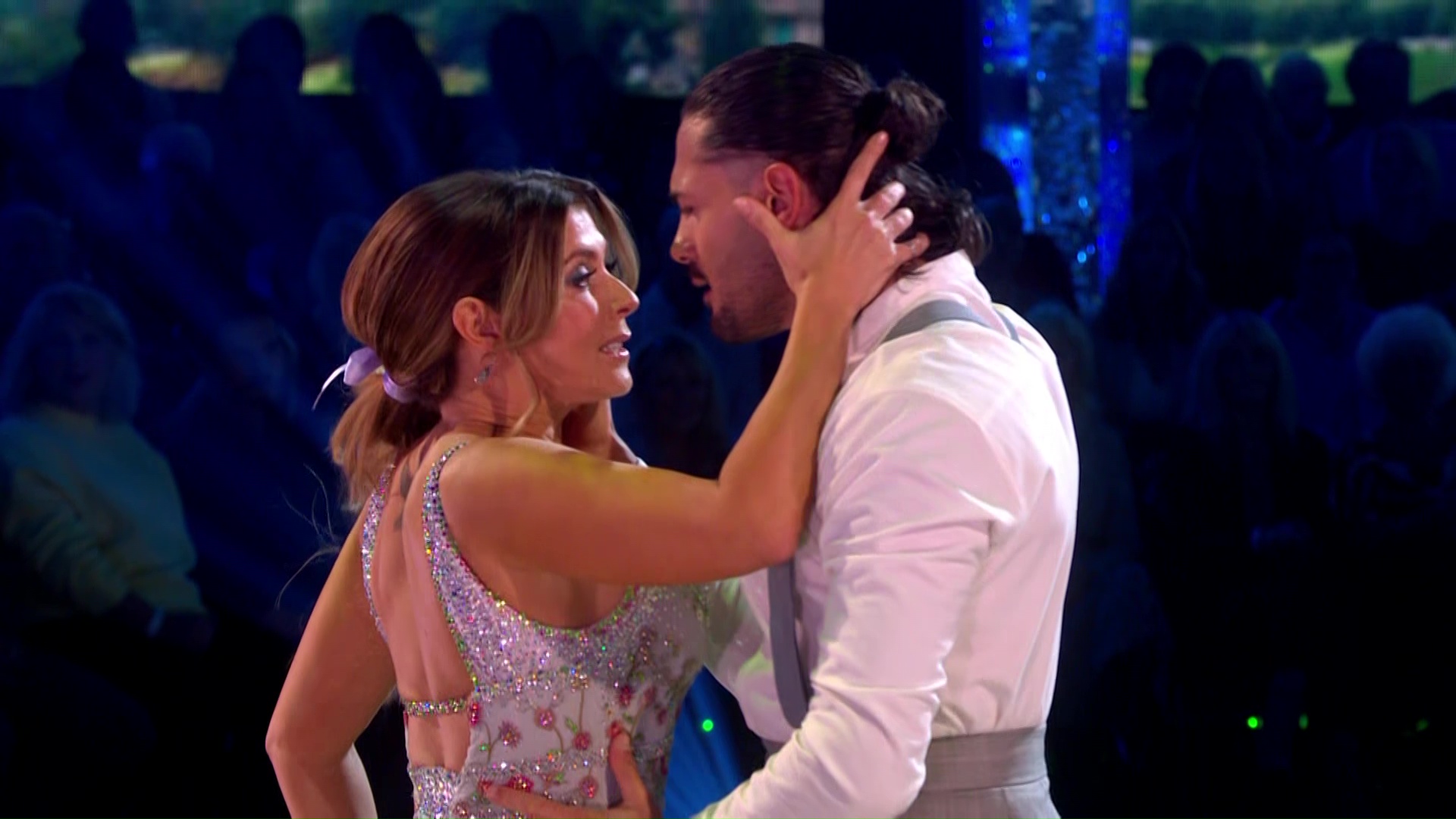 Visual vertigo leads to a “sensitive” balance system which can be easily overwhelmed by rapidly changing visual surroundings – such as bright lights or travelling on a moving escalator or motorway.

And sources say the BBC Morning Live host has been repeatedly on the brink of vomiting while practicing the Viennese Waltz, which involves intense spinning.

She performed it on last night’s live show.

A show source said last night: “Kym has struggled with nausea and dizziness all week, and at times she has felt really horrendous, though she has tried to play it down. 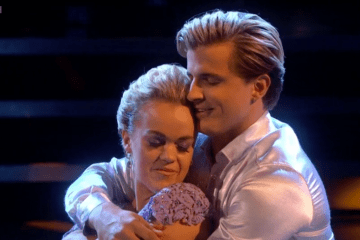 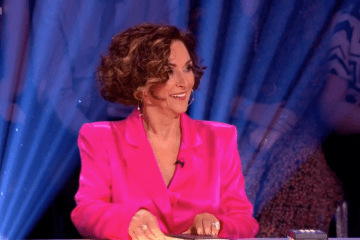 “The Viennese Waltz involves a huge amount of spinning and there is no way around that – so she has just had to battle through it.

“Her partner Graziano has tried to make it easier for her, but there has been a lot of difficult spells and tears, and she has nearly vomited several times.

“She was worried that she might be sick, or even pass out, when they danced the whole routine. But she is a trooper, and she was determined to get through.”

Kym and Graziano, who danced to Runaway by The Corrs last night, impressed the judges on their debut with a lively jive to Yes by Merry Clayton.

And the routine won her praise from the judging panel – though partner Graziano later admitted he was disappointed that Craig Revel-Horwood had scored them only a four.

Speaking on spin off show It Takes Two on Friday, he admitted that “apart from Craig” he was very happy with their place on the leaderboard.

Meanwhile Kym – who is juggling the show with filming for her part in the BBC’s upcoming revival of Waterloo Road – admitted to struggling this week.

She told host Rylan Clark: “I’m spinning and spinning.. at one point in the routine it’s so fast, and then he wants to get up and do one on my own, which I can’t do at the best of times.

When asked by Rylan if the routine had got easier she replied: “No” before adding hastily: “No, it has, it has. It has when I’m with him (Graziano).

“But it’s when you’ve just finished turning and you have to do the bit on your own… I’m just going to do my best, because that’s all I can do.” 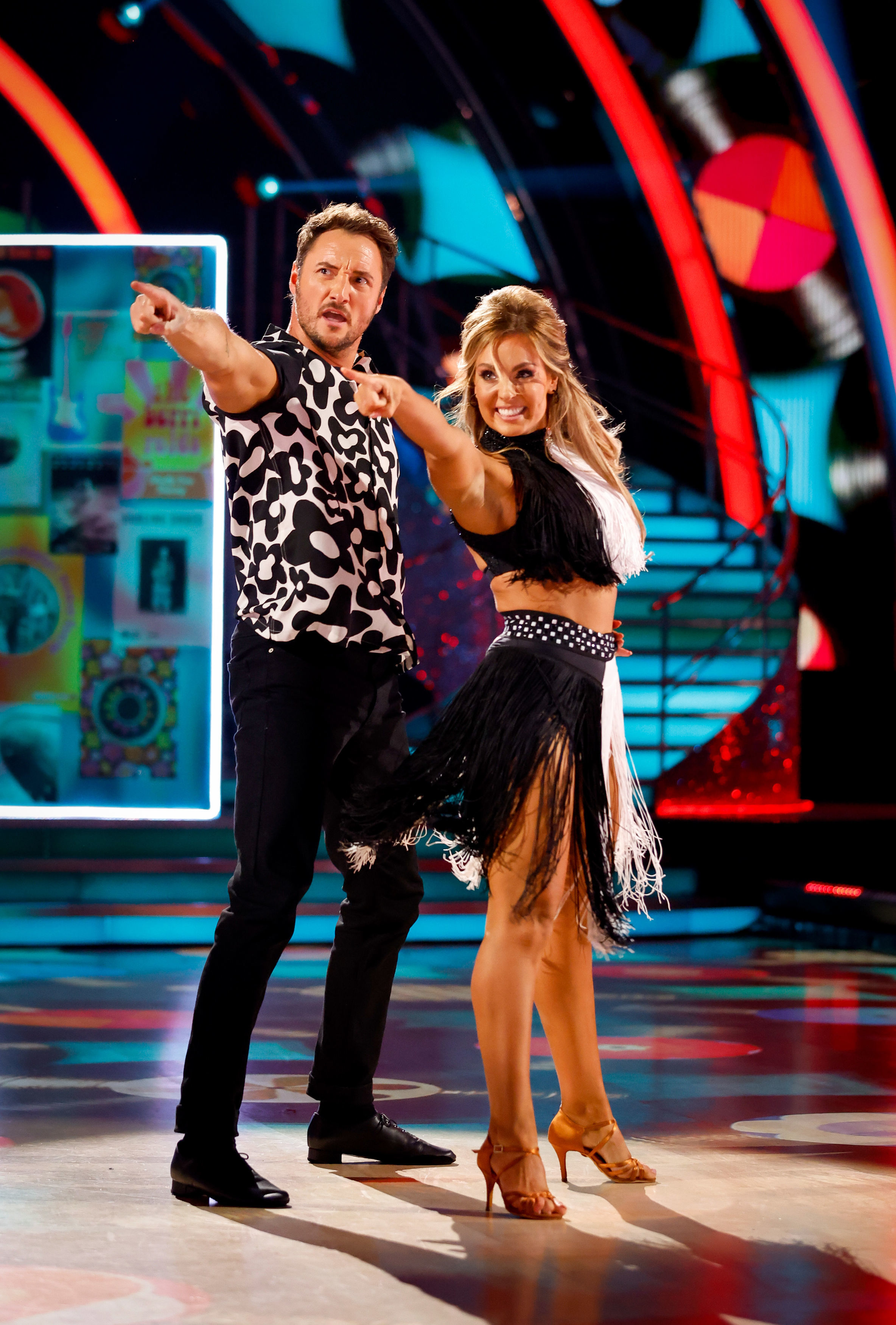 Meanwhile, fellow competitor James Bye says he isn’t just following partner Amy Dowden’s orders – his wife Victoria is cracking the whip when he is at home as well.

The EastEnder, who plays Martin Fowler, told how Victoria has been watching videos of his routines and chastising him for not training even longer.

He said: “You’d think I could get away from it all and have a rest at home but Victoria’s on it.

“But she is supportive whatever I do. If I tripped and fell down the stairs, she’d still think it was brilliant.”

James also told how he would love to dance to his wedding song on the show – Chasing Cars by Snow Patrol – after discussing it with Victoria.

He said: “Victoria said she wouldn’t mind because Amy would teach me a wicked routine.

“Then we could dance it really well, rather than what we did at our wedding which was going round on a circle and me treading on her toes.”

And the actor went on to reveal the advice he was given by his friend and former co-star — last year’s Strictly winner, Rose Ayling-Ellis.

James said: “Rose is just a ray of sunshine. Her only advice to me was just take every second in, because it goes so quick.”